Paddy Considine hints at HOTD death as he addresses future

House of the Dragon: Considine asked about his future roles

Actor and singer Paddy Considine is on screens as King Viserys Targaryen on the HBO hit fantasy series, House of the Dragon. With fans just two episodes in, it looks as though the character could soon meet his death after Paddy dropped a major hint about the show’s future.

House of Dragon made its highly anticipated debut on screens in August with Paddy Considine stealing the show.

He portrayed the ruler of Westeros, who suffered the major loss of his wife Aemma Arryn (played by Sian Brooke) and the next heir to his throne Baelon Targaryen.

Despite still grieving, the King received pressure from his counsel about choosing his successor and his next wife.

As a result, Viserys chose his daughter Rhaenyra Targaryen (Milly Alcock) to take over the iron throne and Alicent Hightower (Emily Carey) as his bride. 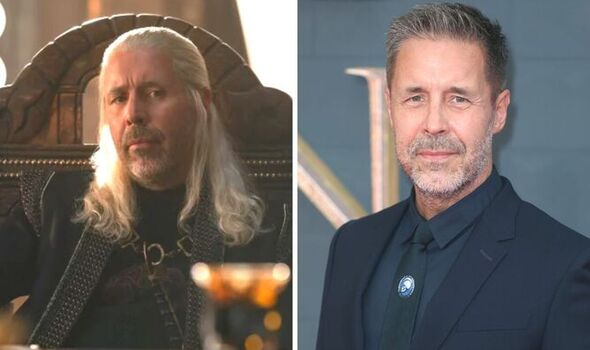 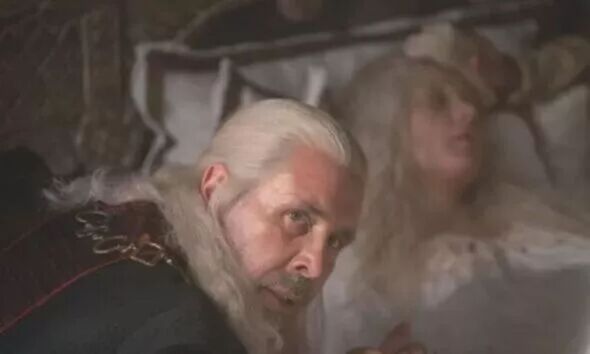 This came as a major shock, as Westeros had never had a female leader and Rhaenyra was also taken aback by her father’s choice for a wife.

This was because Alicent, her best friend, was set to become her stepmother and she was in fact 15 years old.

King Viserys is also expected to take on his brother Daemon Targaryen (Matt Smith) who was jealous and causing havoc as he was snubbed over the next heir role.

Although there are no reports of season two being in production, there’s a chance King Viserys could meet his death in season one. 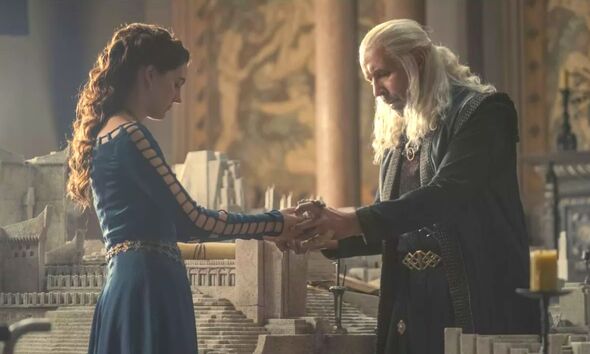 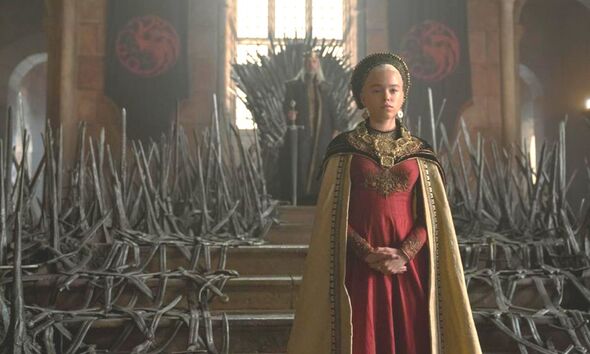 This clue came after Viserys star Paddy Considine revealed he was currently out of a job.

During an interview, the actor was quizzed about his upcoming project to which he responded: “Nothing, absolutely nothing.”

Reflecting on the filming process of season one, he revealed that filming took “just short of a year”.

“We finished last February and we went back and did a few days pick-ups, from being cast and this point has been around two years for me, with it being sort of around,” he said during a BBC Radio 6 interview.

“Just working on the music, we’re mixing the new single and that’ll be out hopefully late September, early October.”

This admission could come as a surprise to fans who expected his reign to continue into season two.

However, the viewers who have read the novel Fire and Blood, which House of the Dragon was based on, would know what point King Viserys would die.

Fans did get a glimpse into the future episodes after HBO released a Weeks Ahead trailer.

With a total of 10 episodes in season one, the trailer provided clues suggesting that Alicent would soon be pregnant.

The instalment would also likely include a time-jump as the young actors who star as Rhaenyra and Alicent will soon be replaced by older actresses.