PARENTS have been slammed for inviting Love Island's Danny Bibby to reportedly perform at a "10-year-old's birthday party".

Video shared online showed Bibby, 25, performing on stage for a crowd of kids. 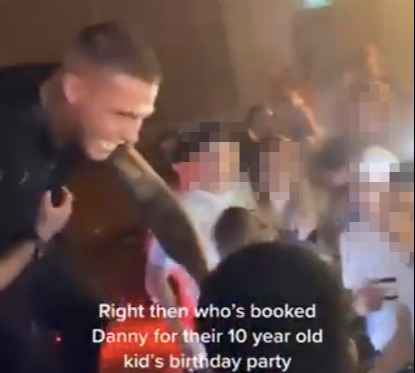 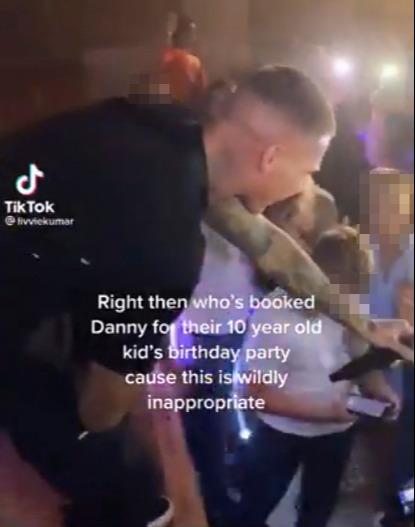 The footage was captioned: "Right then who's booked Danny for their 10-year-old kid's birthday party because this is wildly inappropriate."

A tweet in response to the video read: "Whoever allowed this is heavily irresponsible and didn’t think the whole situation through."

One viewer said the event was an under-18's 'club' in Kent.

The Sun Online has contacted Bibby's representatives for comment.

Bibby's use of the n-word in a social media post before appearing on Love Island sparked more than 1,500 complaints to Ofcom from viewers when he did enter the villa on July 15.

He was caught up in a race row after eagle-eyed fans spotted him using the slur underneath an Instagram post.

Bibby took to his social media to explain and apologise about the comment.

He wrote to fans: "Hello everyone, I am finally home safe and sound and back with my friends and family and more importantly my cat Ruffin.

"Whilst I would have liked to have stayed in a little longer so people could have got to know the real Danny Bibby, I am glad to be back so I can address the matter of the post on Instagram properly.

"Whilst I was made aware of this and issued an apology whilst in the villa, the matter has always been on the front of my mind during the days in there and I would like to now add to what was said."

He went on to add that he was "truly sorry" for using the word after seeing the backlash on the post and across social media.

He added that it came from his admiration of rap music and that at the time he was not aware it would cause offence due to the way it was written.

"After seeing all the comments and reaction to the post, I understand more that the use of the word, even in the way it was written and intended, is deeply offensive to people and I am truly sorry," he went on.

"I was always aware that written in the other way was a vile term, and I would never use it. But I was unaware that the way I used it was not.

"I have listened too the likes of 50cent, drake and Eminem since I was a kid, and I used it like they do as a term of friends/bro/brother.

"THAT IS THE TRUTH. I now know the term is unacceptable in any context, and will NEVER use it again.

"Education is key to solving problems, and I have learned a very valuable lesson. I hope others will too. I whole heartedly apologise to anyone who I have offended and ask your forgiveness."

He concluded the apology by saying he wanted to live a "normal life" and was hoping the incident would be put in the past.

After leaving Love Island, Bibby blasted the show for editing his time there to fit in with a deliberate storyline – and says he was called a “manipulator” and “wife beater” by viewers as a result.

He said: "I can’t emphasise enough how the show is made to be a show for entertainment.

"If they showed me laughing and joking with Kaz Kamwi, it wouldn’t fit the storyline.

The plumber – who was caught in a love triangle with Aaron Francis and Lucinda Strafford – added on his TikTok account: “I’m the nicest guy ever.

"But I get why people think I’m an absolute psycho because I was the only one who had a pair of balls and said something when someone did something wrong.

“If they showed you what everyone got up to you wouldn’t be interested, it’s just everyone having fun.” 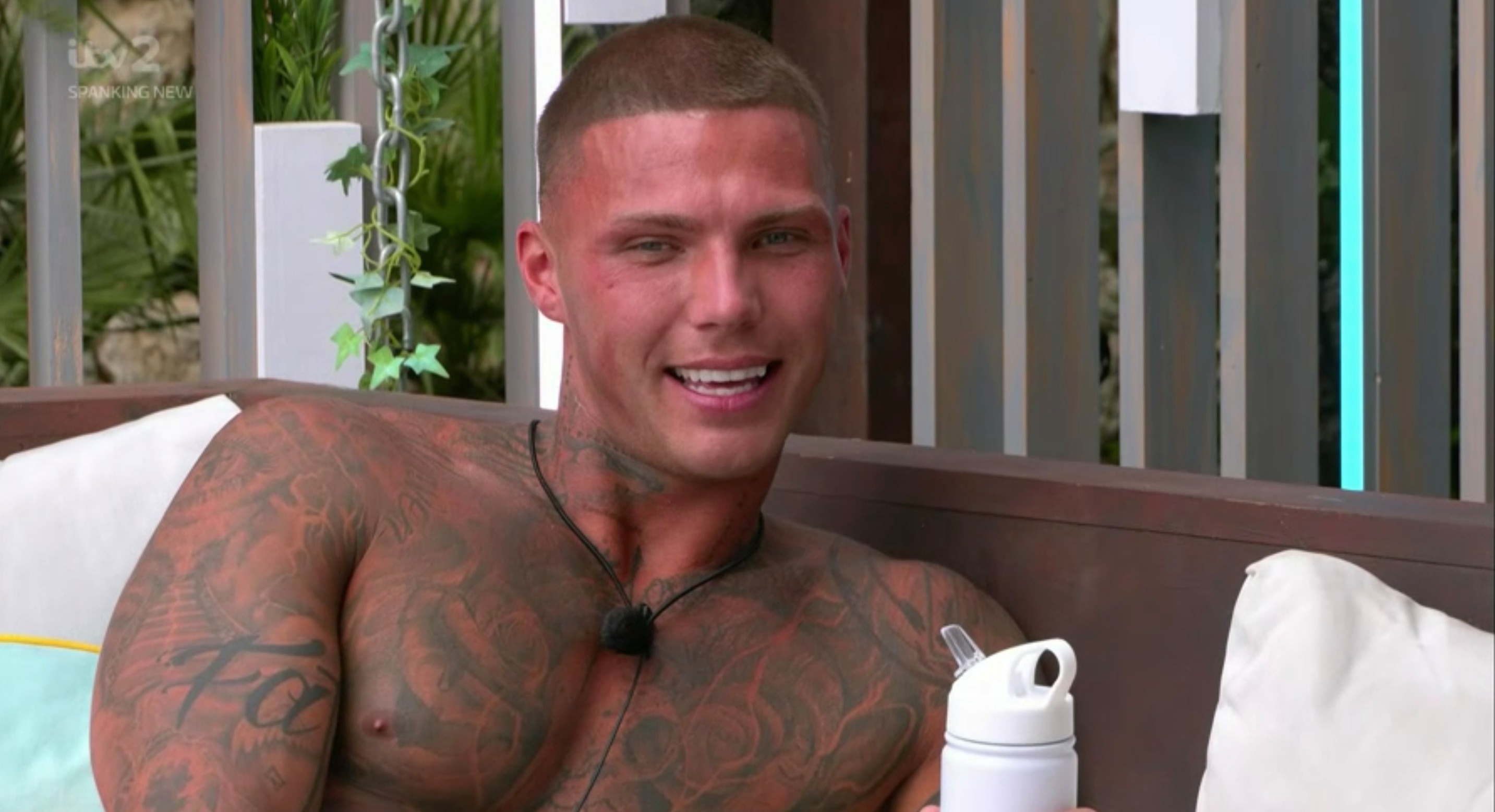 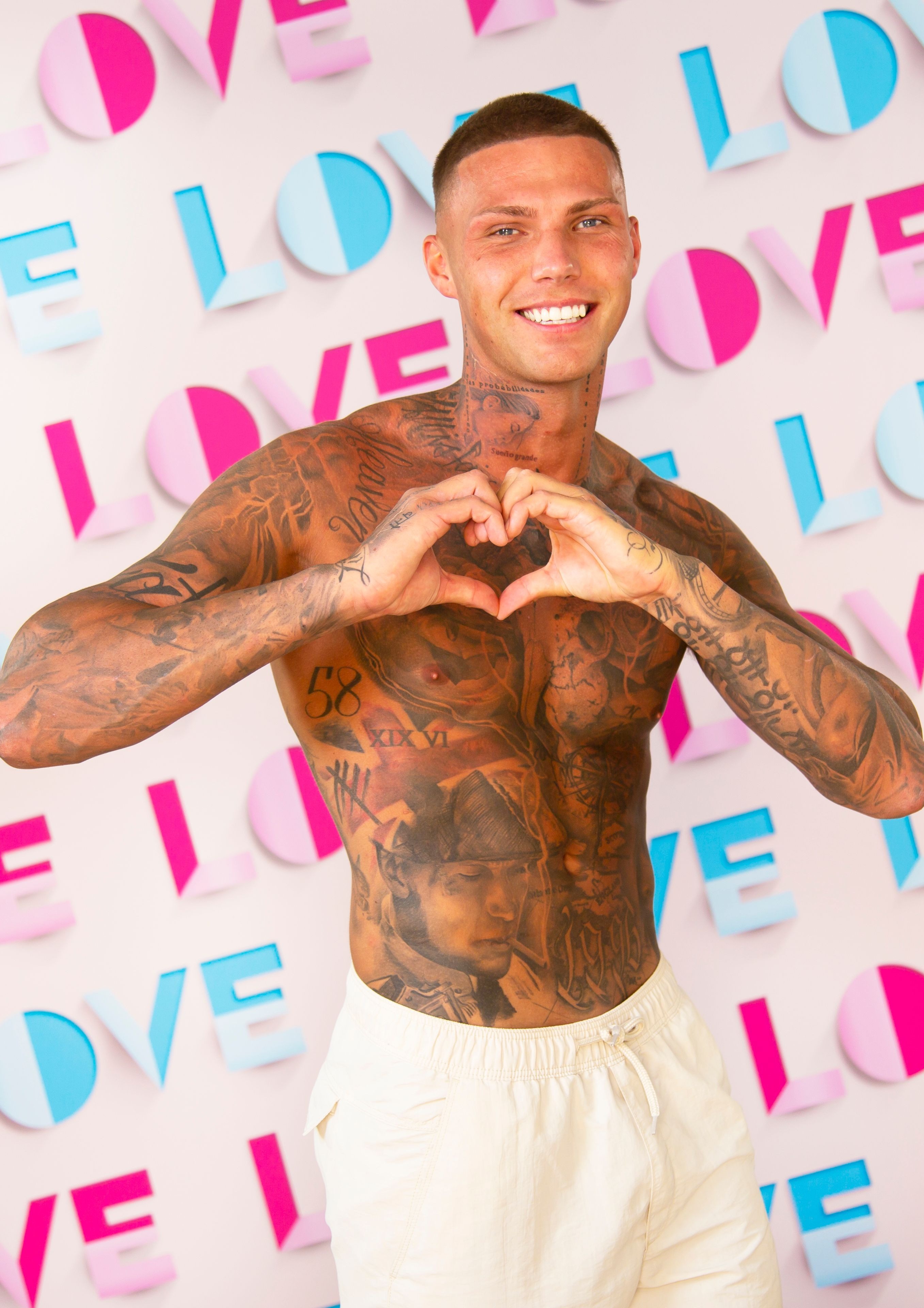