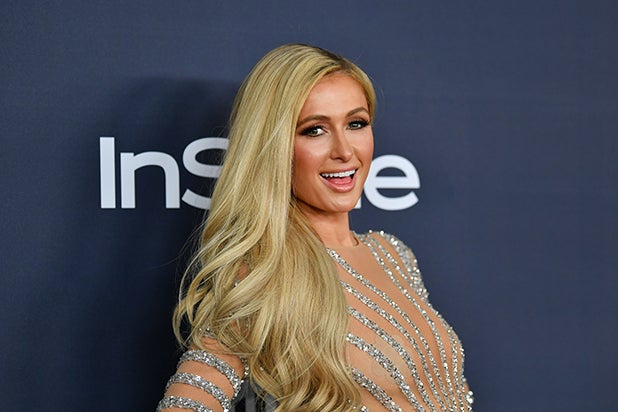 Under the two-year agreement, the “Simple Life” alum will develop, executive produce and star in original unscripted television programming for TV and streaming platforms.

Hilton has partnered with People and Entertainment Weekly’s Bruce Gersh to launch her new production company, and Gersh will executive produce all of Slivington Manor’s projects alongside Hilton. A separate production company executive will be added to oversee creative strategy and development.

“Launching Slivington Manor Entertainment is a dream come true and I am so excited to continue connecting with my fans across the globe both in front of the camera and as a producer,” Hilton said in a statement. “I am looking forward to working with the incredible Warner Bros. team to create new thought provoking and inspirational long-form content and am beyond thrilled to reunite with Mike Darnell.”

“I’ve known Paris since the ‘The Simple Life’ brought us together almost 20 years ago,” said Mike Darnell, president of Warner Bros. Unscripted Television. “She has always been an incredible talent and entrepreneur. I couldn’t be more excited to be working with her again and can’t wait for the world to watch the next chapter of her life.”

Darnell was president of alternative at Fox when the network debuted “The Simple Life” in 2003.

For Hilton, the deal marks a return to the world of reality TV after her time on shows like “The Simple Life,” “Paris Hilton’s My New BFF” and Oxygen’s “The World According to Paris.” She most recently produced the YouTube documentary about her life, “This Is Paris,” and currently hosts an iHeartRadio podcast of the same name.