Peaky Blinders has been keeping BBC viewers entertained since 2013 and with many characters having come and gone, one person who has remained on the show is the head of the Shelby family business, Tommy Shelby (played by Cillian Murphy). The gangster fell in love and married Grace Shelby (Annabelle Wallis) who tragically died later on in the series. Now, fans have spotted an error in a scene shortly after the pair first ended up getting close back in season one regarding Tommy’s cigarette use.

Last season saw some of the show’s most tense moments ever with a dramatic climax saw Tommy looking to take his own life.

Season five saw Tommy’s feud with enemy Oswald Mosley (Sam Claflin) continue to grow and he made plans to get revenge on the politician.

Tommy planned to have Mosley assassinated but when his plan was foiled at the last moment, the gang ringleader was left humiliated.

After Mosley’s life was spared, Tommy was left not knowing where to turn and ended up having more visions of his late wife Grace. 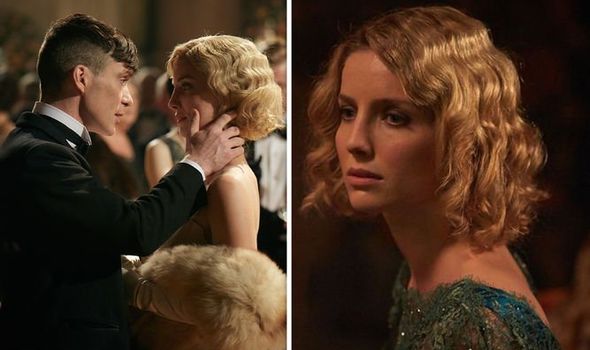 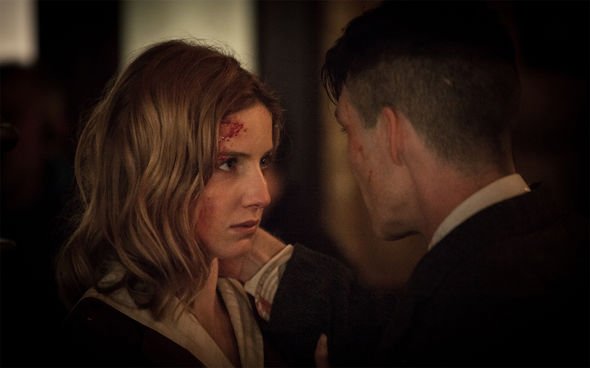 Tommy ended up walking through a misty field as Grace urged him to join her so they could be reunited in death.

The last scene saw a frantic Tommy point a gun against his head and viewers are desperate to know whether he pulled the trigger.

However, with his fate unknown to viewers, those watching were left saddened when Grace was shot dead in the midst of a party she was hosting with her husband.

The Shelby wife was killed by mistake by an Italian assassin on the orders of Vicente Changretta (Kenneth Colley) after taking a bullet meant for Tommy back in season three. 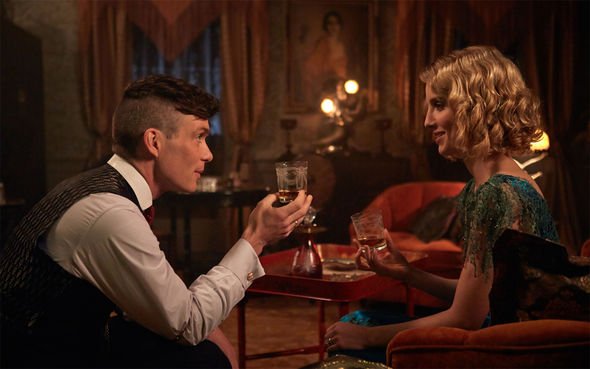 Now, one viewer has explained a glaring error in a key scene with Tommy and Grace which marked the beginning of their partnership.

Back in season one, Grace was employed by the Shelbys after Tommy had taken an instant liking to the beautiful blonde.

A viewer on MovieMistakes.com has pointed out Tommy made a huge error whilst celebrating with Grace, involving his cigarette.

The user said: “Thomas and Grace are sharing a drink to celebrate her employment with the Shelbys.

“Thomas pulls out a cigarette, puts it in his mouth (correctly), and then turns to the camera to reveal a backwards cigarette.”

This continuity error didn’t go amiss by the fan and it’s sure to not be the only one hidden in the drama as scenes are often filmed over multiple takes.

Grace was introduced as a local barmaid who was spying on the family after she took up a position at The Garrison Pub.

It was revealed the mysterious face was in fact working undercover for Birmingham Police but was put in a difficult position when she ended up falling in love with Tommy.

Grace ended up leaving for New York but when she returned, her feelings for Tommy resurfaced and the pair ended up having a fling, which led to the former becoming pregnant.

Eventually, Tommy and Grace got their dream wedding but it all ended in tragedy just months later.

The ringleader was heartbroken when his wife was killed and has not been dealing well ever since, with this being a key feature of the most recent season.

Will Tommy be revealed to have spared his life in season six or will he have decided to give in to the killer temptations given to him in visions of Grace?

Peaky Blinders seasons 1-5 can be streamed on BBC iPlayer and Netflix now.