This Morning viewers see Holly Willoughby and Phillip Schofield talk over some of the biggest issues of the day with their guest panellists in the This Morning View segment of the daytime programme. Today, Phillip and Andrew entered into a heated discussion over the new coronavirus rules regarding the hospitality sector which means pubs and restaurants now have to shut by 10pm, with the former laughing at the restriction.

From last Thursday, pubs, restaurants and bars were forced to close their doors by 10pm in another attempt to try and stop the spread of coronavirus.

However, with many members of the public questioning how much use the new rule will prove to be, one vocal commentator gave their own opinion.

Today, Andrew Neil – who last week announced he was leaving the BBC – mocked the Government’s latest response on the ITV show.

When shown a clip of city-goers dispersing out of venues at 10pm, Andrew laughed at the situation. 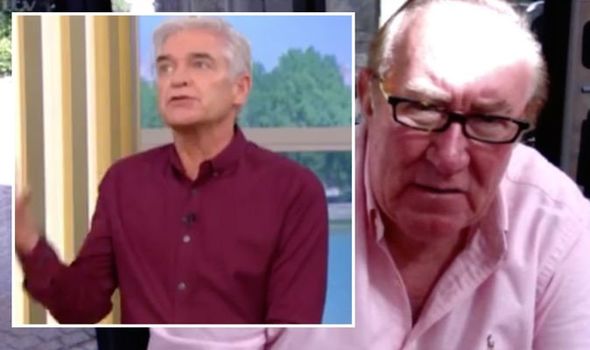 Phillip questioned his reaction, asking: “Andrew did you see this coming? You were looking at those pictures and laughing?”

Andrew responded: “Yes, because I just wondered what the scientific basis of closing at 10pm was and it turns out, there’s none.”

The guest went on to describe the move as “gesture politics” before adding the Government “need to be seen to do something.”

However, as Andrew continued to divulge his views, Phillip cut him off and noted the “tough time” those working in the hospitality sector had been having to endure.