This Morning has been hit with hundreds of Ofcom complaints after Phillip Schofield ‘mocked’ Matt Hancock’s dyslexia during a sit-down interview last week.

Today the television watchdog confirmed 628 viewers complained about the episode, with 626 about the interview with Mr Hancock.

An Ofcom spokesperson told Metro.co.uk: ‘We are assessing the complaints against our broadcasting rules, but are yet to decide whether or not to investigate.’

The former Health Secretary appeared on the ITV programme on December 7 and Phil wasted no time in asking him whether it was his learning disability that made him break social distancing rules over the summer.

Mr Hancock, who has dyslexia, was on the show to talk about the new bill he is putting forward to Parliament proposing all primary school children are screened for the condition.

But Phil took the opportunity to ask him about his rule-breaking back in the summer after a video was released of the MP embracing his colleague Gina Colangelo.

‘Was it your dyslexia that meant you misread the social distancing rules?’ Phil asked him.

Holly Willoughby was seen smirking at her co-star’s line of questioning before the guest gave his answer. 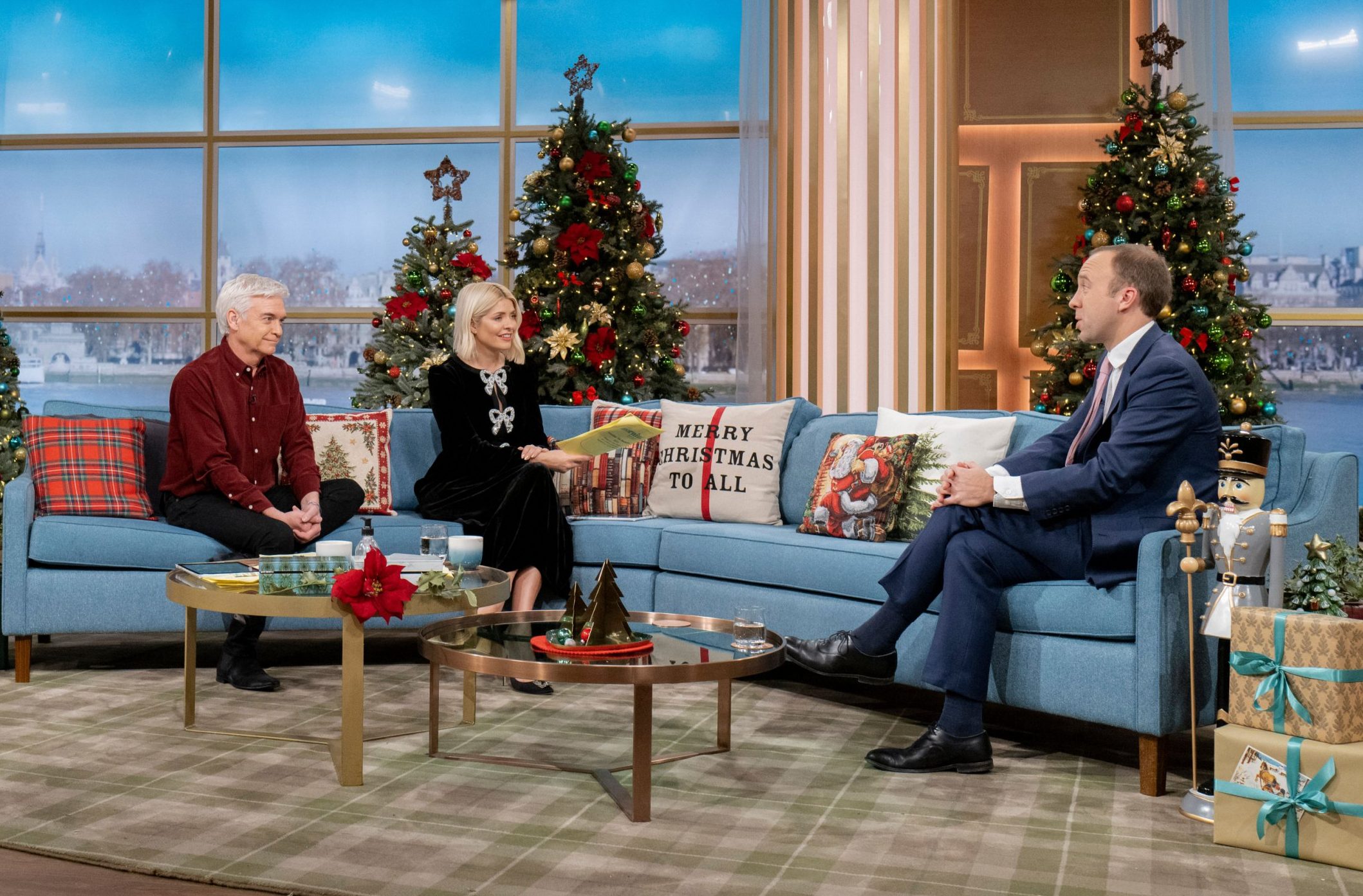 Mr Hancock replied ‘No, I can’t blame that in dyslexia or on anything else.

‘In fact, I’m not asking for any special favours because I’m dyslexic. In politics, I’ve got some things to offer, in that case, that was a mistake and apologised for it.

@Ofcom will you be investigating @thismorning mocking disabilities?

As much as @MattHancock is a philandering and frankly abysmal politician, who led the UK blindly during a pandemic

Why does @ITV @thismorning feel that @Schofe is within his right to mock anyone by referring to dyslexia?

@Ofcom are you allowing the disgusting reference made to Matt Hancock by @Schofe regarding his disability? Maybe Schofield should be made to apologise to all those whose lives blighted with this disability including Matt, reporting him @thismorning disgraceful utterly disgusting

‘It was a failure of leadership, I came on shows like this and asked people to do things and then didn’t follow those rules myself.’

Many viewers hit out at Phil’s quip on social media, with one slamming: ‘@Ofcom are you allowing the disgusting reference made to Matt Hancock by @Schofe regarding his disability?

‘Maybe Schofield should be made to apologise to all those whose lives blighted with this disability including Matt, reporting him @thismorning disgraceful utterly disgusting.’

Echoing a similar sentiment, another penned: ‘@Ofcom will you be investigating @thismorning mocking disabilities?’

This Morning airs weekdays from 10am on ITV.