Pointless fans were expecting to tune in to see a noughties episode of the celebrity version of the show tonight but to their dismay, it was cancelled at the last minute.

The quiz show had been scheduled to appear on BBC One at the time of 19:35 according to TV guides, but it never aired.

Instead of being greeted by Alexander Armstrong and Richard Osman, viewers tuned in to be met with Wimbledon tennis and the coverage of the first mixed doubles rounds.

Almost ten minutes after the episode should have aired, Sue Barker, the commentator for the live tennis coverage addressed the last minute change to the tv schedule. 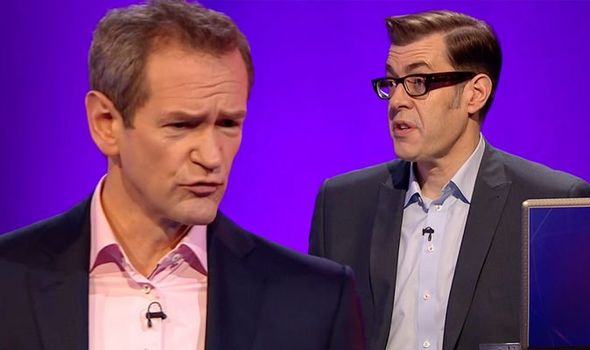 She told viewers: “If you’ve tuned in to watch Pointless Celebrities, that will now be shown at a later date, we’ve got celebrities winning points here on Centre Court!”

However, some quiz fans were not happy with the alternation.

Taking to Twitter to comment, one said: “Tonight’s #PointlessCelebrities has been cancelled because of ongoing #Wimbledon coverage. #Pointless.”

Another said: “Here we go! Stand by for BBC1’s schedule going out of the window (well the #Pointless repeat cancelled and the rest delayed) #Wimbledon.”

“I’ve tuned in to watch a 2 year old repeat of Pointless Celebrities on prime time Saturday night and what do I have instead??? Live tennis. Ridiculous. #bbc1 #Pointless #PointlessCelebrities #wimbledon,” someone angered.

“And yet again #Wimbledon messes up another nights viewing just stick it on the red button #pointless,” one fan said.

Someone else remarked: “[email protected] #pointless ousted by Andy and Serena. I hope they will be on the show in the future to compensate.”

As for what was in store for tonight’s Pointless Celebrities episode, the competing duos were made up of stars who had found fame in the first decade of the 21st Century.

Badminton player Gail Emms, who won a gold medal at the 2006 World Championships was partnered with former super-heavyweight boxer Audley Harrison, who claimed gold at the 2000 Olympic Games.

Also on the show was comedienne Katy Brand who was in a team with Brian Belo, who won Big Brother back in 2007. 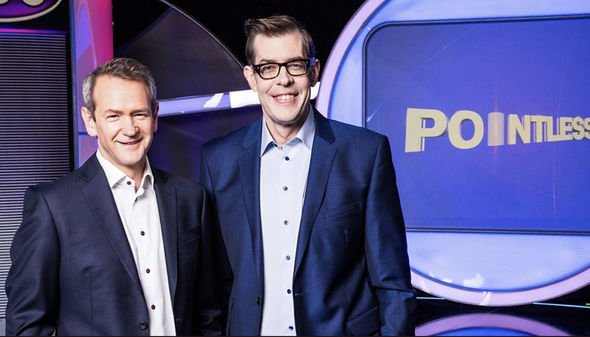 The final pairing hoping to get the all important Pointless answer was Lisa Maffia and Marvin `Romeo Dawkins’, whose So Solid Crew first topped the UK pop charts in August 2001.

Meanwhile, with the popularity of the show, the BBC has commissioned a new series.

The deadline is February 1st 2020 for anyone to submit their interest.

Pointless returns on Monday night at 5.15pm on BBC One.