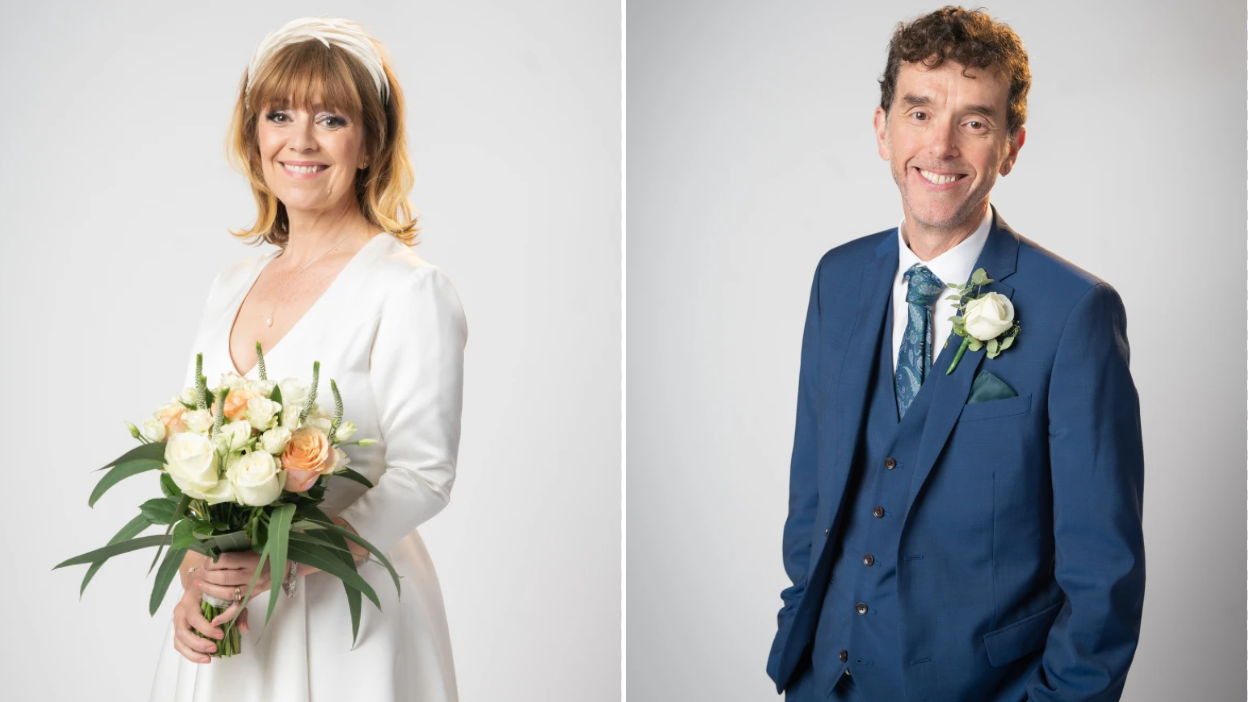 As Marlon (Mark Charnock) has recovered from his stroke on Emmerdale there have been lots of touching moments. From the early days after the stroke when he could hardly communicate and Paddy (Dominic Brunt) was almost too afraid to visit him, to heartwarming scenes with April (Amelia Flanagan) after he came home for the first time, there have been so many scenes where Marlon’s sweet, funny nature showed through even as he struggled with the scary reality of his disabilities, thanks to a heart-warming and vulnerable performance by Mark Charnock.

Even before the stroke, Rhona (Zoe Henry) and Marlon were a lovely couple who’d made several thwarted attempts to propose to each other. Since the devastating day when their world changed forever, Rhona has been by Marlon’s side and their love has grown stronger than ever.

So many tears will be shed when they finally do get to tie the knot in upcoming episodes. Lay in a decent supply of tissues, because the scenes are hugely emotional.

Marlon planned to walk down the aisle to his bride, but sadly that doesn’t happen in the end because he has a fall the night before the wedding and has to spend a night in hospital.

This means that Rhona is left waiting at the church, wondering if he’s going to turn up and worrying that something might have happened to him – having been kept in the dark about Marlon’s trip to hospital at his insistence.

When Marlon eventually turns up, Paddy is pushing him in a specially bedecked wheelchair.

As the couple exchange their wedding vows their family and friends who’ve assembled for the occasion are massively emotional – and you will be too.

Revealing the reaction of filming these special scenes, Zoe Henry told us: ‘I don’t know about anyone from the cast and crew but we were emotional!

‘The script was by Caroline Mitchell and she’s a favourite of both of ours and she writes in a very emotive kind of way, so I think the emotion just came naturally for both of us when it was need.’

‘It was quite an intense atmosphere’, Mark added.

‘Caroline had written this intense script and there were intense stories going on all over, so many stories going on in the second ep. So when I read it I found it relentlessly moving all the way through. The Faith stuff’s incredible, and among other things, Priya’s story. So yes, it was very easy to get there.’