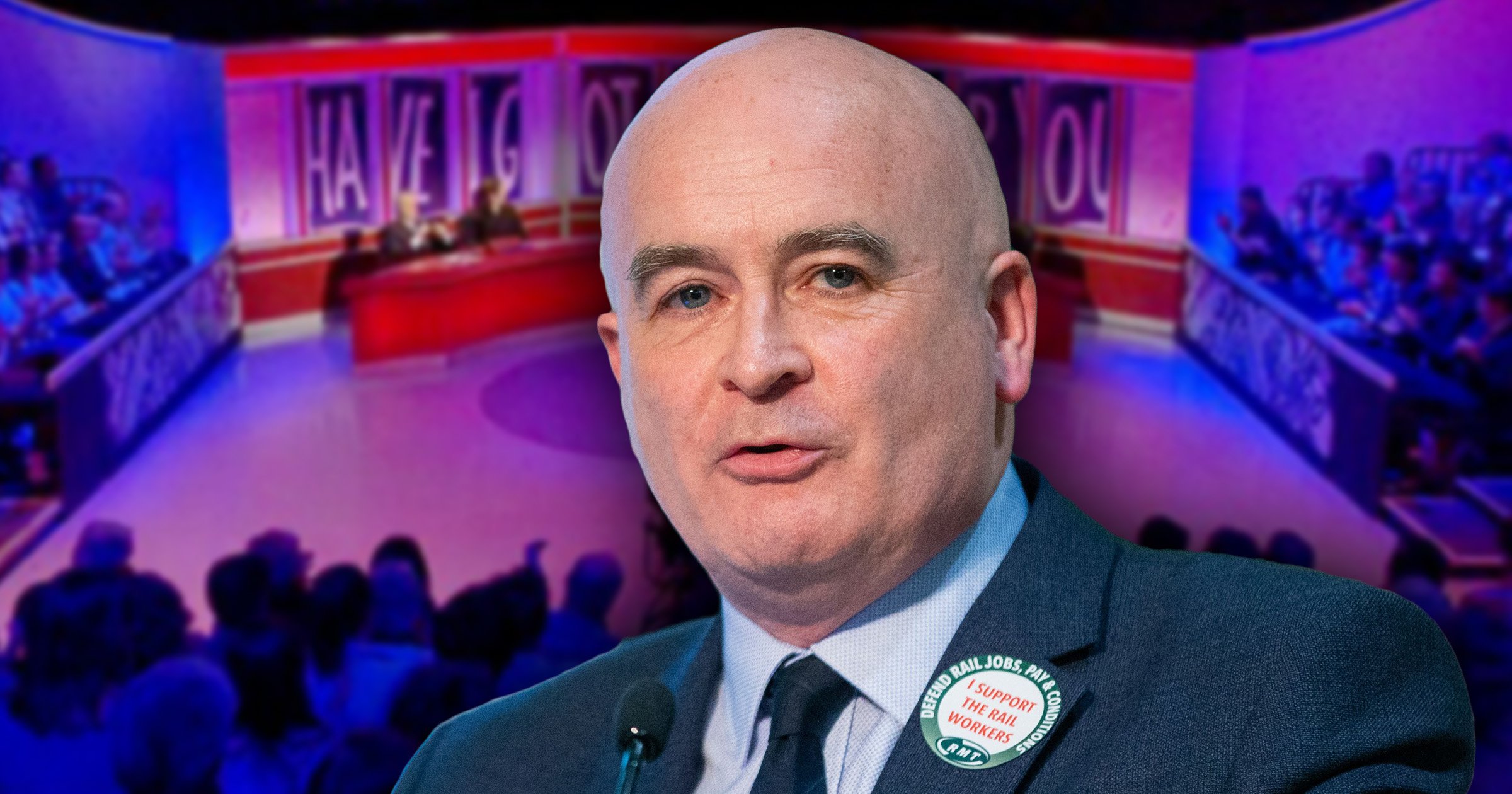 Rail union leader Mick Lynch is set to appear on BBC’s Have I Got News For You, which comes amid his popularity since he was thrust into the spotlight because of recent strike action.

The general secretary of the Rail, Maritime and Transport union will be a panellist on the programme for a one-off special on September 23.

Joining Lynch will be comedian Roisin Conaty while comedian and actor Richard Ayoade will guest present the upcoming fourth episode of the current 64th series, taking his place in the host’s chair for the ninth time.

RMT leader Lynch has been the face of the strikes, negotiating behind the scenes and speaking to the media about the action they’re taking.

Lynch took on his permanent role after winning an election in 2021, having previously stepped in and served for two terms, and has become a key figure in the current rail strikes with thousands of RMT members taking part in planned strikes over jobs, pay, and conditions.

The 64th series marked its return with an episode titled ‘Have I Got News For Boris – A Special Tribute,’ which highlighted some of his most memorable moments as he prepared to leave office.

Among them were clips of Mr Johnson’s previous appearances on HIGNFY as well as more recent appearances the former Prime Minister had made including training with forces in Ukraine, in which he was compared to ‘someone’s nan’ by the panel.

Viewers enjoyed the special, tweeting: ‘The Have I Got News For You roasting of Boris Johnson as his leaving present is thoroughly outstanding. Brutal. Savage. Hilarious.’

Another commented: ‘Whoever greenlit the absolute unironic ROAST of b/oris on have I got news for you is my new hero’.

Have I Got News For You continues on Friday at 9pm on BBC One.