RHIAN Sugden looked sensational in a hot pink swimsuit as she frolicked in the sea with her husband Oliver Mellor in Turkey.

The 34-year-old is getting some much-needed R&R alongside her husband Oliver, who cheekily grabbed her bum as they smooched on the beach. 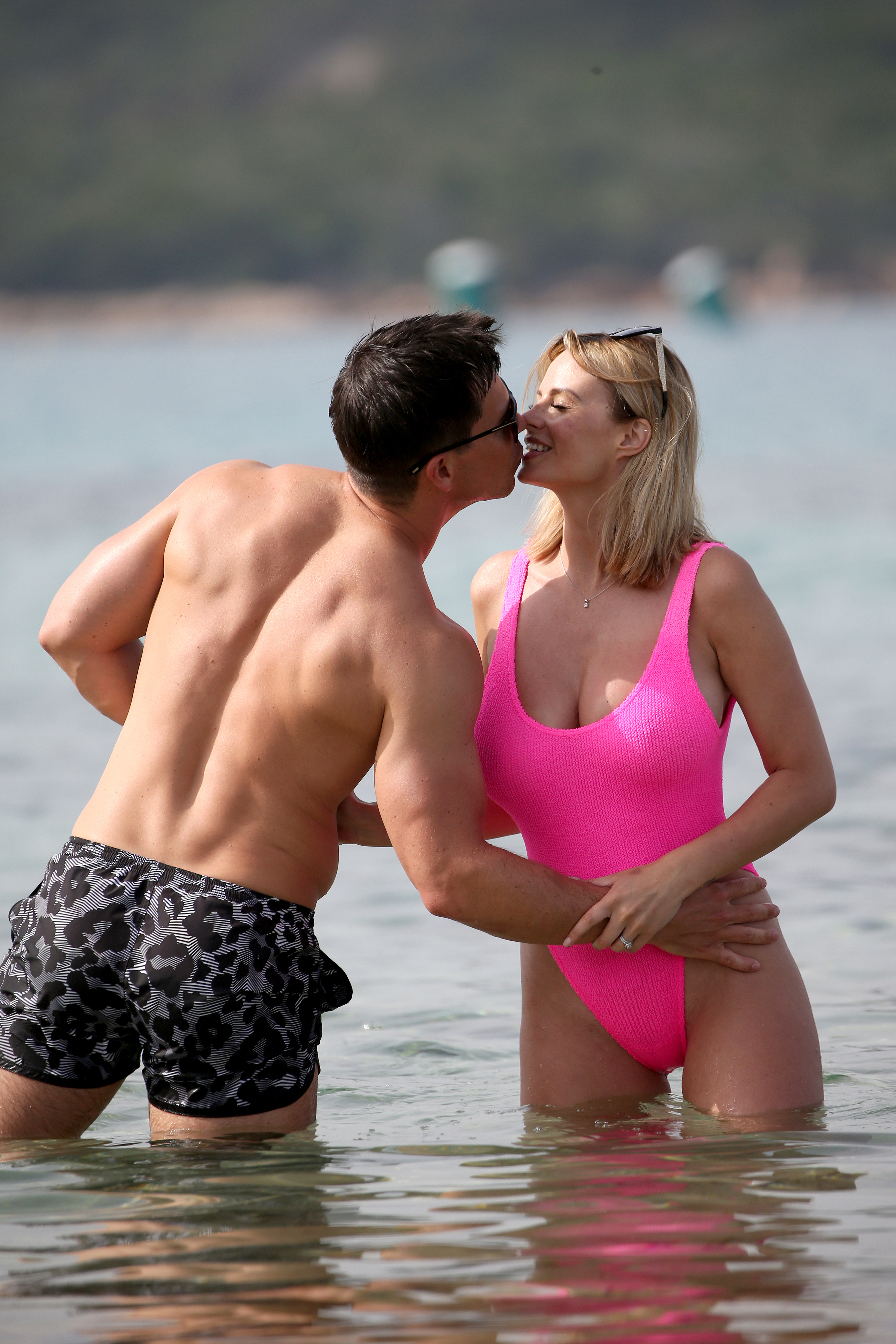 The former Page 3 girl sizzled in a neon pink swimsuit that that showed off her cleavage and hugged her derriere.

Rhian posed up a storm on the beach as her actor other half, 39, took a series of photos on his phone as they enjoyed their romantic getaway.

The loved-up pair appeared happy and relaxed as they smiled at the camera for several sweet selfies.

The former Corrie star also showed off his incredibly toned abs and sported a pair of black and white swimming trunks. 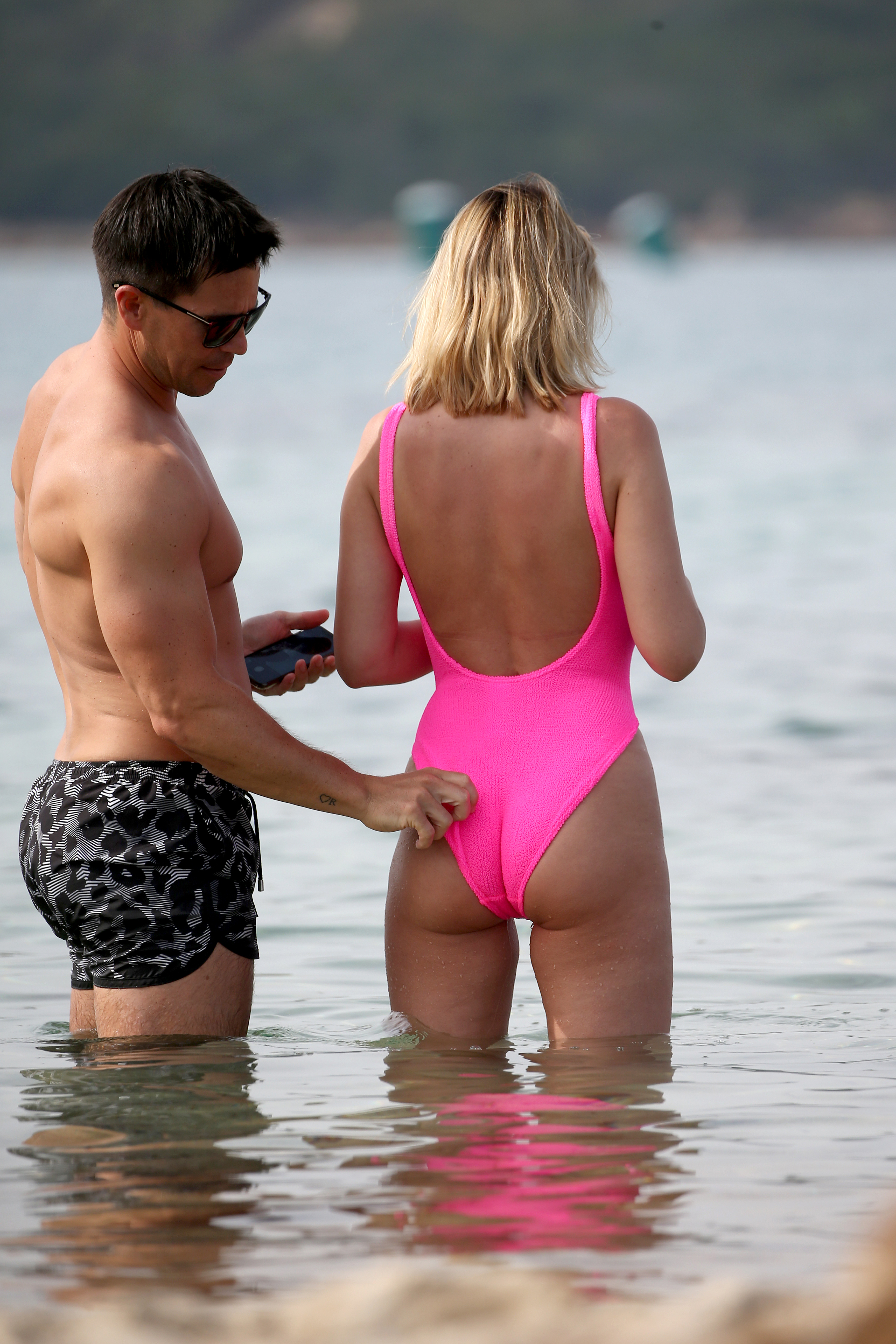 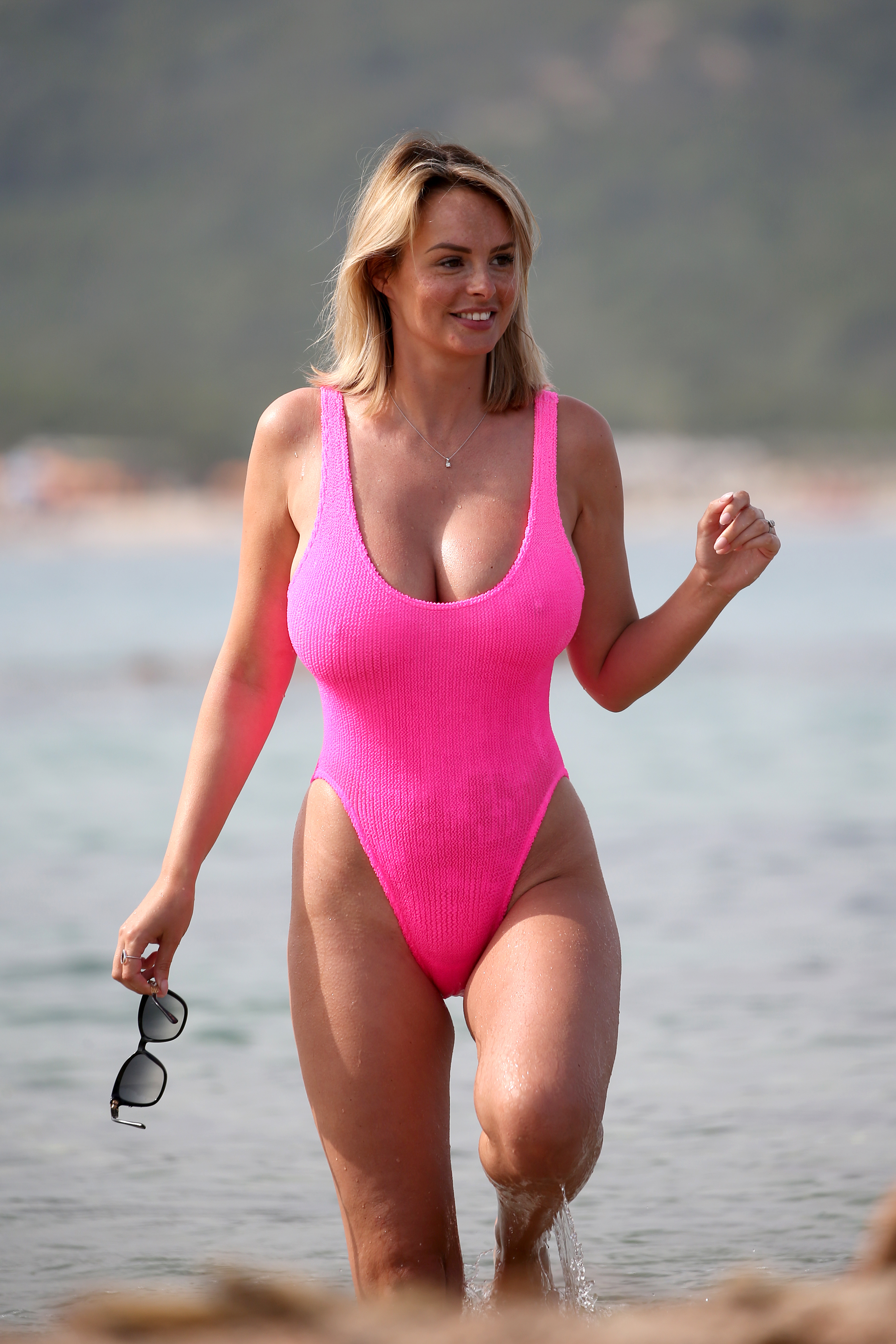 At one point, the hunk even had his own James Bond moment as he emerged from the sea in a pair of tiny shorts.

Rhian's husband has a history of bum-grabbing after he was spotted cheekily squeezing his wife’s derriere last week.

The model looked sensational in a plunging halterneck silhouette black bikini and teamed it with a pair of matching bottoms that showed off her peachy bottom.

The blonde bombshell continued to flaunt her figure as she swapped her bikini for black lingerie. 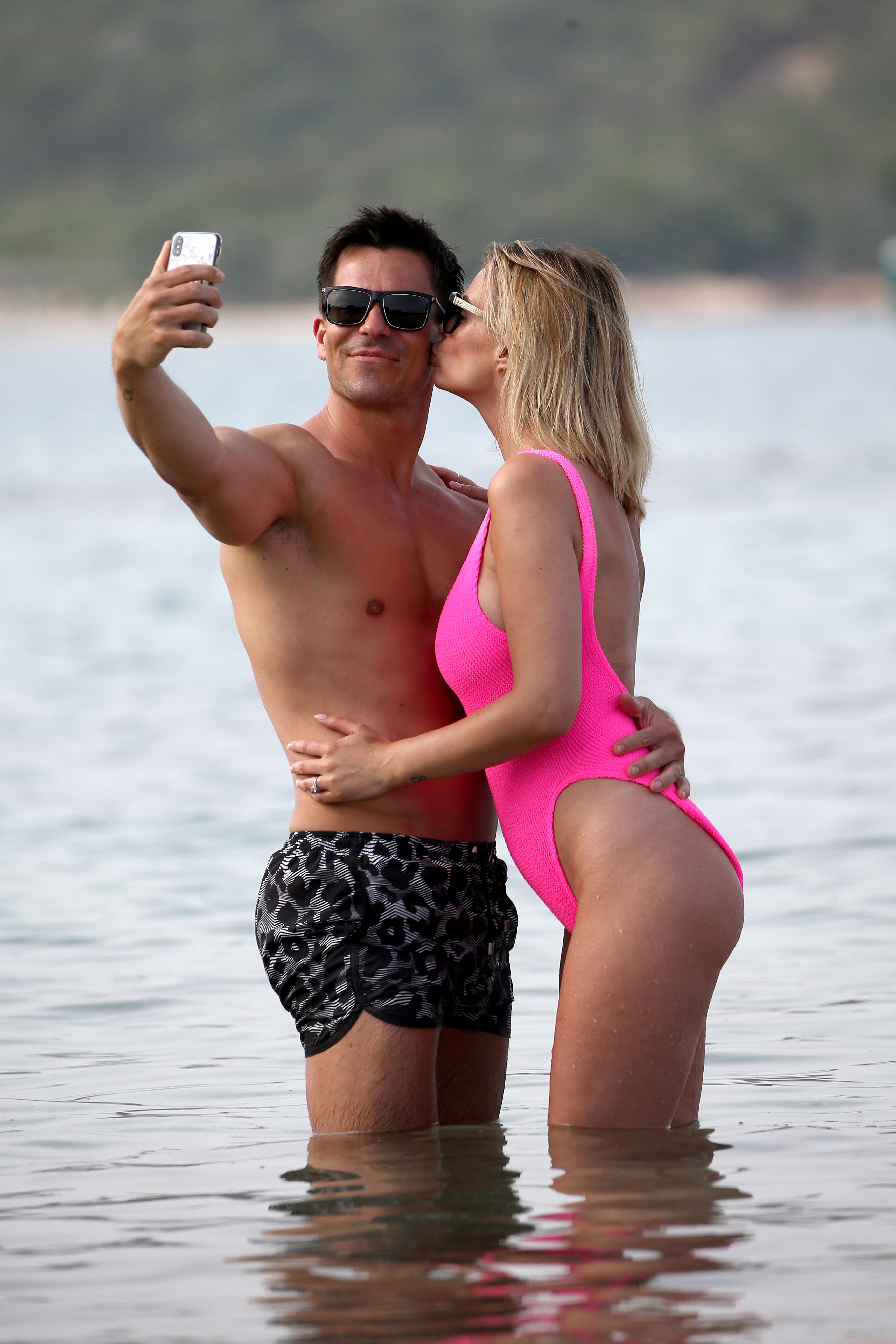 Oliver was pictured grabbing Rhian’s bum as they cuddled on the shore in an intimate snap.

The couple are currently holidaying in Kalkan, a town on the Turkish Mediterranean coast, where they got married two years ago.

The pin-up has been wowing her 438k followers on Instagram with stunning selfies.

The star looked sensational in her beach wear despite admitting she'd put on a stone during lockdown. 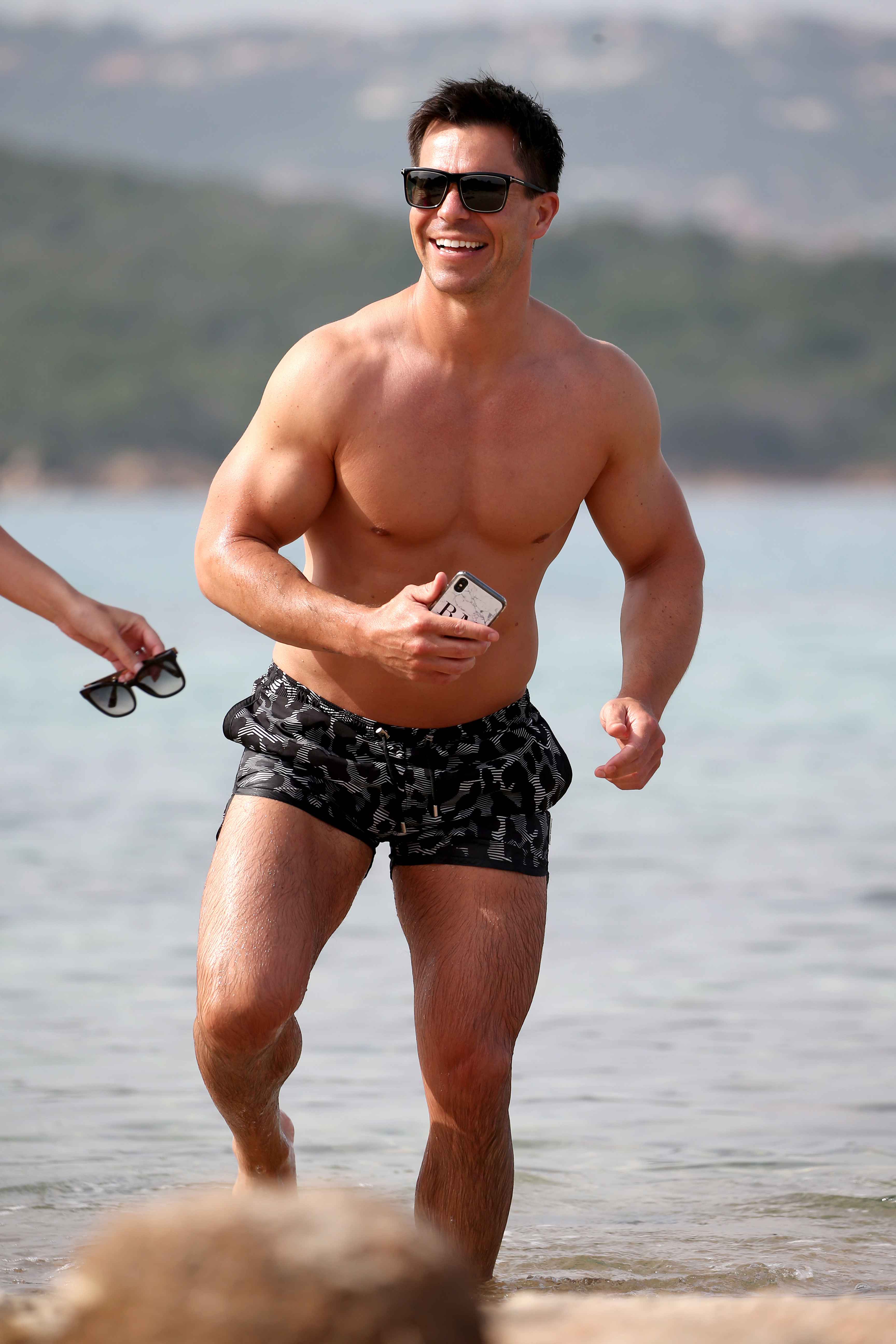 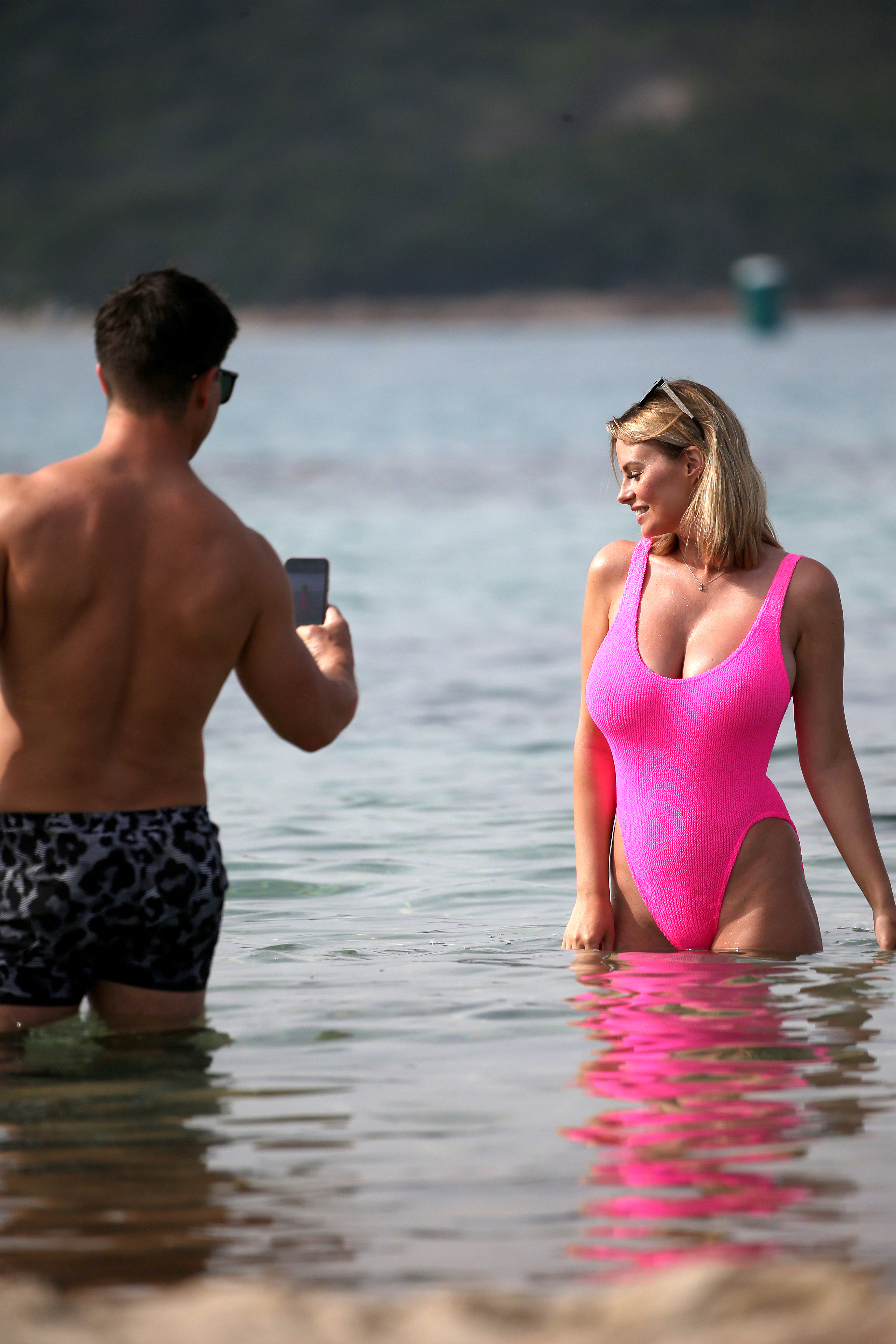 Last month she told fans: "Has anyone else packed on a few pounds in lockdown?

"I’ve put on over half a stone and can’t for the life of me get motivated to go to the gym… but putting my gym gear on is a step in the right direction right? 🙈😂

"I wish I was one of those people that enjoys working out and running etc… I just like eating and laying down too much. 🙃🙈."

Despite admitting to piling on a few pounds, the blonde beauty sent Instagram into a frenzy recently as she posed for a snap in a plunging lace leotard. 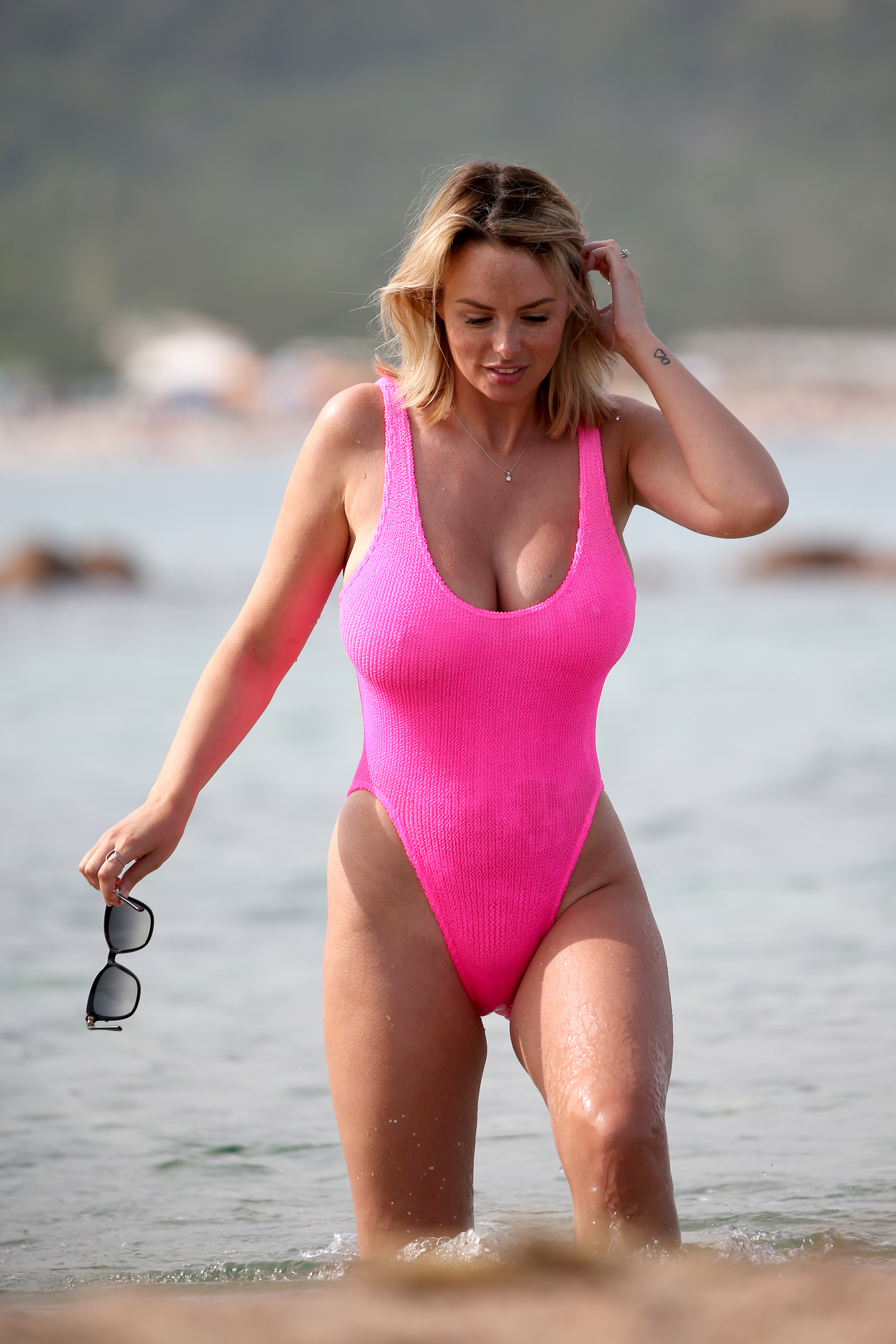 She showed off her new sultry lingerie in a snap that left very little to the imagination.

Rhian completed the look with some subtle eye shadow, a nude lip and her blonde locks styled into a middle parting.

And although the the star is topping up her natural tan on holiday, she also her own false tan range, Clarity, that she can use for any dodgy tanlines.