Hanson, 68, said he “strongly” refuted the allegations which he described as “demonstrably false”. Gervais, who created and performs in After Life, said: “I am shocked and appalled to learn of the historical allegations made by a number of women against Charlie Hanson. “The decision was made to immediately remove him from production and I am confident the matter is being handled thor- oughly.” Netflix and Bafta received a 5,000 – word anonymous email from 11 women on Monday in which they made the allegations. 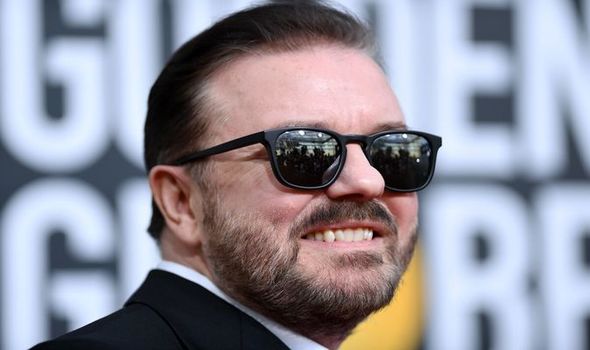 They include claims of him making unwanted sexual advances after “promising them a starry career under his wing” between 2008 and 2015.

In a statement, Hanson said: “I have been made aware of allegations made against me concerning improper conduct towards women dating back many years.

“Based on the summaries that have been provided to me, I understand that many of these accusations are made anonymously and are demonstrably false. I have not had one complaint in decades of work in the media industry.

“I categorically reject any wrongdoing on my part and strongly refute the allegations that have been levelled at me.”

A Netflix spokesman said: “On Monday, we received an anonymous email containing historical allegations about a producer on one of our titles.

“Whilst the allegations are unrelated to his time on the show, we immediately removed him from the production and referred the matter to the police.”

A spokeswoman for Bafta said it too had contacted police and suspended Hanson’s membership after being “presented with a number of very serious detailed allegations”.