The Lord of the Rings: The Rings of Power trailer from Amazon

There is already considerable speculation surrounding the identity of the mysterious character known only as the Stranger (played by Daniel Weyman) in the brand new Lord of the Rings prequel, The Rings of Power. Viewers who tuned in on Amazon Prime Video on Friday are already assuming he’s an early iteration of the wizard Gandalf, but actor Daniel revealed exclusively to Express.co.uk that he was more concerned with keeping himself safe than learning his character’s name.

Daniel confirmed the Stranger’s fiery crater was achieved completely practically for the first episode of The Rings of Power.

While the magical new arrival to Middle Earth bears a strong resemblance to the wizard Gandalf, it may be some time before his true identity is revealed.

For the moment, the Harfoots are more concerned with where he came from than what he calls himself, as the Stranger appeared to arrive from the sky itself before crash landing in a huge inferno. 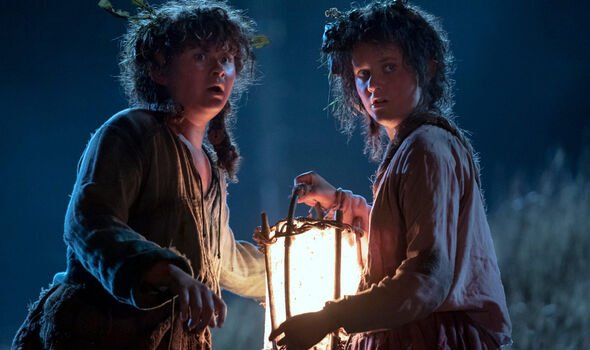 Express.co.uk recently caught up with Daniel at The Rings of Power’s premiere to shed more light on the climactic scene of the first episode.

“All the fire was practical,” he confirmed. “It was terrifying! Because it was hot!”

Daniel revealed the nighttime sequence was actually achieved with an interior shoot, which made things rather difficult when the blaze started getting out of control.

“We had to open – it was a massive studio, that set,” he continued. 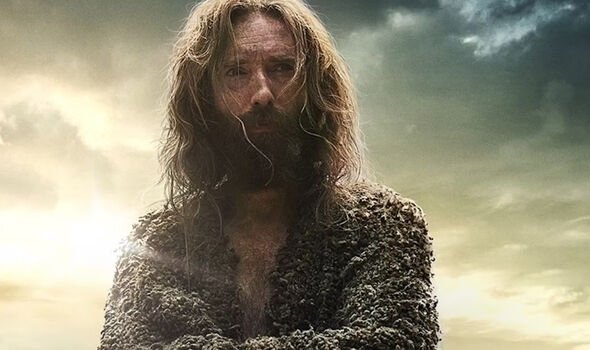 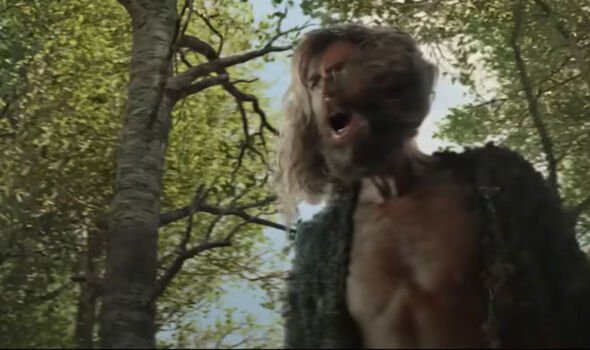 “We had to open the big doors to get the smoke out because they’re burning an orange flame everywhere. The heat was intense.”

The Stranger’s new Harfoot companion Nori (Markella Kavenagh) manages to fight her way through the flames and enlists Poppy (Megan Richards) to help her cart him away from danger.

Unfortunately, she soon discovers she has no way of communicating with him and will have to keep the Stranger secret while she tries to decipher his cryptic messages.

The Rings of Power is the most expensive television series ever conceived, with a staggering $465 million budget behind the first season alone.

Director JA Bayona and showrunners JD Payne and Patrick McKay, therefore, had a vast arsenal of practical effects and locations at their disposal to ensure the world of Middle Earth was just as convincing as it was in Peter Jackson’s classic trilogy.

“It really helps having all that practical stuff,” Daniel added.

“And being in a real, life-sized crater, there’s so much around us.

“As much as possible was practical, so that did a huge amount of our work for us. It allowed us to just get our imaginations really working.”

For now, Daniel is keeping the true name of his character a secret, though he’s not worried about die-hard Tolkien fans figuring out the mystery.

He explained: “I started off thinking it would be [hard to keep the secret].

“But actually the joy of it was the way Patrick and JD have written these scripts is, there’s such truth and honesty in every moment that the stranger has that, actually, I could commit fully to those moments.

“I didn’t feel like I was tricking anybody or there was a plot device being employed. I just thought there was a true, honest depiction of a real, believable character there.”

Hopefully, the Stranger and Nori find a way to communicate at some point in the coming weeks, as his magic will undoubtedly prove essential to the elves’ upcoming war against the returning darkness.

The Lord of the Rings: The Rings of Power continues Fridays on Amazon Prime Video.