WHEN she splashed £7.5million on a six-bedroom mansion in North London almost a year ago, it looked like Rita Ora was finally ready to put down roots.

But now the pop star has done a dramatic U-turn — quitting the UK before even stepping foot in the ­lavish property. 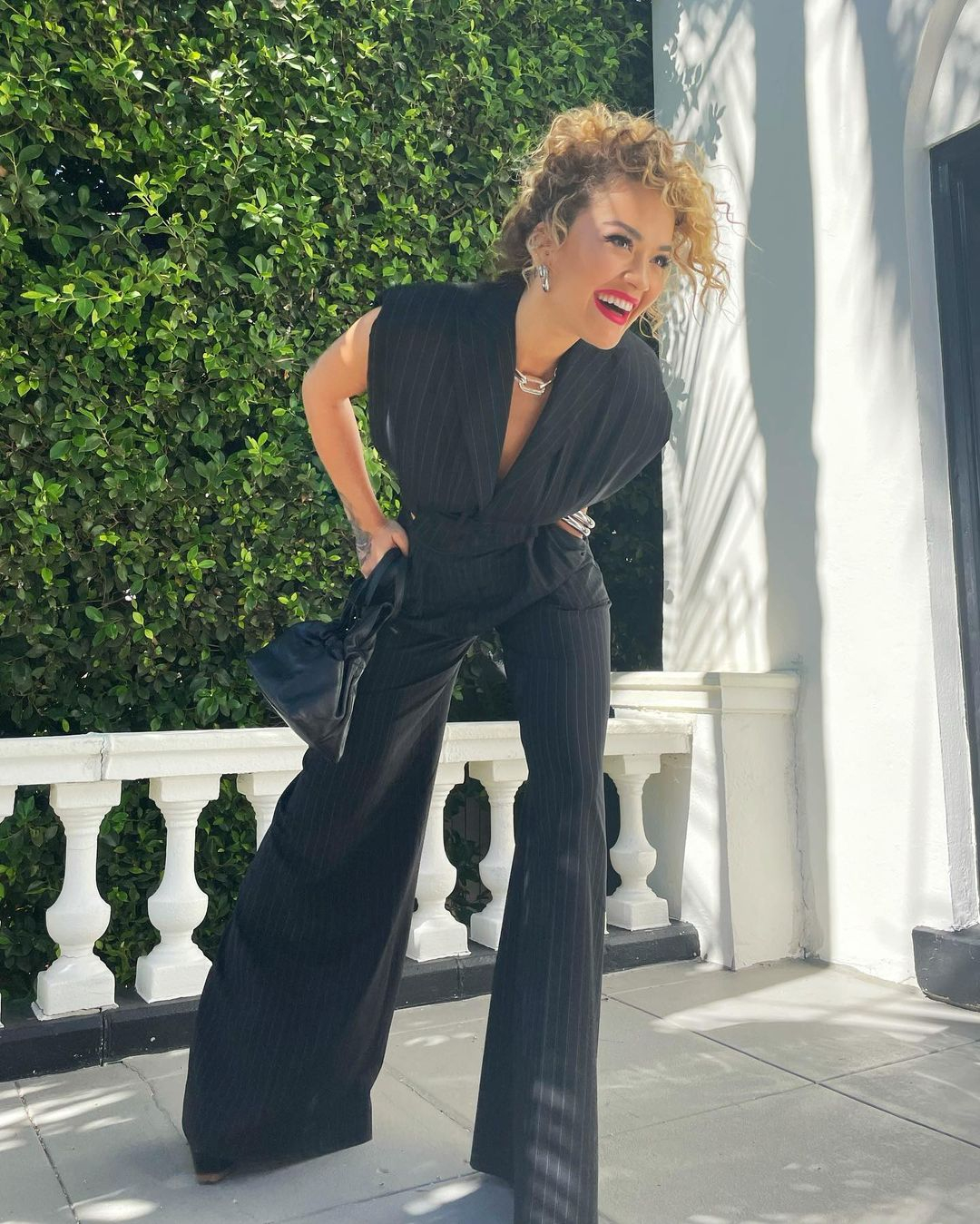 I can reveal she has decided to relocate permanently to Los Angeles as she looks for a fresh start following the row over her Covid rule-breaking 30th birthday party in November.

Shortly after the incident, she left the country and has yet to come back — something which doesn’t look like it will be happening again any time soon.

She flew to Bulgaria to shoot a music video, then spent several months in Sydney filming for The Voice Australia where she met her boyfriend, Kiwi film director Taika Waititi.

But earlier this summer they flew to LA, where they are now making a new life together.

A source said: “Rita snapped up her London pad with plans to keep it as her main home.

“But it’s become increasingly obvious for her that LA is going to be where she lives for the foreseeable.

“After her birthday bash last year, Rita left the UK and hasn’t been back since.

“It feels a bit like there are some bad memories in London and she’s happy to start afresh in LA where there are loads of new opportunities.

“Her boyfriend Taika is based in LA too, so when she’s been there working recently they have been spending a lot of time together.

“Obviously she still has lots of friends and family in the UK but realistically she isn’t going to be spending as much time in London.”

Rita issued a heartfelt apology after breaking the rules with her pals on her 30th and in my eyes has managed to redeem herself.

But I for one will certainly miss seeing her out and about in the flesh. Come back soon, Rita. We miss you already. 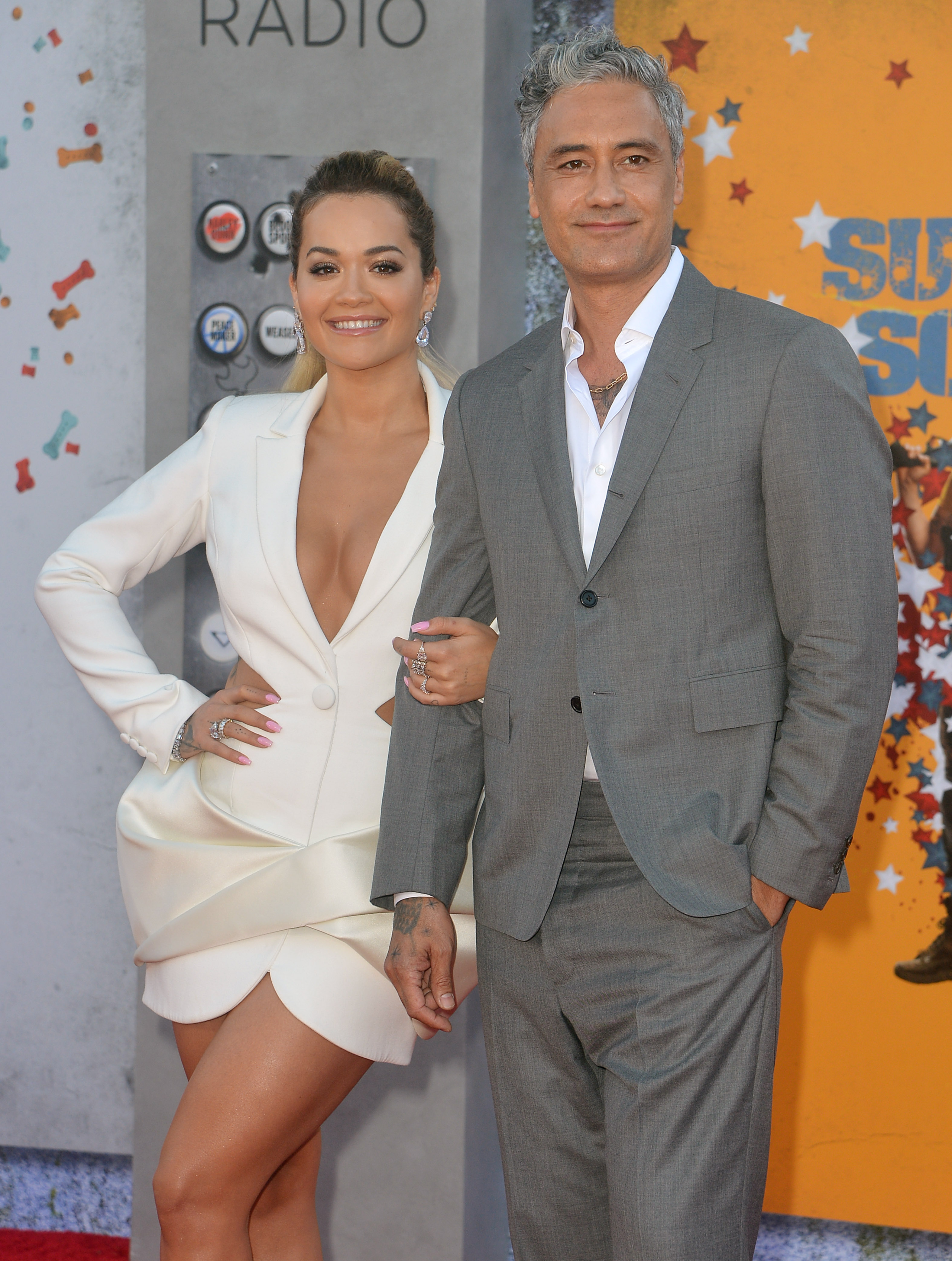 NOEL Gallagher will have to rein in his notorious potty mouth for his next gig.

The Oasis rocker has been signed up by Radio X to present a Sunday evening show starting this weekend.

He will host the 7-9pm slot with comedian pal Matt Morgan for the Radio X Residency. Noel will play his favourite music and answer questions from fans in what will be an entertaining and brutally honest ­segment.

He said: “You’ll be hearing some great tunes, and a lot of nonsense, being spouted mostly by me. Tune in . . . you might learn summat.”

I’m mad for it, already.

LILY Allen has turned her life around in recent years – getting clean and sober, settling down with her actor husband David Harbour and leaving wild nights out firmly in the past.

But she must have felt like she had gone back in time as she made her stage debut in West End play 2:22 A Ghost Story on Tuesday evening, as it sees her tick a string of her old stereotypes. 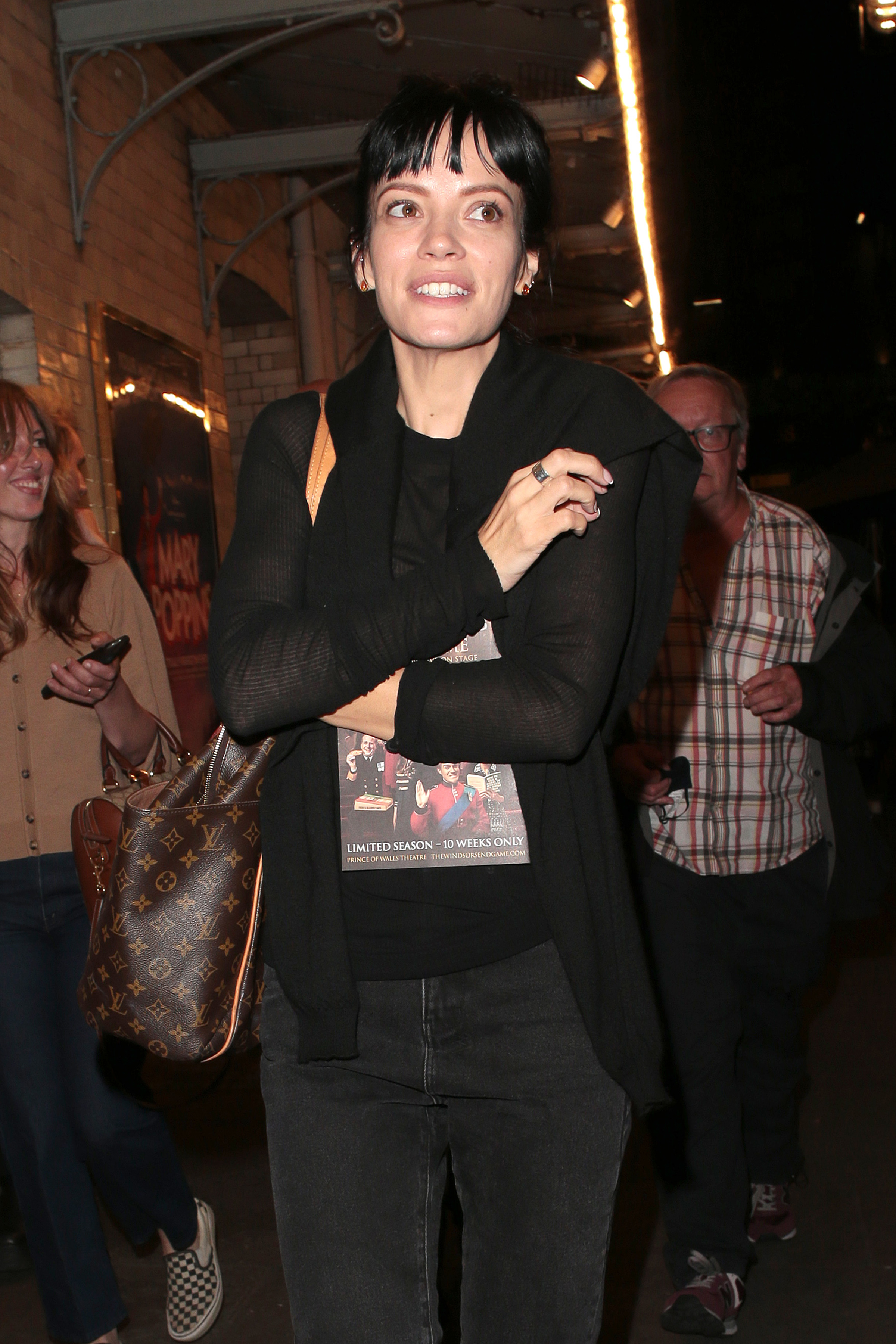 First of all, her character Jenny downs bottles of wine and whisky – something she probably didn’t have to rehearse too much.

In another coincidence, her on-stage partner, Sam, has the same name as her first husband Sam Cooper.

However, the strangest part is that the plot revolves around a mysterious presence in her baby daughter’s room – six years after her terrifying ordeal in which a stalker broke into her flat as her daughters slept in their bedrooms.

While I’ve been quick to tease Lily over the years, she was brilliant on stage and I recommend wholeheartedly that you see this thriller.

The weeks of rehearsals clearly paid off as the small cast was rewarded with a standing ovation.

If ever there was a part made for Lily at this point in her life, it was this one.

BIG SEAN will presumably be changing his name to Bigger Sean after his latest revelation.

The Clique rapper says he is two inches taller thanks to a chiropractor.

In an Instagram Story, Sean asked his 5ft 10ins pal to stand next to him and demonstrated he was the tallest.

If he keeps this up, he’ll be Biggest Sean.

BLAKE LIVELY said she felt like she was arriving at her prom in this sequinned gown.

But unlike most teenagers tottering along to the ball in painful heels, she opted for some comfy trainers, below, under her dress at the LA premiere of husband Ryan Reynolds' movie Free Guy. 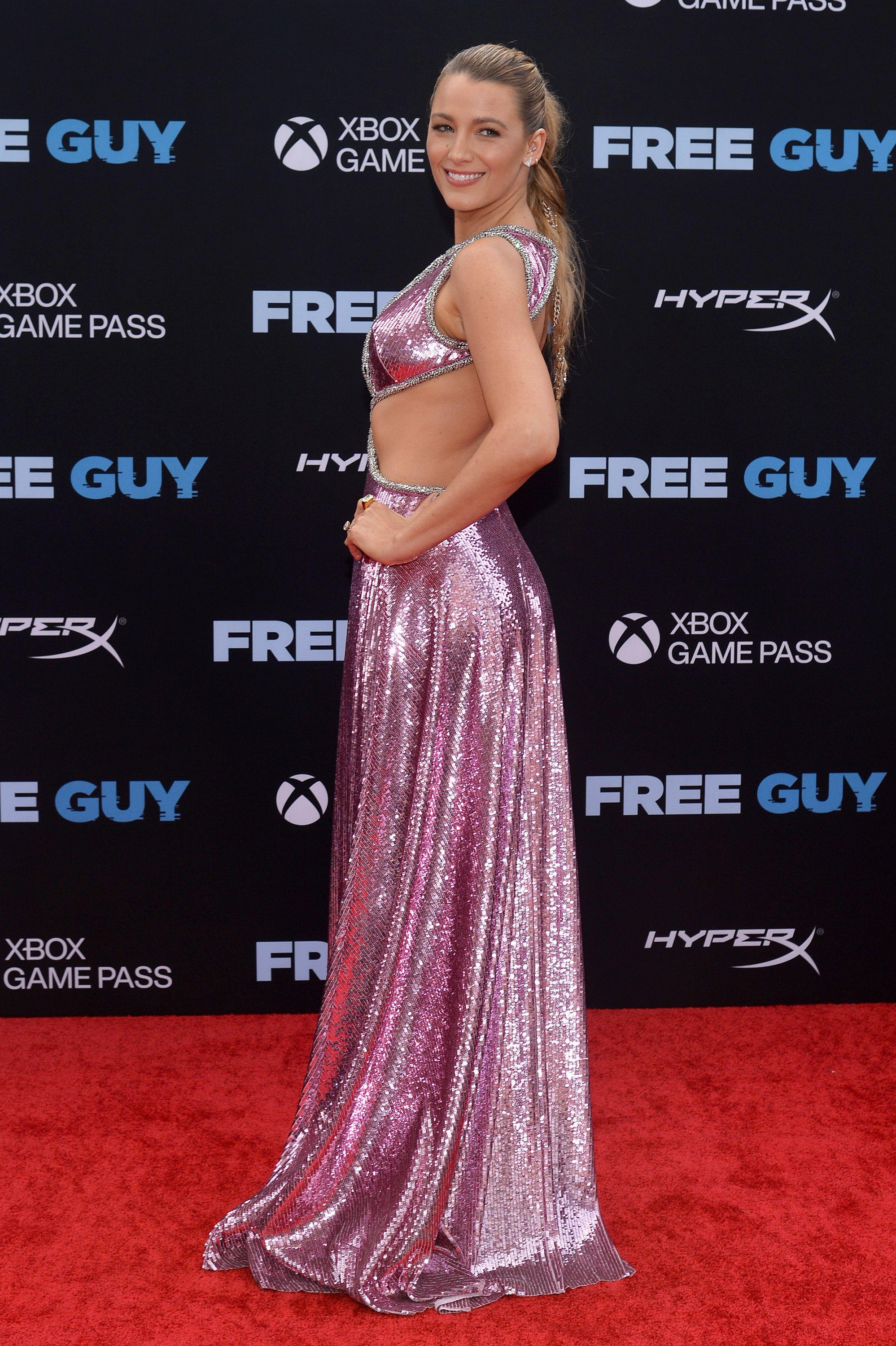 The film, which also stars Jodie Comer, tells the story of Guy, played by Ryan, who ­discovers he is actually living inside a video game.

On Instagram, actor Blake wrote: “Thank you to everyone who made my prom night 2021 possible.”

And Ryan joked about the couple going “Instagram official” as he posted a photo of them – nine years after they tied the knot.

He said: “What a huge night for Free Guy and for Blake Lively because this means we’re Instagram official.

“ I know how important that was to her.”

JESY NELSON has appeared to confirm my story that her return to music as a solo star is mere weeks away.

The former Little Mix singer has cleared her entire Instagram profile of all images, signalling she is about to start a new era in her career.

As well as her page now featuring no posts, she has replaced her profile image with a pink circle.

She has also unfollowed everyone, including her former bandmates Jade Thirlwall, Leigh-Anne Pinnock and Perrie Edwards.

Given they haven’t spoken since she left the group, I wouldn’t blame them if they reciprocated and hit the unfollow button before long, too.

DUA LIPA is living the high life on yet another holiday, this time in Albania.

The pop star is taking some time off with her parents, who were born there, and her boyfriend Anwar Hadid. 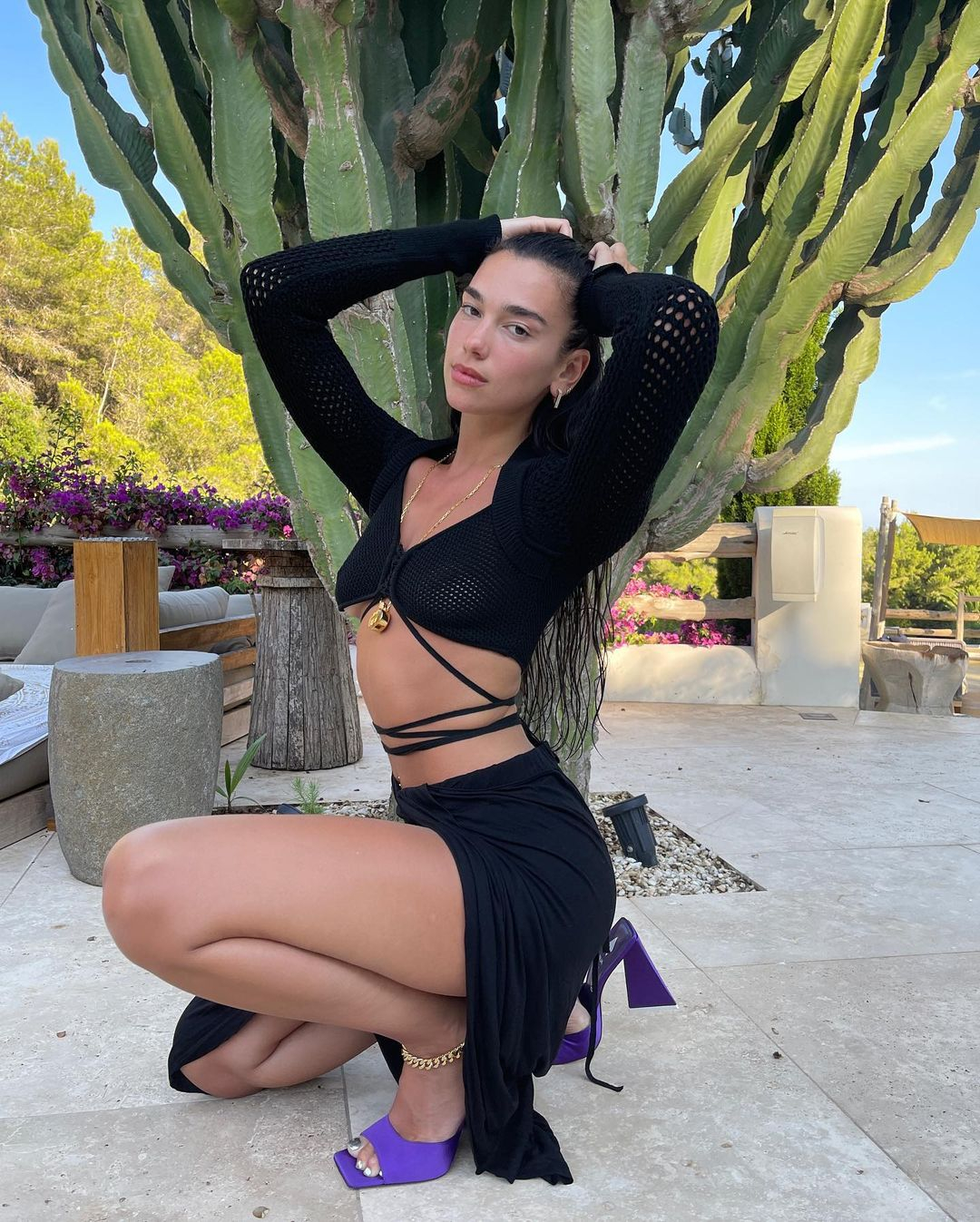 She now lives in Los Angeles with the model and aspiring musician, but this year she has also enjoyed breaks in Mexico and the Cotswolds.

But she could be about to return with new music.

She hit it off with Sir Elton John last year when he appeared in her Studio 2054 livestream concert and then she performed at his Oscars party in April.

Word on the street is that they are about to drop a single together.