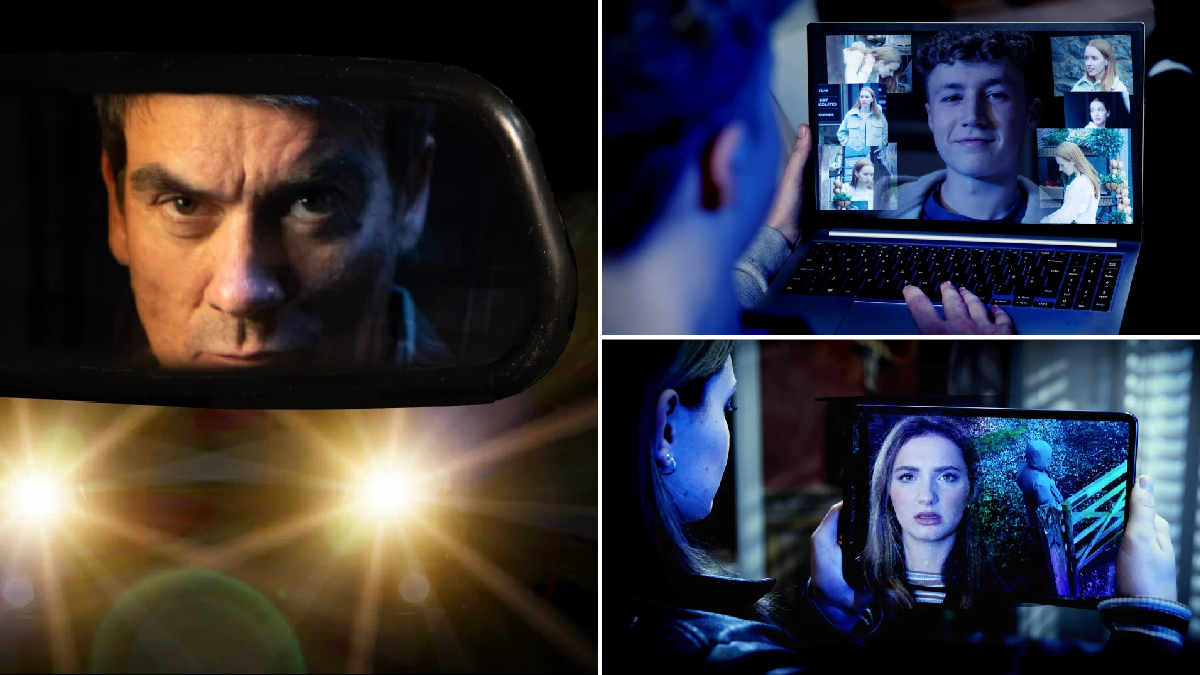 Emmerdale is about to have a week of special episodes, starting with a spooky flash-forward in the May 9 episode that sets up the stories for the rest of the week as everything builds to a huge reveal at the end.

Producer Laura Shaw has said that the week involves a massive stunt that isn’t like anything that Emmerdale has ever tried before, and they’ve used some new filming techniques that will make viewers feel like they’re right in the middle of the action. ‘It’s absolutely terrifying!’ she says. ‘I don’t think we’ve ever done that in Emmerdale before, it was really great to watch our hugely talented team do new and exciting things to make the show look incredible.’

Rosie Bentham, who plays Gabby Thomas, was heavily involved in the week’s scenes as her character is terrorised by the possible return of Jamie Tate (Alexander Lincoln). Gabby is alone at Home Farm when she realises there’s a hooded figure lurking in the woods outside and becomes convinced it’s Jamie.

‘I was really excited about this week,’ she told Metro.co.uk. ‘It’s something so different to stuff I’ve done before. I’m getting a lot of scenes on my own that really increase the fear and paranoia and I think it’ll really have the audience knowing that something’s going to happen. It just goes up and up and up. There’s a lot of stuff I’ve never done before and it was really exciting to shoot.’

She promises that viewers will be gripped as the exciting week unfolds and she can’t wait to watch it herself. ‘Reading the scripts I was thinking, “I don’t know how they’re going to do all this,”’ she enthuses. ‘It’s so good, and the stunts and everything, and the way the stories are intertwined with the flashbacks. I can’t wait to see it.’