The third season of the thrilling Apple TV+ drama, Servant, is almost here. The last time fans saw Dorothy, she was at war with Leanne. But according to series star Lauren Ambrose, season 3 will pick up with Dorothy helping her paranoid nanny.

[Warning: This article contains spoilers from Servant Seasons 1 and 2.] 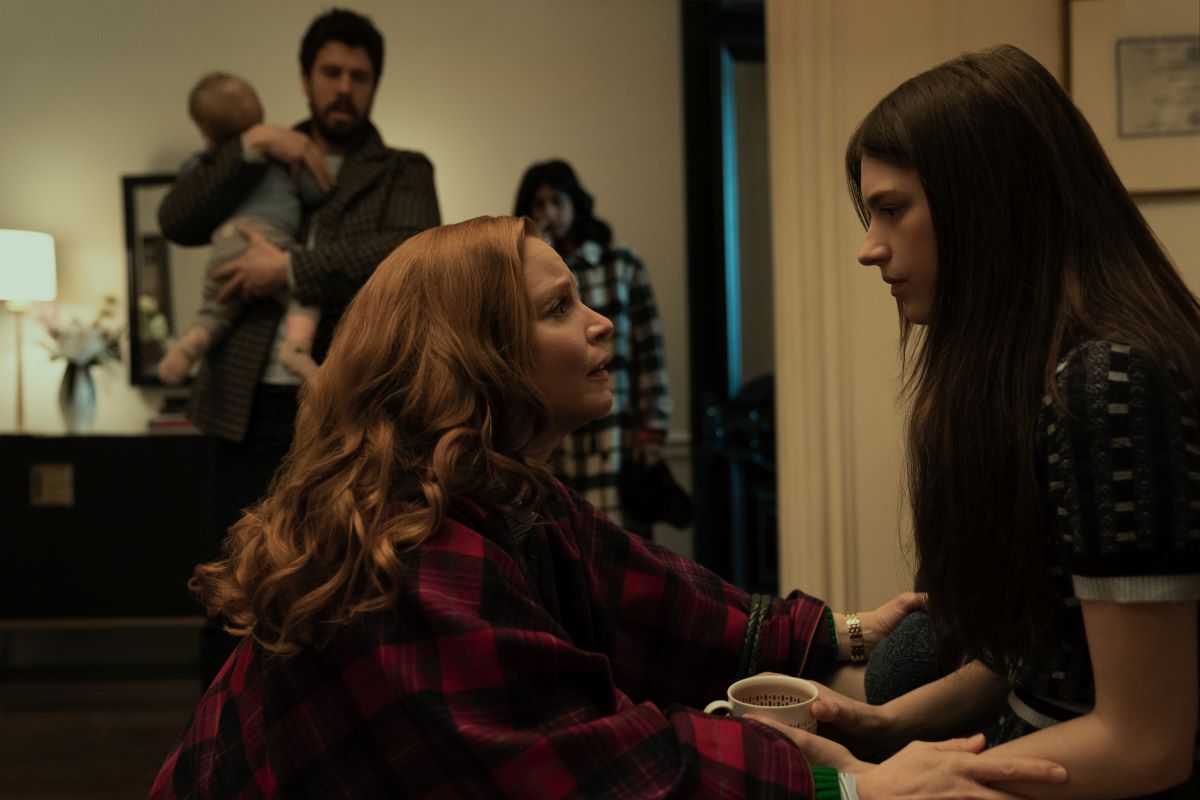 How does ‘Servant’ Season 2 end?

The second season of M. Night Shyamalan’s Servant followed Dorothy (Lauren Ambrose) as she tortured Leanne (Nell Tiger Free), hoping she’d get Jericho back. She locked the nanny up in the attic and began by interrogating her.

But as Dorothy’s desperation grew, she began getting physically abusive. Not only did she assault Leanne, she also buried her in the ground of her basement, with only a pipe to breathe through.

But in the season 2 finale, after much about Leanne’s past and mysterious cult are uncovered, her Aunt Josephine (Barbera Sukowa) comes to the Turner house. Her agenda is to bring Leanne back to the cult. But when Leanne refuses to forget Dorothy, Josephine finds her hiding in the basement, wrestles her to the floor, and begins to cut into her arm.

Just as Josephine begins, Dorothy comes from behind and hits her in the head with a shovel. Leanne tells Dorothy she’s going to bring Jericho back, but before she does, she plunges a blade into Josephine’s eye.

Dorothy may have tortured Leanne throughout Servant Season 2. But now that she has Jericho back in her arms, Ambrose says that Dorothy will try to help Leanne as she worries about the cult coming to get her.

“So, now we start off Season 3 a few months later, everything is sort of in a serene place at least for Dorothy’s character,” Ambrose told Nightmarish Conjurings. “She’s quite happy. She’s struggling along with her job, trying to be a working mother and she has her child and her child is starting solid foods.”

“And she’s got this little problem with this nanny who was kind of paranoid about this cult, so Dorothy is going to help her with this problem,” she teased. “Obviously, that problem becomes too big, and it’s not something that’s easily solved — Dorothy’s mental health also continues to fray because she’s based this whole life on top of a series of lies.”

As seen in the first two seasons of Servant, Dorothy, who accidentally killed Jericho after leaving him in a hot car, has blocked all memories of her son’s death. Ambrose didn’t reveal whether Dorothy would come to terms with reality in season 3. But she admitted she wants to see it happen.

“I think she has to,” the actor said in her chat with Nightmarish Conjurings. “I want to read that script. I don’t know what it’s going to be, but I think that in some way, shape, or form, I would hope that this family has to face the reality of this trauma and face this unwanted emotion of grief. I don’t know what’s going to happen if and when they do that.”