Shirley discovers the truth about killer Gray in showdown in EastEnders? 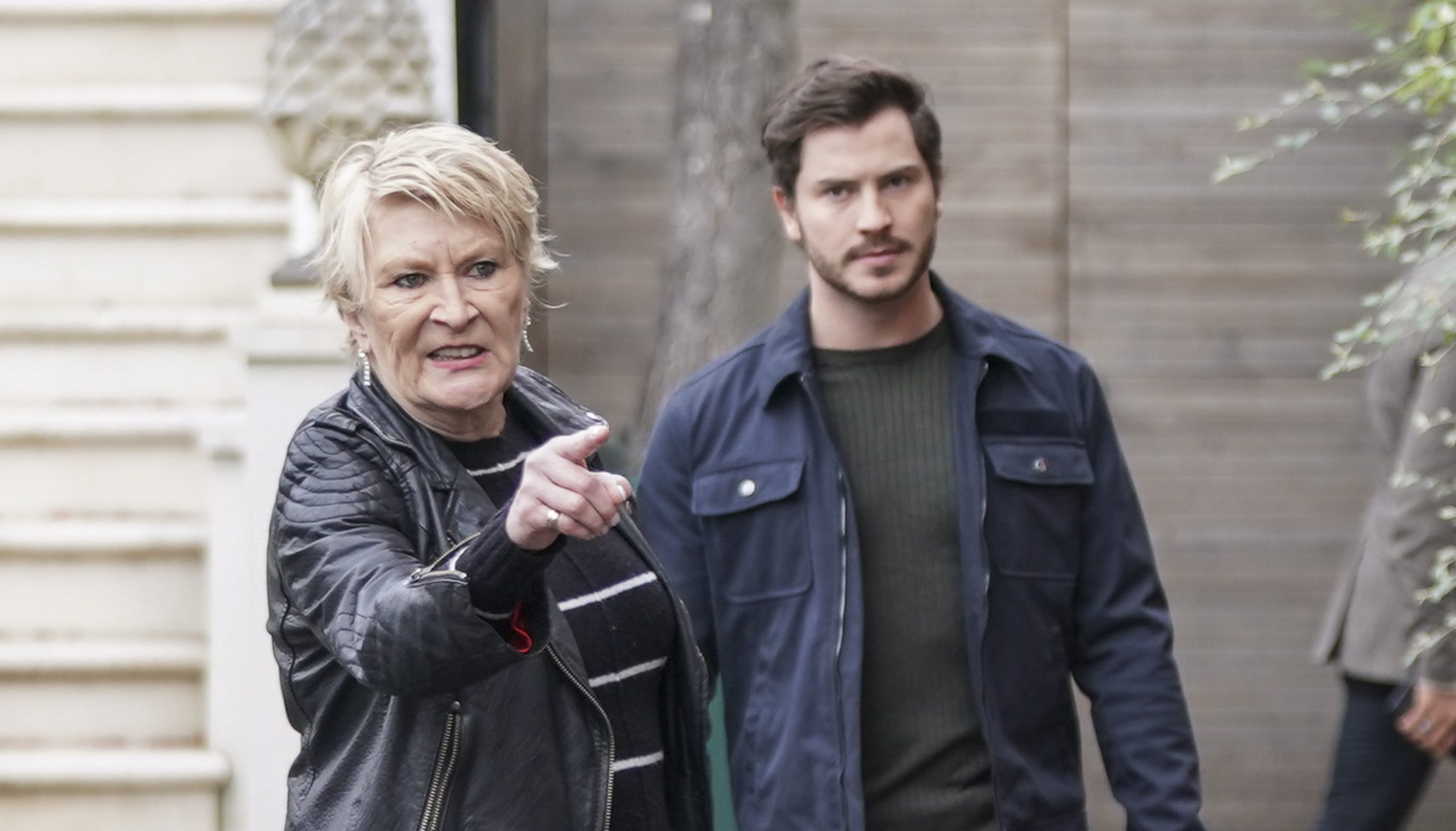 The Carter clan have been desperately trying to work out what happened to Tina (Luisa Bradshaw-White).

Viewers know that Gray killed her, but Shirley and Mick (Danny Dyer) have remained in the dark about such a thing, and therefore have been desperately trying to figure out where their sibling is.

Mick struggled to process the information, and upcoming scenes will see the former Queen Vic landlord tell Shirley the truth.

Shirley is fuming when she discovers that it wasn’t just Sharon who attacked Ian, but that it was also Phil Mitchell (Steve McFadden).

She confronts Phil, and warns him that she’ll destroy him if Tina doesn’t come home.

However, it’s not just Phil that’s on the receiving end of Shirely’s anger, as she’s not best pleased with Gray.

She demands to know why he’s not out looking for Tina, and accuses him of knowing that Tina was innocent all along.

What’s more, she serves him up some hard truths.

Will Shirley’s harsh words result in Gray revealing the truth?

She’s evidently on to the solicitor in some respect, but will her suspicions result in her discovering that her sister is dead?