'SNL': Pete Davidson Has Been Mistaken for Rami Malek Before – and Fans Are Here for Their 'Celeb School' Sketch Swap

Saturday Night Live’s Pete Davidson has been mistaken for actor and SNL host Rami Malek in the past, which made their “Celeb School Game Show” sketch just a little cheekier. Davidson and Malek impersonated one another, locking down each other’s mannerisms and demeanor. But in 2015, Davidson tweeted that a few fans thought he actually was Malek and joked that he’s been recognized (once again) for his work in Malek’s hit show Mr. Robot.

Did Pete Davidson get mistaken for Rami Malek?

In a deleted tweet, Davidson shared, “Got noticed for my wonderful work on Mr. Robot again.” Reddit users picked up the line and posted it in 2015. Also, Uproxx added more context to the moment. The Uproxx writer pointed out that Malek and Davidson have quite a few physical differences but nonetheless, some fans mixed up the actors. 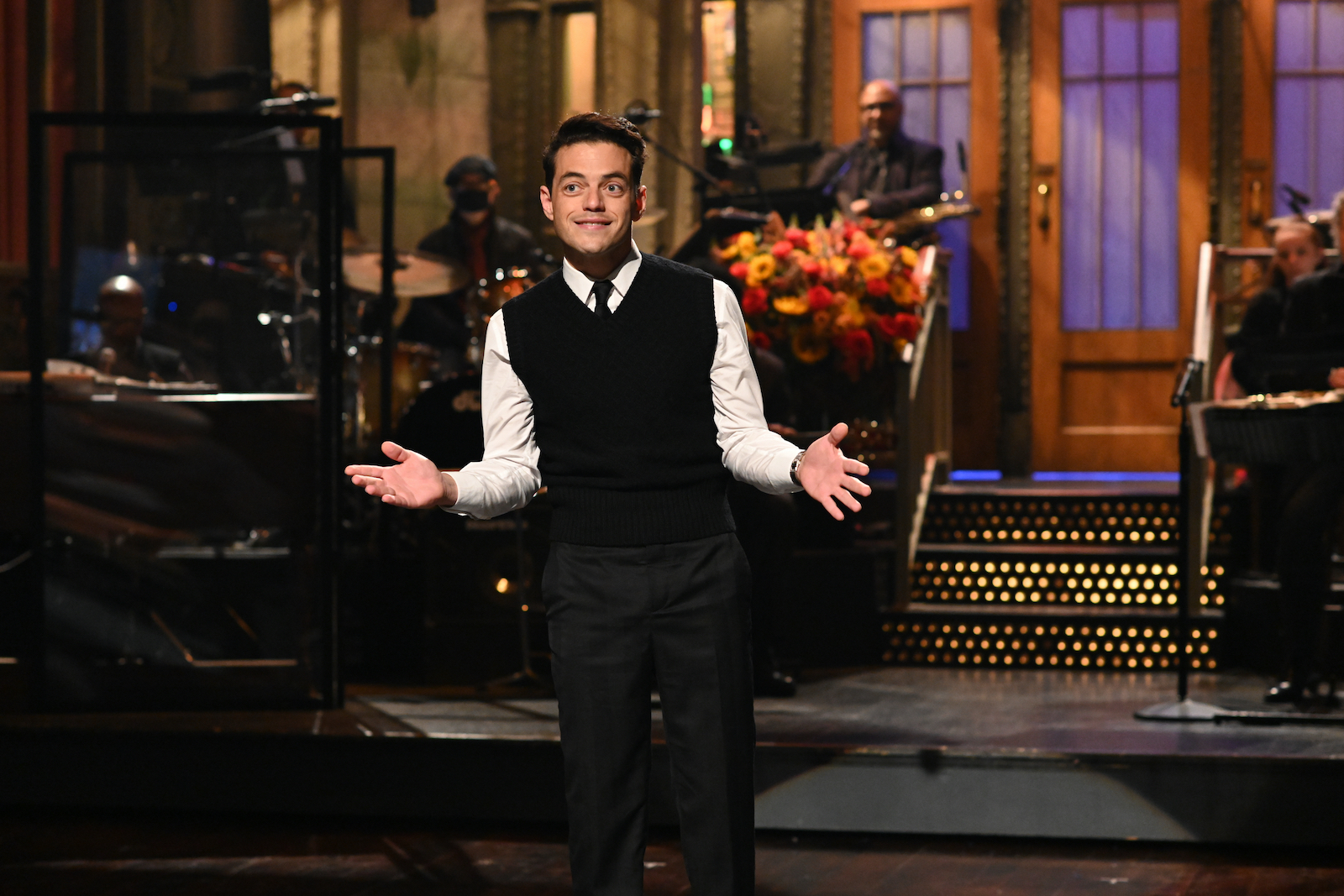 “But none of this fazed a group of passers-by who drove past Davidson and swore that he was Mr. Robot himself, standing right there, before their very (possibly intoxicated) eyes. Davidson caught the whole thing on camera and posted it to Twitter.” While the tweet was deleted, Malek’s Mr. Robot co-star, actor Christian Slater replied, “@petedavidson ha!”

Either the fan encounter inspired Davidson to impersonate Malek in SNL sketches or writers saw the similarities, but Davidson took on Malek’s persona in the past on the show. He first appeared as Malek shortly after being “recognized” for the actor in 2016. SNL spoofed a Mr. Robot commercial with Davidson as Malek.

Davidson tweeted, “Cracked up last night. The #MRROBOT parody on @nbcsnl might even make Elliot laugh,” he wrote in a deleted tweet, via Entertainment Weekly. Davidson later played Malek, the actor in a sketch a few years later. And then again for a Family Feud sketch in 2019.

‘SNL’ fans were here for the ‘Celeb School’ sketch

“Celeb School Game Show” took the impersonation even further because Ramek played Davidson. Malek did an exaggerated version of Davidson, yelling “What up?” when he was introduced. “Yo, do I have to sit next to Rami Malek? I mean his eyes, they’re freaking me out. Dude, stop staring at me.” Davidson, who played a lowkey Malek apologized. Adding, “I’m sorry, people say we look alike.” And, “Maybe. I don’t see it. Maybe if I look a little longer.” Other actors like Bowen Yang, who took on George Takei were praised for their impersonations too.

One fan wished the sketch went on longer. “I wanted it to go on longer. Bowen had @GeorgeTakei down to almost perfection & Rami Malek 7 Pete Davidson playing one another was fantastic (altho Rami did a much better job as Pete than Pete did as Rami).”

An SNL fan thought the entire show was good. “Tonight’s SNL was pretty good actually. Bowen Yang the highlight as usual, but Rami Malek and Pete Davidson playing each other was funny, and Aristotle Athari was hilarious in the final sketch.”