Spoilers: Charity and Mack have sex in the shower three times in Emmerdale 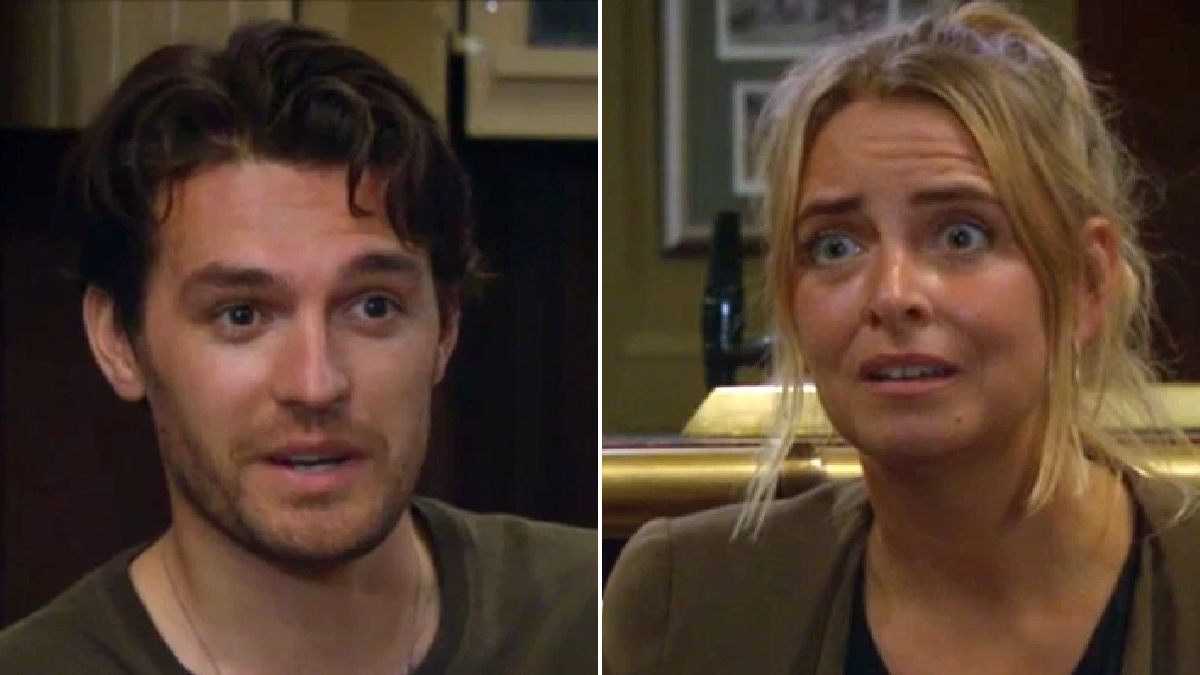 Ryan Stocks (James Moore) was left furious in tonight’s episode of Emmerdale as he discovered Charity Dingle (Emma Atkins) and Mack Boyd (Lawrence Robb) had sex in the shower…three times.

After spending time with Mack and learning his tricks of the very dodgy trade, Ryan has secretly been keeping boxes of aftershave up at Moira’s (Natalie J Robb) barn.

With Charity overhearing conversations between Ryan and Matty, (Ash Palmisciano), she soon headed up to the barn and found Mack moving boxes.

Driving down the road, Charity stopped to find Matty and Ryan.

Explaining she had called the police on Mack (who was currently in the boot of Charity’s car), Charity told Matty and Ryan she had decided to at last teach Mack a lesson.

Guilt increasing, Ryan confessed that Mack wasn’t involved, but the dodgy dealings were all down to him.

To scare him further, Charity told Ryan he would be spending time behind bars instead.

Leaving the shower on, Mack (very loudly) announced that Ryan had returned home…

Much to Ryan’s horror, Charity came down the stairs and the penny soon dropped that his mum and his mate had been having sex in the shower!

Once? Twice? Oh no, to quote Mack himself, ‘call it thrice’.

Well, this certainly gives a whole new meaning to steamy affair, doesn’t it?