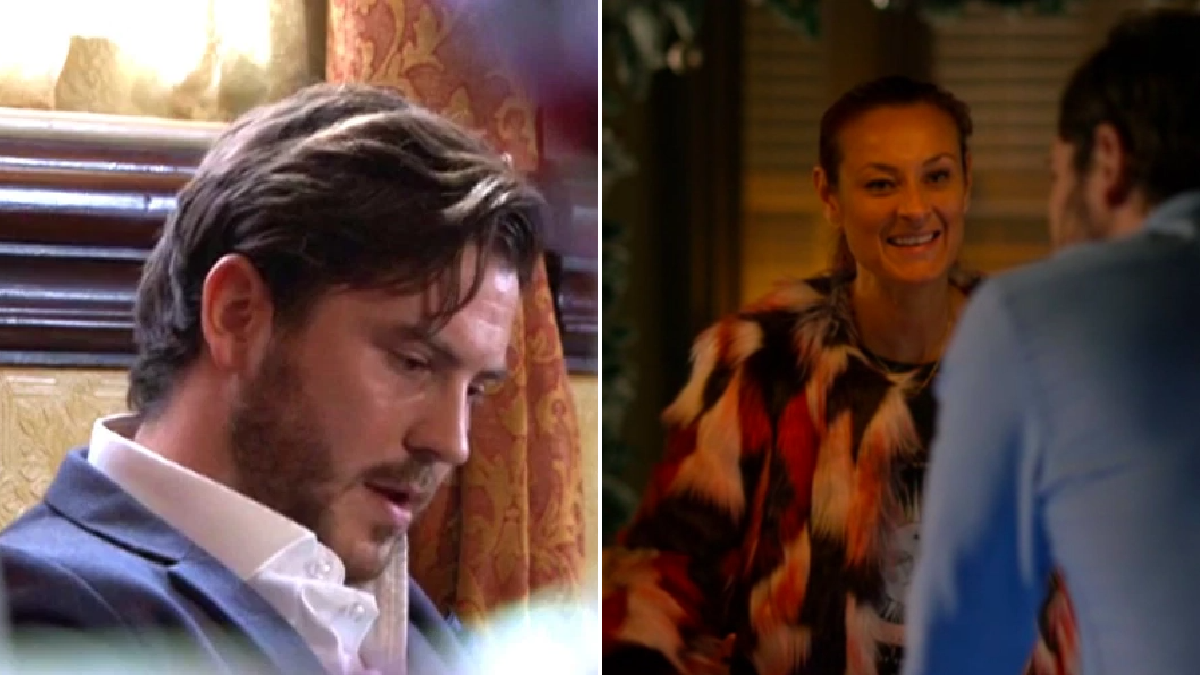 Gray Atkins’ (Toby-Alexander Smith) boss Laura has always known something isn’t quite right about him in EastEnders.

A few weeks ago, after a gala evening, Laura warned Chelsea (Zaraah Abrahams) about Gray and called him a ‘white saviour’.

Tonight, with Gray’s money problems continuing, Laura paid him a visit and informed him he’s lost his job due to the caution he recently received.

Keeping his anger under control, Gray was left stunned when Laura said she knows his true character, saying he thinks ‘he’s smarter than everybody else’ and without a job and money, people will soon see Gray for the ‘nasty little misogynist’ he really is.

His anger bubbling at the surface, Gray shouted at Laura to leave his home, and, in one final blow, Laura told Gray she’d make sure he would never work again.

Discovering further credit card bills courtesy of Chelsea, a furious Gray made his way over to the pub, where he spotted Shirley (Linda Henry).

Wanting to cause problems, Gray lied to Shirley and said he had spotted Tina and thinks she’s trying to come home…but what will Shirley do with this information?

Will she even believe Gray?

How far is Gray prepared to go to ensure the truth about Tina isn’t revealed?