Spoilers: Heated showdown for Kat and Tommy in EastEnders 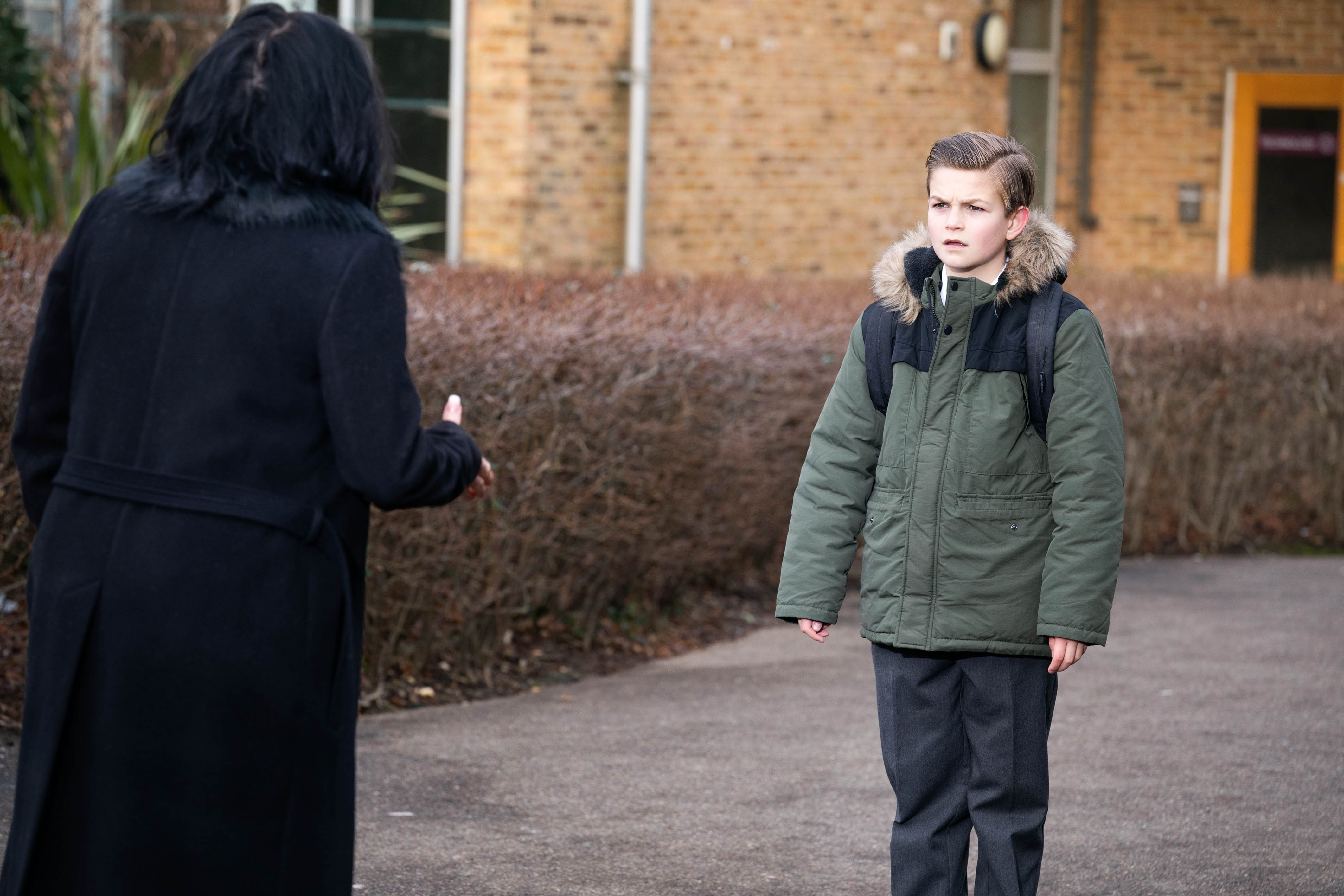 Kat Slater (Jessie Wallace) will struggle to manage Tommy’s (Sonny Kendall) ever change in behaviour, leading to quite the heated showdown in EastEnders.

The young lad is struggling to adapt to the constant changes in his life, leaving him to react to situations badly.

Coming up, when Jean (Gillian Wright) finds Tommy skiving, he begs Kat for some cash for a school trip, but she says no.

As Tommy’s bullying continues, his fear grows when he receives a message instructing him to get some money together by the end of the day.

Tommy denies he took the money and insists the bullying has stopped but as the tension between them rises, it leads to a shocking event occurring.

But what has happened?

Can Kat juggle looking after the twins, her business, Phil’s business and dealing with Tommy’s outbursts?