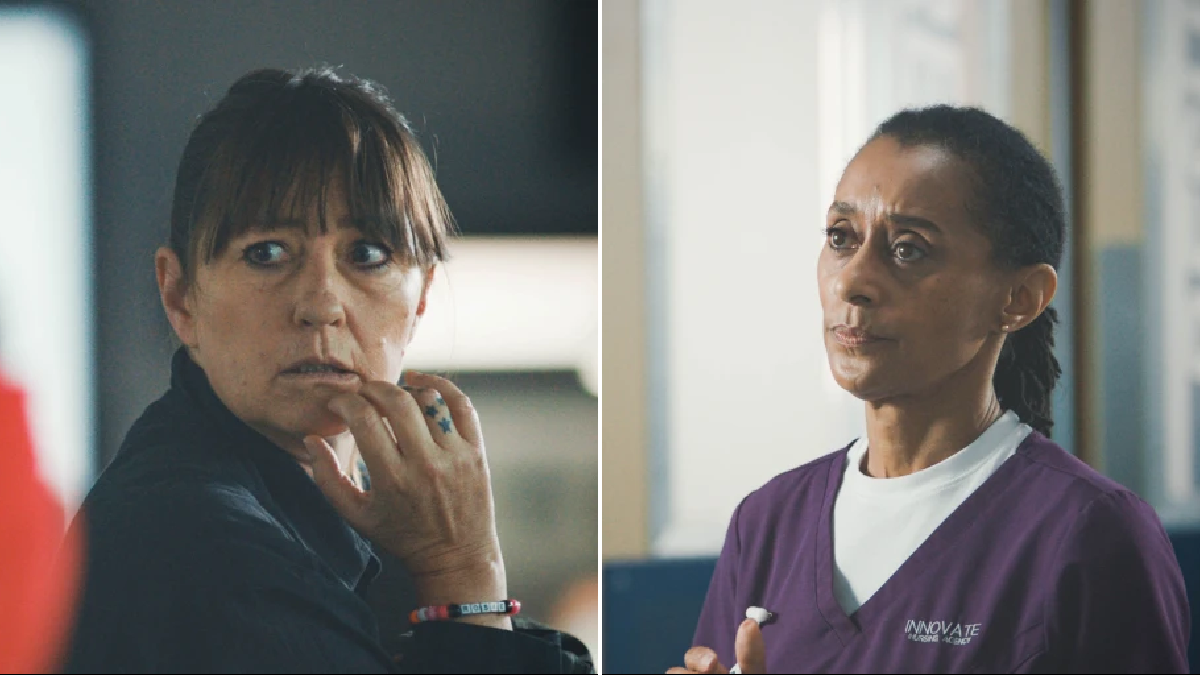 We’re travelling in time in tonight’s Casualty – twice, in fact, as most of the action takes place last Christmas, but picks up on events from way back in 2006 in the first of a gripping two part revenge story.

Back in 2006, a woman called Laura (Holly Aird) brought her daughter Rosie into the ED with mystery symptoms. The staff gradually worked out that Rosie’s illness was actually being caused by Laura, who was deliberately making her daughter ill. Paramedic Josh Griffiths (Ian Bleasdale) chased after Laura as she ran from the hospital and she ended up stabbing him.

Tonight’s episode sees Laura being freed from prison and immediately making her way back to Holby ED. It’s clear she has some unfinished business there and it’s connected to her daughter Rosie (Molly Wright) – but is her presence about to put some of our favourite characters in danger?

She arrives to a Holby which is struggling with high levels of Covid. The country is in the tier system with another lockdown looming and Charlie (Derek Thompson) and the team battle to make sure there are enough supplies of oxygen and PPE to keep everyone as safe as possible.

At the same time, Charlie is struggling with his own feelings of despair a year on from the death of his beloved wife Duffy. He has health worries, too, and has to go for tests. Are his worst fears about to be confirmed?

Into the middle of all this a beloved old face returns. Tess Bateman (Suzanne Packer) is back at Holby doing some emergency cover shifts. Will Charlie be pleased to see her?