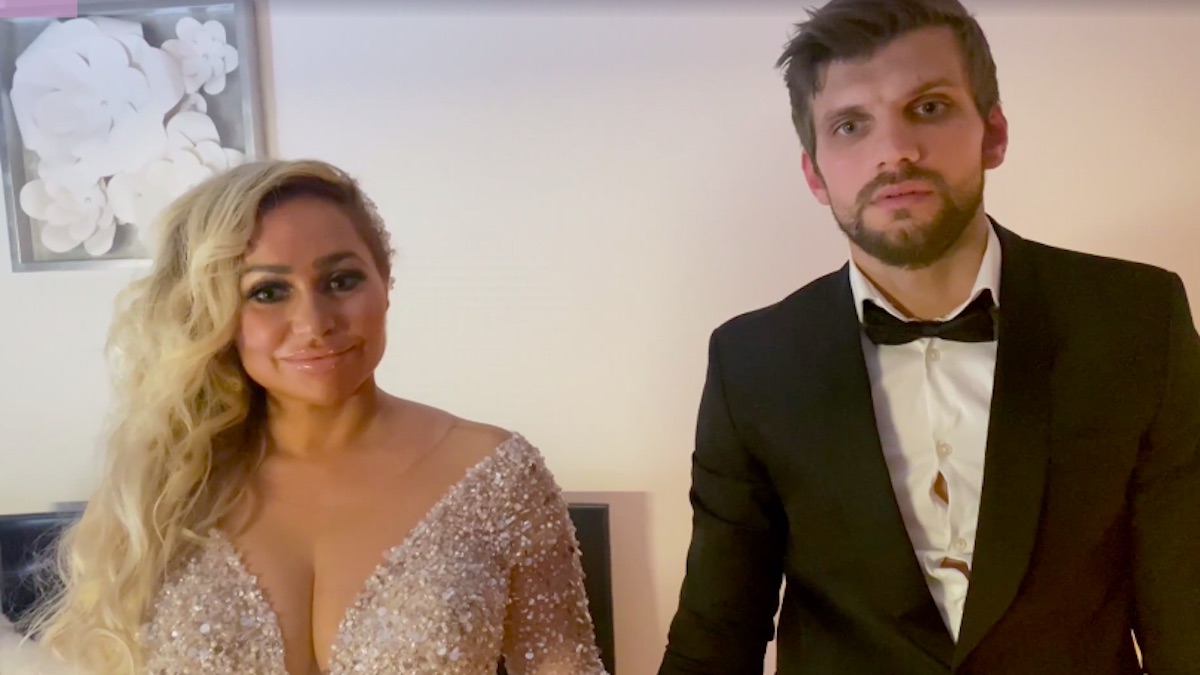 Stacey Silva and Florian Sukaj finally made it official after four long years of long-distance dating.

Unfortunately, Florian’s long-awaited arrival in the US coincided with the global coronavirus pandemic.

The two tied the knot in a quarantine wedding last April, and the Darcey & Stacey star couldn’t be happier.

Her new husband is accused of some sketchy behavior

However, Stacey’s happiness didn’t last long as her twin sister Darcey revealed that her new husband was fooling around while he was still in Albania.

Belgian model Shanti Zohra exposed Florian in a self-filmed video showing the two cozy in bed with her in lacy lingerie.

The two are seen on camera, graphically reenacting sexual positions, laughing at the camera while Shanti made noises of pleasure. Florian looked directly in the camera and knew exactly what he was doing, unlike what his previous story stated.

Stacey’s confused about how the two ended up in a hotel room in the first place. While Florian stands by the story that he and the model only shared a kiss, but viewers aren’t convinced.

Stacey only enjoyed newlywed bliss for a short time before finding herself heartbroken and disgusted with her new partner.

Although his recollection of events with Shanti keeps changing, Stacey stands by her man. The couple worked out the issue, and she is convinced it was one isolated incident.

She finally married the foreign love of her life, and she doesn’t plan on giving up easily.

The two celebrated their marriage with a mini-moon in Rhode Island with sister Darcey and her boyfriend, Georgi. 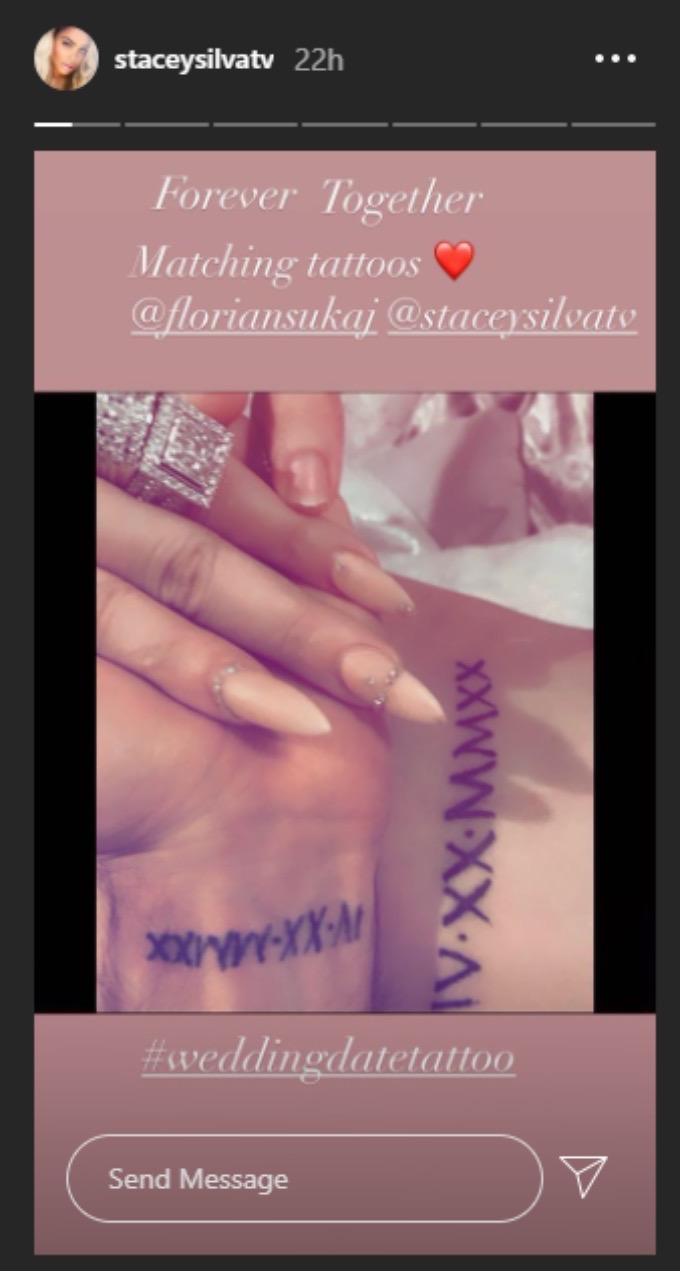 Although COVID-19 derailed her wedding plans, the couple made it extra special by getting matching tattoos. The TLC star unveiled the new tattoos via her Instagram story to prove that the couple is really in it for the long haul.

Stacey and Florian further sealed their vows with permanent ink on their wrists. The tattoos display their wedding anniversary date of April 20, 2020, in simple roman numerals.

Although the thought is nice, viewers aren’t convinced about the relationship. Viewers believe it’s only a matter of time before Stacey finds out something else shady about her new husband.

Do you think Florian and Stacey will stay married?