Strictly Come Dancing 2019: ‘I can’t do it’ Dev Griffin worried ahead of first elimination

Dev and Dianne danced their way to a fantastic score of 30 points in their first routine, landing them in joint third place on the leaderboard, alongside Michelle Visage and Giovani Pernice, and they are hoping to have similar success in their second dance.

After their Foxtrot last weekend, the judges gave them a string of positive comments after their performance, with Craig Revel Horwood describing it as “elegant and graceful”.

Shirley Ballas was also full of praise for the Radio One DJ, telling him he had “musicality off the chart and the best ballroom footwork all evening”.

However, speaking to Rylan on It Takes Two ahead of their Jive, Dev seemed less confident with his ability to perform,

The dance, which will be paired with Olly Murs’ hit Dance with Me Tonight, left Dev expressing worries over its fast-paced nature. 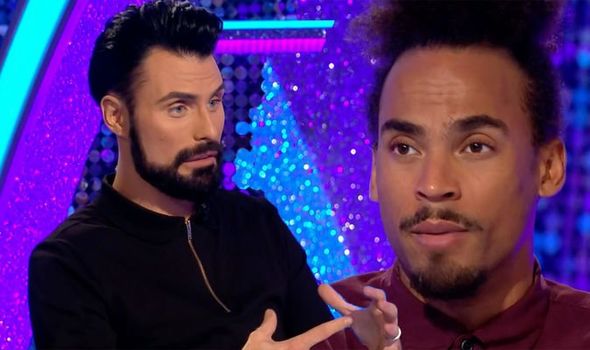 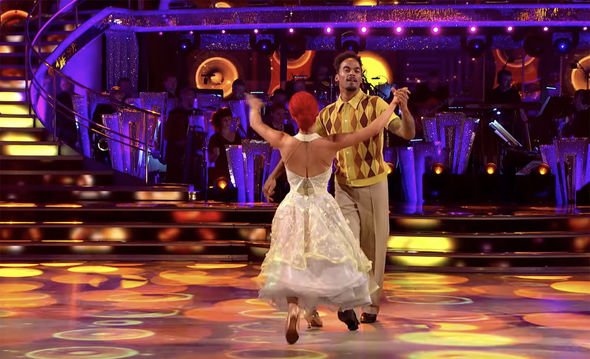 When asked how he felt about the Jive he answered: “I feel like it’s a little bit, I’m sort of familiar with some of the steps, rather than with the Foxtrot.

“I said on day one to some of the steps… I’m not going to be able to do that at all”.

Speaking about what the Jive was like, he told Rylan that “it’s very energetic, you have to put your all into it”. 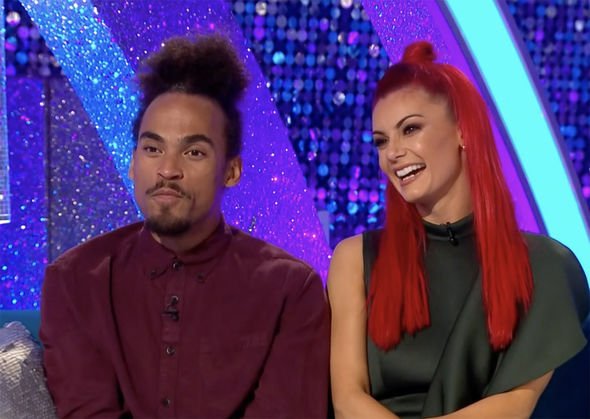 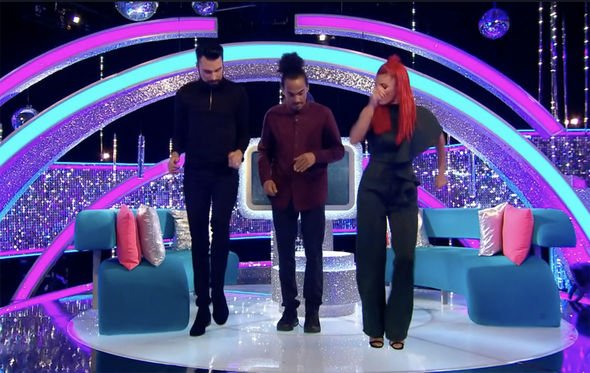 When asked how his kicks and flicks were coming along, she told the host: “They’re getting there, we haven’t had that long on them yet… we’re working on them.

“Even out in the corridor… he’s working really hard,” she shared.

When asked whether there were any parts of the dance he was particularly worries about, he expressed concerns.

He told the host: “Like I said, it’s really energetic and I worry that sometimes I’m a bit laid-back”.

He then joked: “Just before we started I was practically lying on the sofa”

Dev continued to Rylan: “For that 90 seconds I’m going to have to really really go for it, it’s a lot of energy and a lot of technique as well.”

Fans of the show on Twitter were bursting with excitement when the celebrities dances this week were revealed by BBC Strictly’s official account.

“Dev topping the leaderboard with that jive!! I can just see it!!!!” said one viewer.

“Dianne and Dev jiving to dance with me tonight oh my god,” gushed another.

Viewers were left impressed with the DJ after last week, and they will be hoping to see him get towards the top of the leaderboard again tonight.

It comes after Dev admitted that he didn’t know what Foxtrot was before he had to learn the routine, on a VT aired just before his performance.

Defending himself on his Radio One show, he told listeners “I’ve heard of it, I just didn’t know what it was!”

Viewers can see how Dev fares with his Jive tonight as the show returns.

Strictly Come Dancing continues tonight at 6.40pm on BBC One.