Following Gemma Atkinson’s stint on the 2017 series of Strictly Come Dancing, she confirmed her romance with professional dancer Gorka Marquez. Since then, the pair have moved into together and in welcomed their first child, Mia Louise Marquez in 2019. Last year, however, with the Spanish choreographer taking part in the 2020 series of the nation’s favourite dance competition with EastEnders’ Maisie Smith, Gorka and Gemma were forced apart for several months. And during that time, Gemma was left to move house alone. The couple joined Steph McGovern on her self-titled Channel 4 Packed Lunch show to discuss the changes in their lives.

“You’ve just moved house and you did all of that while Gorka was away working,” Steph said.

“Yes, moved house on my own,” Gemma confirmed. “And we were face timing every night and I was asking ‘Do you like this colour? Do you like that?’

“It was a bit of a nightmare really, but we got through it. We were in a situation where so many people giving the circumstance are in the same situation and you’ve just got to get on with it.”

“And a three year anniversary coming up,” the host continued. 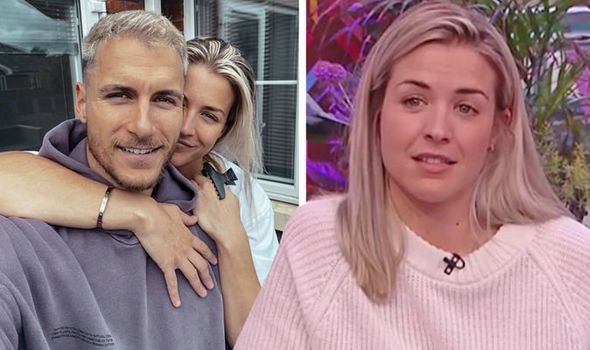 “I know – tomorrow!” The former Emmerdale and Hollyoaks star remarked.

Gorka joked: “Feels like 30!” And Strictly alumni Anton Du Beke who was also in the studio chimed in: “Ever the romantic you see our Gorka.”

“We were supposed to have a weekend away, we planned it at the end of last year,” Gemma explained. “We said like many people did ‘by February, it’ll all be back to normal.’

“So we booked babysitters, hotel, everything, clearly that’s not going to happen. But we’ve got TV shows and nice meals – Gorka is a fab cook so he can cook us a nice meal,” she added. 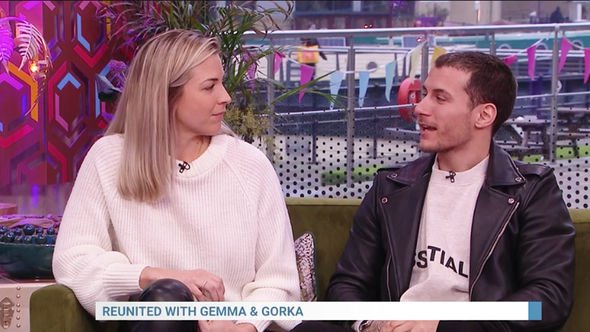 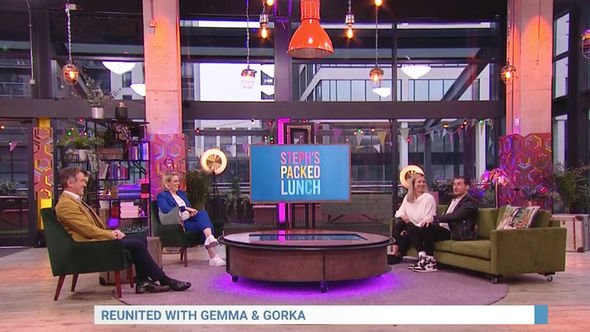 “But, I have something planned, but I cannot say else it will give it away,” Gorka teased.

“I might have the shave my legs now,” Gemma laughed off.

It comes after the actress discussed expanding their family.

She was asked by a followed “would you like more children?” And she replied: “If I’m lucky enough absolutely.

“Not any time soon though. I want to enjoy Mia on her own a while longer yet.

And it seems children are not the only future plans – Gemma and Gorka are keen to get a second home in Spain.

“Not [to live in Spain] full time,” she told her followers.

“We were looking at places over there before all this Covid stuff as we want a base there for Mia to be able to see all her Spanish family, plus Gorks can go see his mates and I have somewhere to go for girls’ weekends.”