Stuart arrested in EastEnders after hostage horror at the GP surgery 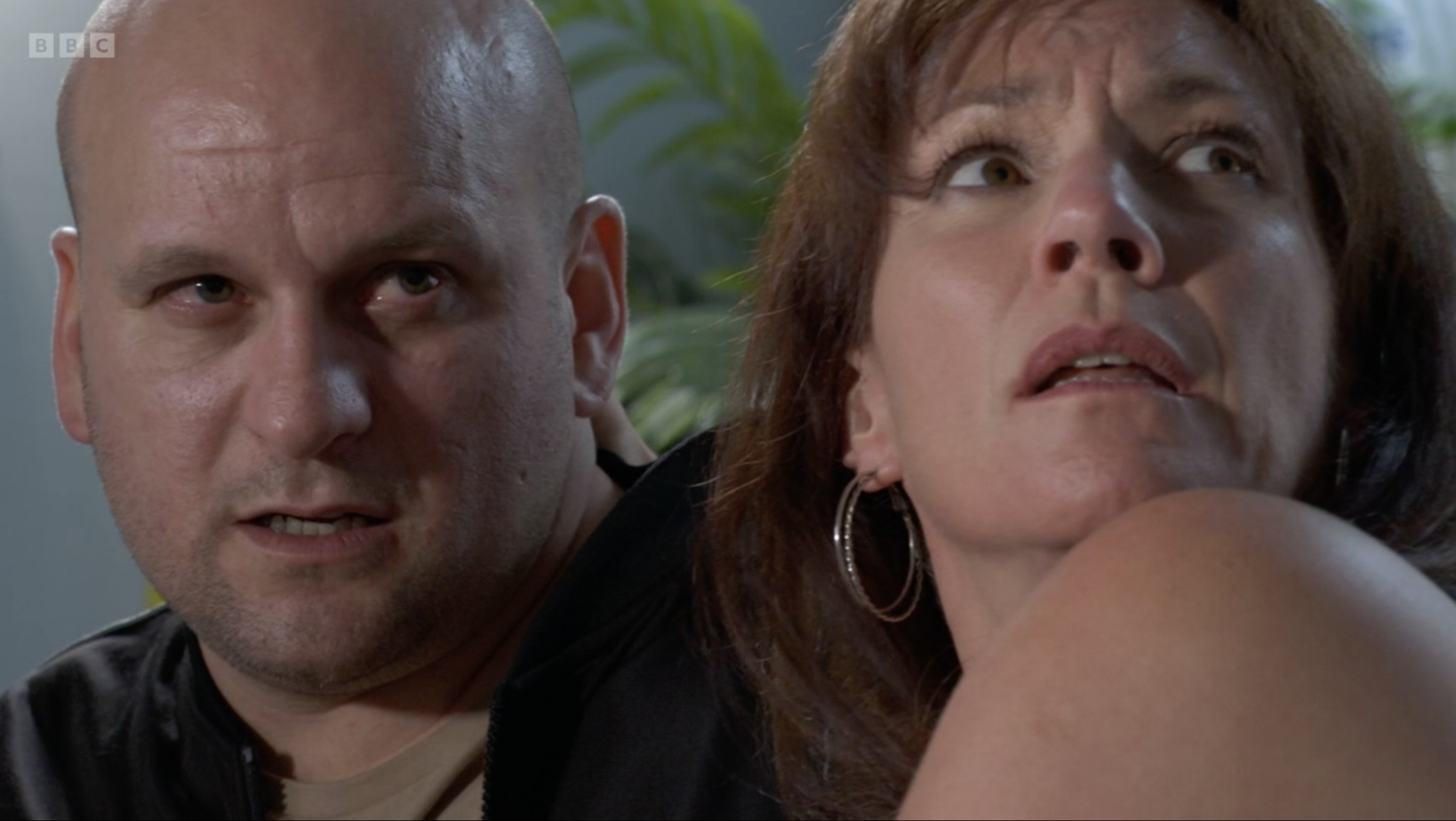 Stuart Highway (Ricky Champ) was taken away for questioning in EastEnders in the wake of a showdown at the new GP surgery, which saw him hold a number of patients against their will.

The former undertaker showed up at the surgery looking for an appointment, believing Nina Gulati (Hersha Verity) to have misdiagnosed him with postnatal depression.

Ash Panesar (Gurlaine Kaur Grcha) told him that Nina wasn’t available to speak to, but Stuart – hot off a heated with exchange with Mick Carter (Danny Dyer) over his treatment of Linda (Kellie Bright) – wouldn’t take no for an answer.

He therefore took hold of the key and locked the door, exclaiming that nobody was leaving the surgery until he was seen to.

Bernie Taylor (Clair Norris), who was present, offered to switch her appointment for Stuart, who was grateful for her sacrifice. Nina, however, made it clear that this isn’t how things work.

Stuart became more and more irate, claiming that Nina got his diagnosis wrong. Nina and Ash, however, remained adamant that he’s struggling with depression.

Bernie, meanwhile, secretly texted Karen (Lorraine Stanley), who soon showed up, pleading with Stu to let her in. Upon realising that Bernie had got in touch with her mum, Stuart felt betrayed, and demanded to see the text, but he was taken aback to see a picture of Roland on Bernie’s phone.

He then became more aggressive, leaving Bernie in tears, as he blamed her for his struggles.

But things soon took a turn, as Rainie (Tanya Franks) arrived, having been informed by Karen that Stuart needed her help. She pleaded with him to let her in, and upon realising that Stu had been given the all-clear in regards to his cancer, they embraced.

Nina, meanwhile, notified the police, who soon arrived, interrupting a heartfelt moment between Stuart and Rainie.

Will Stuart face the consequences for holding innocent people against their will?

EastEnders continues Wednesday August 24 at 7:30pm on BBC One, or stream the next episode on BBC IPlayer right now.