For many in the film community, Sundance 2020 was their last live American film festival. A swath of movies and talent debuted before moving on to release on multiple platforms. Some even entered this year’s extended Oscar conversation: “The Father,” “Never Rarely Sometimes Always,” “Promising Young Woman,” and a long list of stellar documentaries, including “Athlete A,” “Boys State,” “Collective,” “Crip Camp,” “The Painter and the Thief,” and “Welcome to Chechnya.”

One year later and, like every other festival, Sundance is virtual. Also like other festivals: It’s subject to the vagaries of COVID.  it’s shorter — seven days instead of 11 —  and the tighter selection reflects that. There are 71 features, a nearly 40 percent drop from 118 last year. It also lacks big names, with few distributors choosing to use the festival as a launchpad. “We are not programming to quotas,” said new festival director Tabitha Jackson. “We are making sure we have a representative and diverse lineup.”

The selection comprises many first-time filmmakers, “more than half,” said Jackson. “Our mission is lifting up emerging voices and independently made films… People came to us with the films they had. We didn’t know if it would be feast or famine. We were aware of some production stoppage, but what we saw were sufficient numbers close to what we see every year. But because of the pandemic — we were designing the festival from the ground up — we needed a tighter program. Mercifully we got a strong slate, but we had to leave great work on the table.”

Distributors overwhelmingly decided that a virtual Sundance premiere doesn’t offer the marketing clout they need. The Premieres section, which usually features titles with distribution, contained 33 titles in 2020; this year, there are 13 and most do not have distribution. In another year, many of these titles could easily have been in Competition. Netflix considered playing one of their documentaries at Sundance, but finally opted to wait for a live festival. “You have to have a plan in place,” said one specialty distributor. “I’d be surprised if any significant movie presented virtually.”

Standing out are two directing debuts by actresses, Rebecca Hall’s sales title and competition entry “Passing,” starring Tessa Thompson and adapted from Nella Larsen’s 1929 novella, and late Premieres selection “Land” (Focus Features) from director-star Robin Wright, who moved on from directing “House of Cards” to make her feature debut. The film, tellingly, has been given a February 12 opening date, ahead of the Oscar deadline. “I see our role as providing a window for the extraordinary creativity that we’ve been entrusted with,” said Jackson. 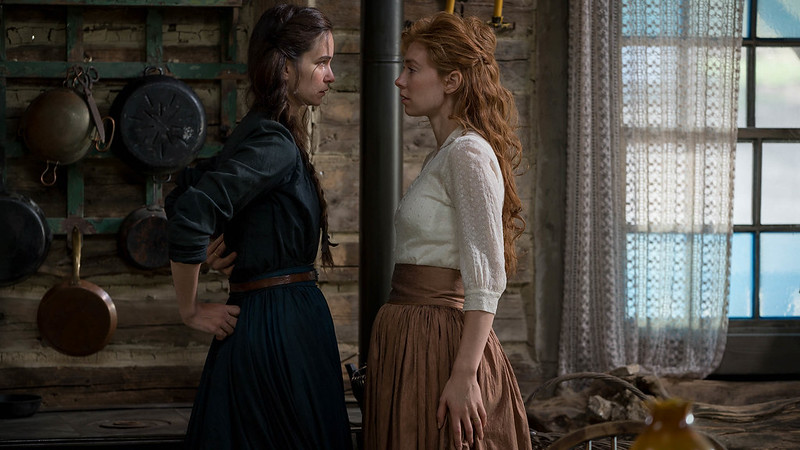 “The World to Come”

Instead, the programmers opted to include more emerging filmmakers with more first-timers debuting at the festival than ever before. It’s always possible for filmmakers to break out at Sundance, from Steven Soderbergh’s “Sex, lies and videotape” in 1989, which jump-started the 90s indie movement, to Benh Zeitlin’s 2012 “Beasts of the Southern Wild,” which came out of nowhere, won the Grand Jury Prize,  and wound up with four Oscar nominations.

That was a live Sundance, crammed with jostling and buzzing agents, managers, casting agents, producers, filmmakers, craftspeople, actors, exhibitors, foreign sales agents, distributors and media with their fingers on the Twitter pulse. “A lot of the scripted films are not going to necessarily benefit from the scarcity because of the type of films they are,” said one sales rep. “If someone took a distracting and fun movie to market, it would clean up.” 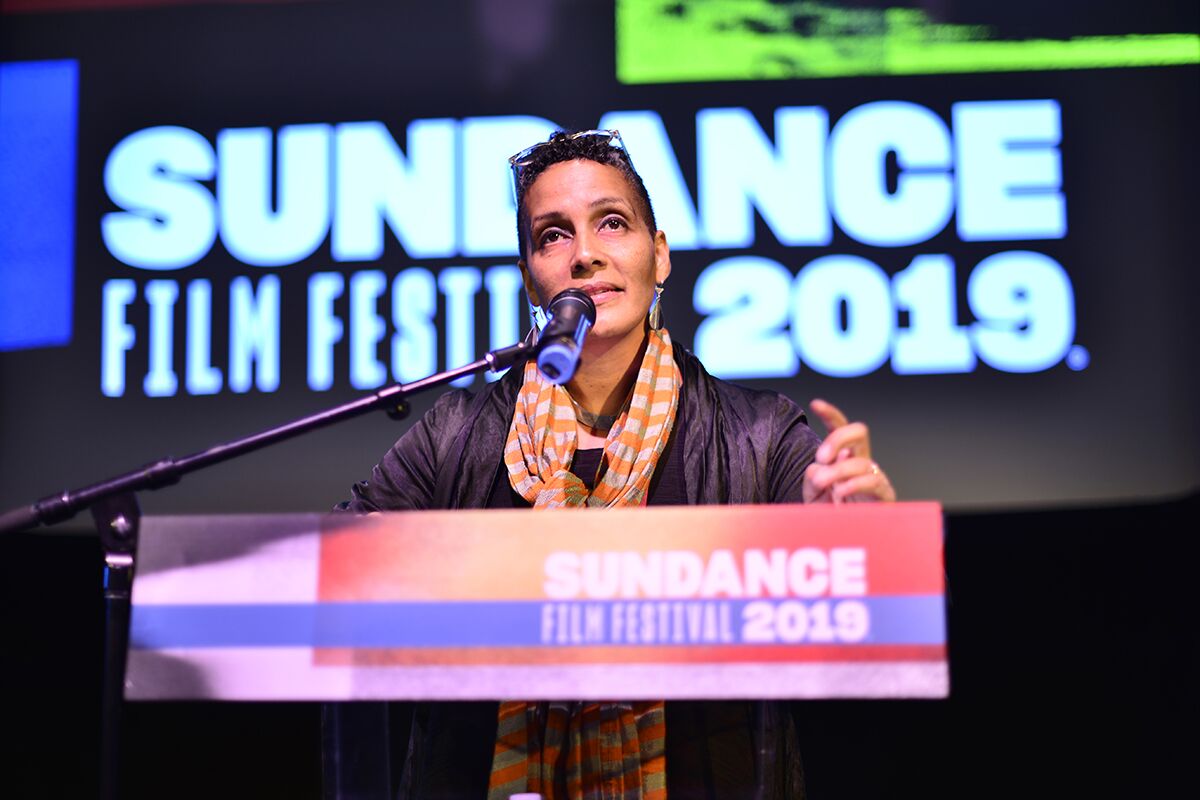 And yet many big-name documentarians sat this festival out, either because their films weren’t finished, or they chose to wait, or they weren’t accepted, or found a distributor, like R.J. Cutler’s “Billie Eilish: The World’s a Little Blurry” (AppleTV+, February 21). Other missing titles include “Step” director Amanda Lipitz’ “Found,” Jesse Moss’ “Mayor Pete,” and Morgan Neville’s portrait of the late “Parts Unknown” host Anthony Bourdain.

There will still be a market. Loyal festival sponsor Netflix will cover acquisitions, along with six platforms trying to fill their content pipelines. Expect a hot title on Day One, January 28: “Summer of Soul (Or, When the Revolution Could Not Be Televised)”, from musician-director Amir “Questlove” Thompson, set at the sprawling Harlem Cultural Festival, the same summer as Woodstock. (Cinetic reps the film.) “The structuring is elegant,” said Jackson. “He reclaims part of our history, it’s scandalous, that the footage was even hidden from us.”

The experience of Sundance itself will be different this year, as badge holders hang out in virtual waiting rooms, or at the pricey new platform for New Frontier, which does not require VR goggles for all its immersive offerings. “We wanted to try and make gathering around the films meaningful for people,” said Jackson, “not simply by clicking the play button but having the sense of place, going somewhere at a certain time, with an appointment to view, as well. It’s a combination of the waiting room and watching the film live and straight into a live Q&A with the filmmakers.”

Still to come: more program announcements. “We might have a couple things up our sleeve,” said Jackson. “We will see.”