Sundance Loses a Leader: Institute CEO Keri Putnam Will Step Down in August

After 10 years running the Sundance Institute, CEO Keri Putnam told her staff and the Board of Trustees that she will step down later this year.

In an interview this week, Putnam said the decision was her own and that she had been mulling a departure in recent years, particularly in the wake of long-time Sundance Film Festival director John Cooper’s exit in 2019 and hiring his replacement, Tabitha Jackson. However, she wanted to remain involved with the festival through the 2021 pandemic edition, and its conclusion struck her as a logical time to exit.

“Once the pandemic hit, it was obvious that I was going to stay with the organization to help onboard with Tabitha and the team for this challenging year,” Putnam said. “Having come through that in ways we all were really proud of, it just felt like a natural moment of closure for me to let the incredible team move forward.”

Putnam joined the festival in 2010 after serving as president of production for Miramax Films for three years. “I never imagined I’d stay at Sundance for a decade,” she said, “but I fell in love with it and stuck around because there were always new ideas to pursue.”

The news is a shock to the film community that regarded her as one of its most prominent influencers in recent years. Putnam oversaw dramatic change at the institute and festival, with Cooper promoted to lead the festival following the departure of Geoff Gilmore the year prior; the streaming ambitions of Netflix and Amazon shaking up the marketplace; and studios on the hunt for new generations of talent in film and TV. As Sundance lore of the previous decades faded, Putnam was tasked with keeping Sundance at the forefront of emerging creators and audiences.

“In so many different ways, we tried to respond to the moment and the era of change to make sure Sundance was as relevant to artists and the industry to the next generation as it was for those of us coming up in the ’90s,” said Putnam, who first came to Sundance in 1992.

During her tenure, the institute increased its focus on developing support systems for production, financing, and distribution. This included the 2013 launch of the Catalyst program, which forged relationships between filmmakers and investors and supported projects ranging from “The Witch” to “The 40 Year Old Version.” Putnam also oversaw diversity and inclusion initiatives and the 2018 launch of Sundance Co//lab, an online platform for the Sundance community, as well as its virtual festival format this year.

“I’ve loved my time at Sundance,” she said to IndieWire on the phone. “I’m proud of where we are. It feels like the right time for my next chapter and next change, to start over after what we accomplished in the last year. It feels like the potential start of a new chapter for Sundance, both for me and the Institute.” 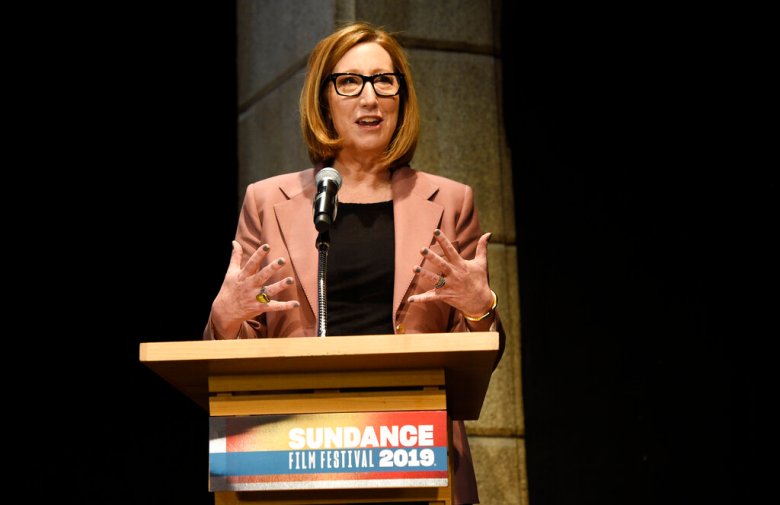 In her time with the institute, Putnam navigated the complex politics of a demanding industry and needy filmmakers with a competitive managerial style. Her replacement will inherit Sundance at a crossroads: Still the biggest brand in independent film, it faces renewed pressure to adapt to a fundamentally different media climate. It’s a far different challenge than the one Sundance founder Robert Redford encountered when he created the organization in the early ’80s as safe haven for filmmaking outside the Hollywood system. The 84-year-old Redford has had a lower profile at the institute and the festival In recent years.

Many in the industry have questioned the long-term viability of the festival’s Park City presence. As a virtual-platform event in 2021, the festival lured around half a million viewers across the U.S., expanded its reach with 25 arthouse partners nationwide, and kept its signature sponsors. The 2021 lineup was lean on buzzy premiere titles from big-name talent, but it still drew excited bidding wars from the $25-million sale of “Coda” to Apple to the $15 million Netflix deal for “Passing.”

That achievement may provide one way forward, though Putnam was adamant about the company’s desire to preserve its Park City presence after her departure. “I think there may be ways audiences can experience Sundance from other vantage points,” she said, “but Park City will always be the home of the Sundance Film Festival, I would think.”

Board of trustees chair Pat Mitchell and vice-chair Ebs Burnough will lead a search committee to identify Sundance Institute’s next CEO. Putnam is happy to consult through “a thoughtful transition,” she said. She will remain in her current role through August and the planning phase of the 2022 festival.

Putnam’s departure arrives at a critical turning point for Sundance as it ponders a post-pandemic future. The institute laid off 13 percent of its staff last July and scaled back on some of its labs. Major sponsors committed to supporting the festival through 2021, but the pressure to resurrect an in-person event in the aftermath of the pandemic presents a major challenge for any organization tasked with locking its plans months in advance.

“We’ve come through the pandemic in a solid place,” Putnam said, adding that Sundance outperformed its budgetary expectations for 2021. “I wouldn’t have felt as comfortable making this decision if that weren’t the case.” She did not deny the challenges of the past year. “We’ve been able to hold onto the stability of our organization,” she said. “It wasn’t without difficulty. We lost some revenue, and had to make some tough decisions. But we are very solid moving forward.”

In a press release announcing her departure, Redford praised her in a statement. “As a fierce supporter of independent creators, Keri has been instrumental in seeing the Institute through a decade of transformation, while keeping a laser-focus on Sundance’s mission of preserving, discovering, incubating and encouraging independent artistry in all forms,” he said. “We cannot overstate her impact, and we thank Keri for her invaluable service in support of independent artists.”

Putnam started her career in development and production, and she’ll leave Sundance as a respected CEO and board strategist who has built digital brands. Her options might include top oversight roles at major arts organizations, emerging production and distribution players, or something completely different. (If the rumors of a White House arts advisor are true, Putnam wouldn’t be a bad candidate.)

“I am eager to stretch in new ways,” she said. “I’m really excited to explore my options right now. The job is so immersive that I needed to make the decision before I step back and think.”