Sunday Brunch, as always, brought a group of eclectic and talented individuals to the show this morning. Included in the roster was food critic, Jay Rayner, who is renowned for being steadfast in his food opinions. While this seemed like a good inclusion to a cooking show, it quickly became apparent there was some bad blood in the studio already. Hosts Tim Lovejoy and Simon Rimmer also welcomed guest chef Jason Atherton, who was already aware of Jay.

Simon and Tim pointed out that Jay had attended a few of chef Jason’s restaurants.

Simon instantly began making faces at the camera, suggesting perhaps they may not have been great reviews.

Tim then began waving his arms in front of him and saying: “Oh, the tension, the tension!” 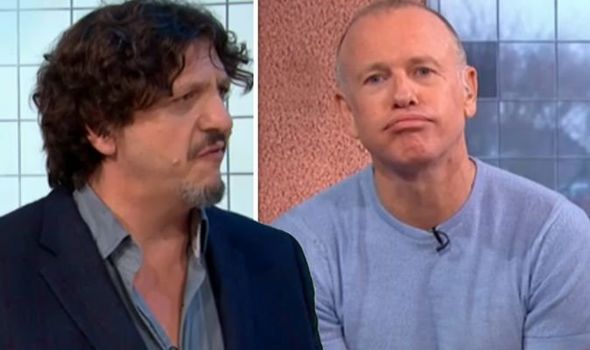 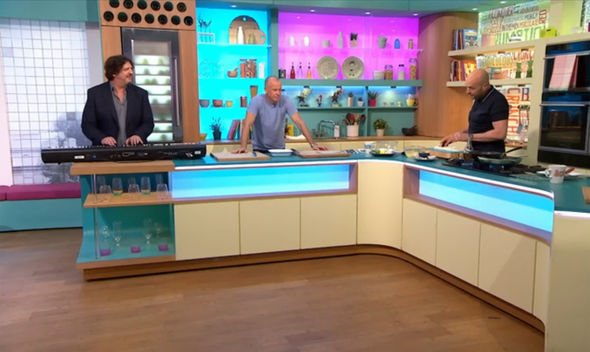 After the group settled their laughter, Jay went on to address the elephant in the room.

“And – I think Jason would agree – some less positively.”

As the studio murmured with anticipation, Simon chimed in to joke: “Jason leave it, it’s not wroth it!” 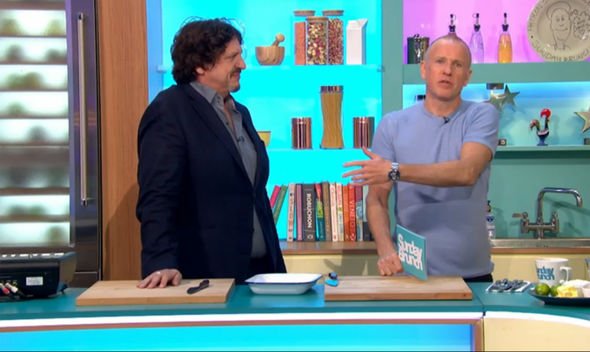 While Jason didn’t say anything, Tim uttered: “I’m really uncomfortable,” before moving on to the next section of the show.

Later in the show, Jay sent the show’s normal routine into turmoil.

The food critic is also a jazz pianist, and treated the guests to some music this morning.

He arrived in the kitchen whilst Tim and Simon were cooking some monkfish, and played them away with some soothing jazz.

Whilst talking to the cast of Celebs Go Dating, Tim was eager to find out about the concept of love.

He asked what was needed for the connection, to which the love expert said: “Intimacy, friendship and commitment.”

Tim then went on to ask further: “Is it a feeling or an action?”

Impressed by this question, Simon announced: “I’m going to celebrate that with flames Tim!”

As the guests cheered, he added: “It needed the flames.”

But then went on to take a jab at their rivals, saying: “You don’t get that on Saturday Kitchen!”

Sunday Brunch airs Sundays at 9.30am on Channel 4.