Take a look inside this Wall Street-esque glass-walled flat on sale for £3.35m 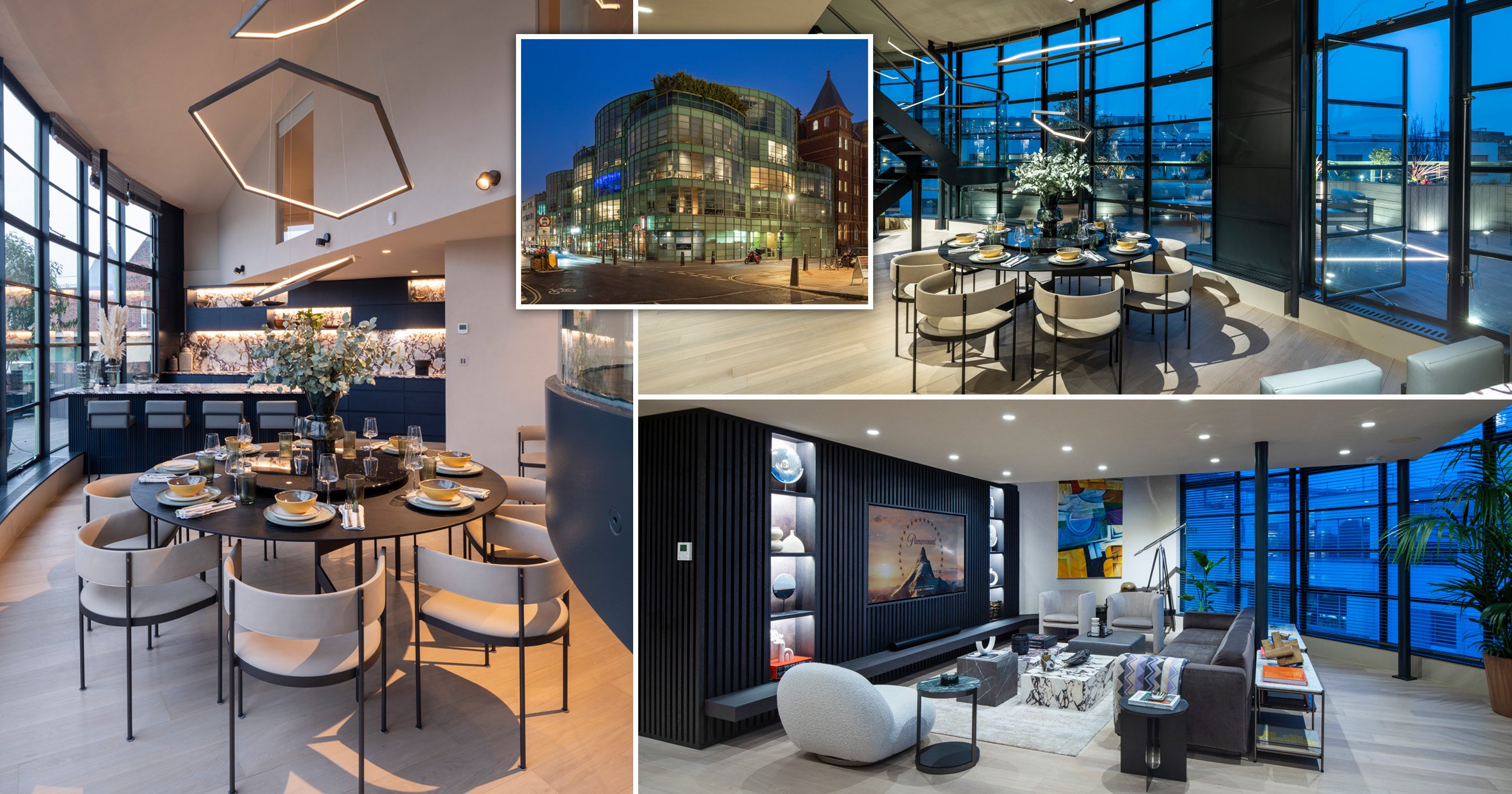 A recently refurbished glass-walled duplex penthouse is for sale in the capital that bears a striking resemblance to Gordon Gekko’s apartment from the film Wall Street.

The 2,653 sq ft three-bedroom flat can be found on the top floor of the aptly-named Glass Building on Arlington Road in Camden.

It was designed by award-winning postmodern architect Piers Gough CBE and built circa 2000-2001.

The curved facade means the space has lush views and plenty of natural light – but you’ll need plenty of curtains for the wall of floor-to-ceiling windows if you’re after any privacy.

In addition to the huge windows, the flat boasts a large reception room with double-height living spaces.

There’s also a sizeable roof terrace with wooden decking that gives the buyer even more stunning views over the London skyline.

Mark Pollack, co-founding director of the selling agent, Aston Chase, said: ‘The spectacular Manhattan style duplex penthouse in The Glass Building is one of the finest penthouses in the Camden, Regent’s Park and Primrose Hill area.

‘It has a striking resemblance to the Manhattan lair of Wall Street tycoon Gordon Gekko and just like that Hollywood-set pad it offers a dramatic, understated and modern success statement for the owner.’

Just like the film character’s home, the penthouse’s reception room in The Glass Building has polished plaster walls and pale engineered oak flooring.

Piers Gough has said: ‘The visual effect is of a series of curved bays coinciding with the curves of the apartment living spaces, a building that tries to be beautiful by being true to itself and its site.’

There’s also a utility room, a guest cloakroom on the lower floor, and a fully fitted designer kitchen and dining area.

The principal bedroom suite has a walk-in dressing room and principal bathroom with a freestanding bath and marble shower.

There is also a principal guest suite with built-in wardrobes and its own en suite bathroom, as well as a Sonos sound/home entertainment system, a Rako home-automation system, underfloor heating, and air-conditioning.

Get in touch by emailing [email protected]