‘Ted Lasso:’ Hannah Waddingham Says 1 Of Her Costars is a Musical Theater Queen

Ted Lasso obsessives will know that the show loves to make musical theater references. Who could forget Coach Beard saying “F—yeah, the Gershwins!” in season 1 episode 8? Or when Ted references Oklahoma and The King and I in one joke?

The show has also alluded to West Side Story and All That Jazz. Heck, in the season 1 finale Marcus Mumford sings “You’ll Never Walk Alone” from Carousel, which is also Liverpool Football Club’s anthem. For a show about soccer, they sure love musicals.

Luckily, the show has its own musical theater legend right in its ranks. 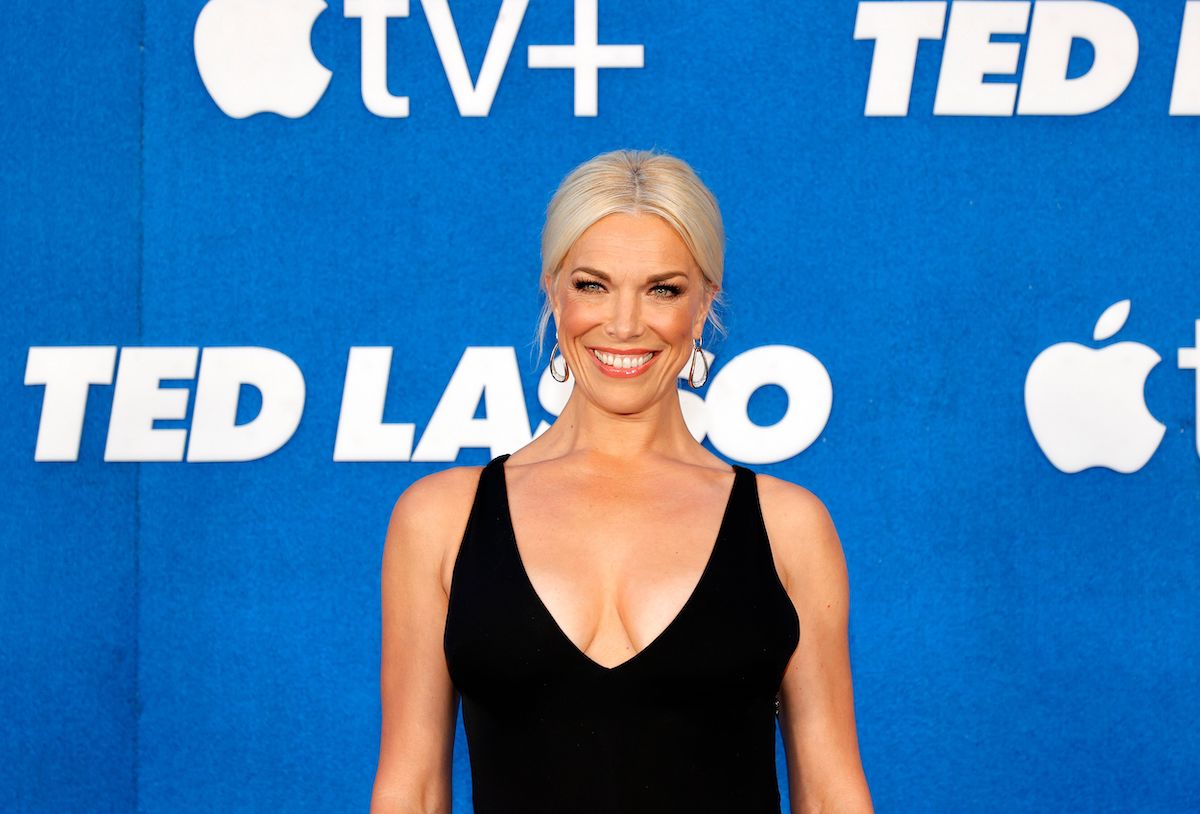 Hannah Waddingham started out in the theater

Before she was even on Game of Thrones, Waddingham made a living working on the West End. She originated the role of The Lady of The Lake in the original British production of Spamalot. She eventually played the role on Broadway.

She also starred in A Little Night Music, The Wizard of Oz, and Into the Woods. In 2013. She was nominated for an Olivier Award for Kiss Me Kate.

Of course, Ted Lasso has put her past stage experience to good use. In season 1 episode 7, Waddingham’s Rebecca Welton belts out a rousing rendition of “Let It Go” from Frozen. During the season 2 Christmas episode, she also sang the holiday pop classic “Christmas (Baby Please Come Home).”

When Waddingham appeared on Late Night with Seth Meyers, she revealed which of her castmates was starstruck when he met her.

‘I’m telling you Brett Goldstein [who plays Roy Kent] was fangirling like a b—- and he knows that was true so I’m not speaking out of turn!” Waddingham said

She confronted Goldstein about his obsession with show tunes during a rewatch segment with TV Guide. While reacting to Rebecca’s karaoke number, Goldstein pointed out that he was mouthing the words to “Let It Go.”

“That is so not Roy Kent mouthing the words,” Waddingham teased. “That is Brett Goldstein, who can’t help himself because he’s a musical theatre queen at heart.”

“100% not true,” Goldstein argued. “Roy’s got a niece, who he watches Frozen with. Roy was always gonna mouth it.”

However, both Roy and his actor were in awe of Waddingham’s performance during that scene. “But to sit in the room this close to Hannah Waddingham when she’s doing the singing, all day as well – My goodness.”

The ‘Ted Lasso’ writers room is packed with fanboys

Meyers asked Waddingham about the show’s love of musical theater on Late Night. “Do you feel extra appreciated know that you’re around these West End fanboys?” he asked.

“That’s exactly what they are,” Waddingham replied. “In fact, I said to Jason [Sudeikis] and to Brett [Goldstein] and our lovely Coach Beard Brendan [Hunt], ‘You do realize that in the West End we would call you West End Wendys?’ Because they know more show tunes than I do. I’m meant to be the one that’s had like a 20-year long musical theater career and they’re suddenly finishing each other’s sentences.”

She went on to joke that was how she got the role, “because they were all just like ‘Ooooo. I saw you in Into The Woods!’”

RELATED: ‘Ted Lasso’ Star Hannah Waddingham and Her ‘Game of Thrones’ Co-Star Hilariously Recall a Time When a Fan Thought They Were Dating