'The Big Bang Theory': 5 Adorable Sheldon and Penny Moments That Prove They Were the Show's Cutest Duo

Sheldon Cooper and his neighbor Penny have a special bond on The Big Bang Theory. They are good friends, but they also roast each other with hilarious banter. Here are five Sheldon and Penny moments that prove they were the show’s cutest duo. 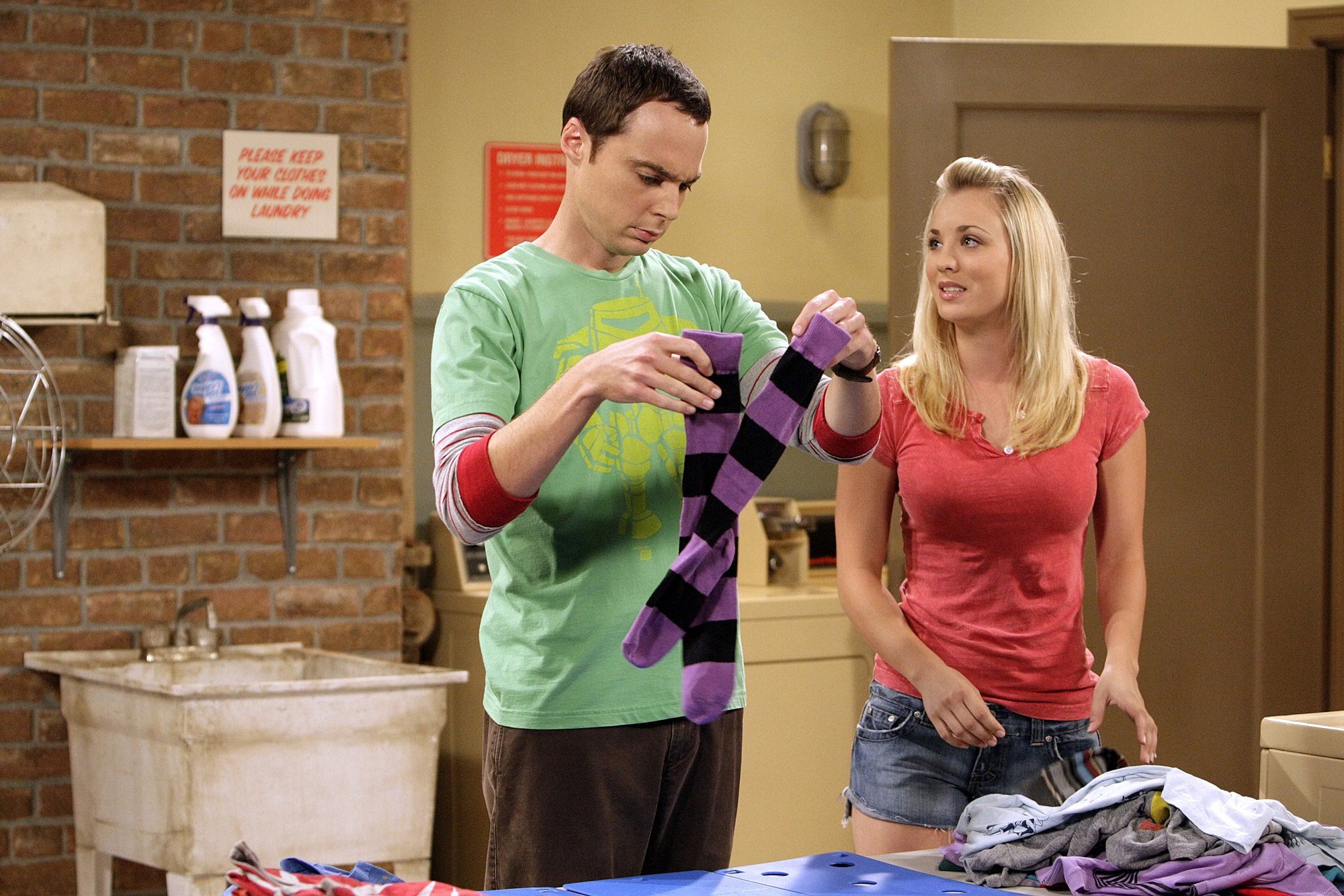 In season 1, episode 11 of The Big Bang Theory, “The Pancake Batter Anomaly,” Sheldon falls sick with a cold after a sick Penny pays a visit. He’s used to being babied by his mother when he’s ill. But with his mom not around, Sheldon turns to Penny for tender loving care.

When Penny comes by to drop soup off for Sheldon, he asks her to rub Vicks VapoRub on his chest. And just when she’s tucked him in and is ready to leave, he insists she sings him “Soft Kitty” in the exact same way his mother did.

2. When Sheldon finds out Penny picked a chair up off the street

In season 5, episode 2, of The Big Bang Theory, “The Infestation Hypothesis,” Penny (Kaley Cuoco) finds a chair on the sidewalk and brings it into her apartment. When Sheldon (Jim Parsons) comes to visit, he sits on the chair and compliments it.

The two have a lovely chat about this and that. But when Penny reveals that she found the chair on the street, Sheldon jumps up in a panic, starts undressing, and runs into her shower.

“I’ve been sitting in garbage,” he frantically replies.

3. When Sheldon agrees that Penny is stupid

Penny is always there for Sheldon when he needs advice about emotional situations. When Penny asks him to teach her science, in season 3, episode 10, “The Gorilla Experiment,” he willfully agrees. But when Penny is unable to grasp certain concepts, she breaks down in tears.

“Why are you crying?” Sheldon asks. “Because I’m stupid,” Penny replies.

“Well that’s no reason to cry,” he explains. “One cries because one is sad. For example, I cry because others are stupid, and it makes me sad.”

4. When Penny and Sheldon are in business together

In season 2, episode 18 of The Big Bang Theory, “The Work Song Nanocluster,” Penny starts her own hair clip business, called Penny Blossoms. And she enlists Sheldon’s help to streamline the manufacturing process.

The two sing a sea shanty for efficiency. And when Leonard (Johnny Galecki), Raj (Kunal Nayyar), and Howard (Simon Helberg) show up and see the pair working, they start offering their own expert advice.

5. When Sheldon takes Penny to the emergency room

In the eighth episode of season 3, “The Adhesive Duck Deficiency,” Penny falls while taking a shower in Sheldon and Leonard’s apartment. Sheldon is the only one around, so he takes Penny to the emergency room.

With her shoulder dislocated, Penny asks Sheldon to fill out her medical questionnaire. “When was your last menstrual period?” he asks.

“Next question!” Penny responds in frustration, to which Sheldon hilariously replies, “I’ll put in progress.”