'The Flash': Is a Fan Favorite Character From Season 1 Returning for Season 8?

The Flash Season 8 is turning out to be one big reunion party. Many characters from across the Arrowverse will be making their way to Central City to help Team Flash fight an alien threat in the first five episodes of the season. And, now, one veteran character from season 1 is rumored to be reprising his character. Perhaps The Flash Season 8 will be the final run for Barry, Iris, and the rest of the characters after all. 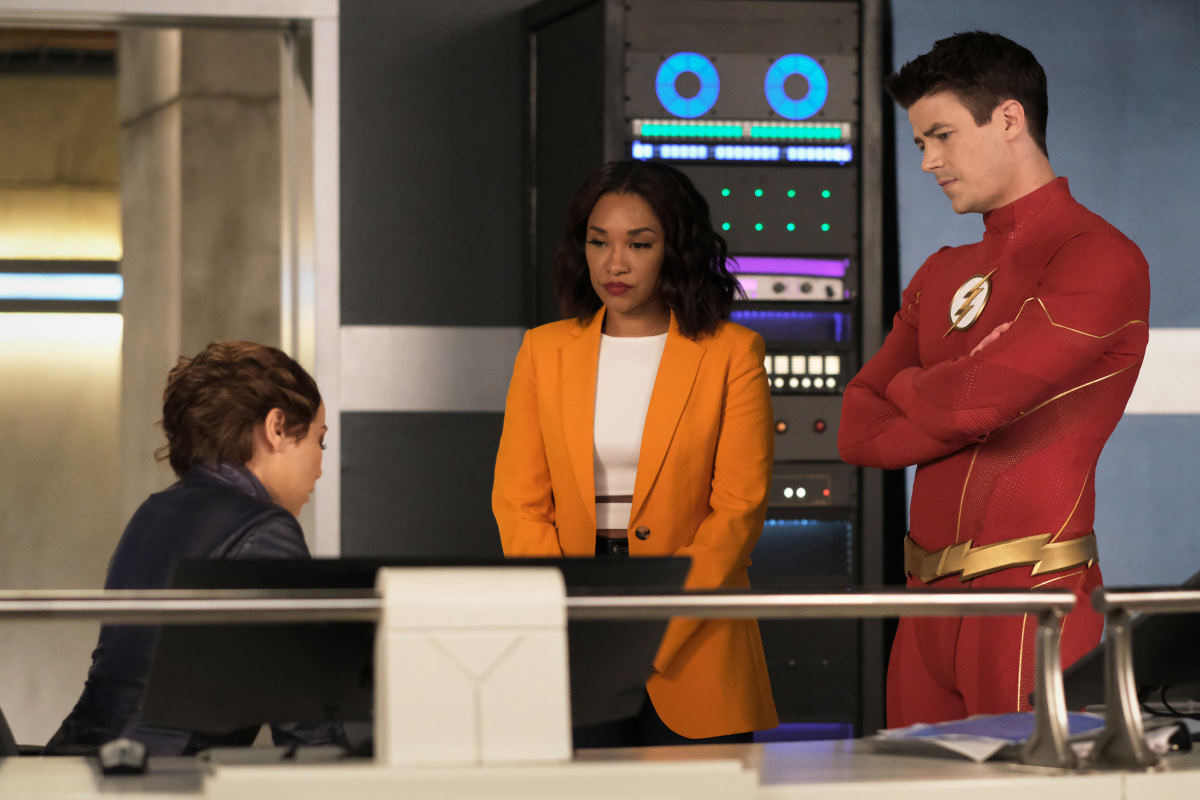 Is Eddie Thawne rising from the dead for ‘The Flash’ Season 8?

Rick Cosnett, who played Eddie Thawne in The Flash Season 1, took to Instagram recently to tease his return to the show for season 8. Cosnett captioned a photo of him in a hotel room, “Special announcement coming tomorrow #theflash.” He tagged the location of the post as “Unknown.”

Of course, fans immediately speculated that Cosnett’s character would return to The Flash. It wasn’t until the next day that TVLine confirmed the news. According to the news source, Eddie will return for one flashback episode after “Armageddon.”

Cosnett posted two photos on his Instagram page to verify the news of his return. The first photo is of himself after he cut his hair short for the role. And the second photo is his name tag for The Flash Season 8. The actor captioned the post with, “If you hadn’t guessed… I’m in the new season of #TheFlash.”

Eddie died in the season 1 finale

Before TVLine confirmed that Cosnett’s appearance in The Flash Season 8 would be for a flashback episode, we wondered if Eddie would return as a zombie since he died in the season 1 finale. And we might have gotten our hopes up that Eddie was still alive somehow. Almost seven years later, and we’re still not over his death.

Eddie first appeared in the pilot episode as a detective at CCPD and Joe West’s partner. He was engaged to Iris, much to the dismay of her childhood best friend, Barry Allen. Although Eddie was an obstacle for Barry and Iris’ romantic relationship, fans grew to love him anyway. And his death in the season 1 finale was quite a shock to the audience.

Eddie was an ancestor of Eobard Thawne, aka the Reverse Flash. The Reverse Flash was the main villain of season 1 who traveled back in time and disguised himself as Harrison Wells to get close with Barry, his arch-nemesis. To stop Eobard from killing Barry, Eddie shot himself in the chest. By Eddie killing himself, he erased Eobard from the timeline. Even though the Negative Speed Force preserved many of Eobard’s time remnants, Eddie still died as a hero. Unfortunately, the Reverse Flash is still tormenting Barry and will probably continue to do so in The Flash Season 8.

Everything we know about ‘The Flash’ Season 8

The CW recently announced that The Flash Season 8 will begin with a five-part event titled “Armageddon.” It’s akin to a major Arrowverse crossover, except it’s only taking place in The Flash. Many Arrowverse stars will show up for the event, including Chyler Leigh as Sentinel, Javicia Leslie as Batwoman, Cress Williams as Black Lightning, Brandon Routh as The Atom, Kat McNamara as Mia Queen, Osric Chau as Ryan Choi, Tom Cavanagh as Reverse Flash, and Neal McDonough as Damien Darhk.

In “Armageddon,” an alien threat makes its way to Central City, causing Team Flash to call their fellow heroes for help. The alien is Despero, played by Tony Curran.

A few other characters besides the ones announced for “Armageddon” and Eddie Thawne will be returning to Central City. The showrunner and actors confirmed that Jessica Parker Kennedy as Nora West-Allen, Jordan Fisher as Bart Allen, and John Wesley Shipp as Jay Garrick will reprise their characters in future episodes.