EXCLUSIVE: The Good Doctor co-EP David Renaud, Brandon Magee (Redd Zone), and Howard Burkons (Redd Zone, John Q) are developing a limited series based on the young adult memoir, A Small If, written by disability advocate Elijah Stacy when he was 17 years old. 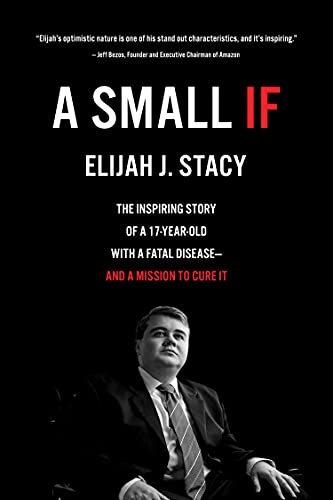 Renaud, who was paralyzed at the age of 19, will helm the project, direct it, and will assemble an all-disabled writers’ room.

The 13-episode limited series follows Elijah’s tragedies and triumphs from his early childhood years through young adulthood. Drawing on his boundless willpower, his quest for agency, and his deep love for his family, he succeeds in transcending his limitations. Elijah’s struggles ultimately transform him into a confident and compassionate leader and an optimistic and energetic advocate motivated to change the ableist world he has grown up in. This mission leads him to the office of one of the world’s richest and most powerful men – Jeff Bezos.

How The Inevitable Foundation Is Fighting For Disability Inclusion In Hollywood

“As a person living with a disability, I was drawn to Elijah’s memoir,” said Renaud in a statement to Deadline. “This is an opportunity to tell an authentic story about empowerment and our ability to pursue our dreams in the face of what many people often consider insurmountable obstacles.”

Renaud was previously a staff writer on ABC’s Blood & Oil and CBS’ Pure Genius before joining ABC’s The Good Doctor during the show’s first season. He continues to write on the Freddie Highmore-led series and also serves as co-executive producer.

Magee and Burkons are also currently working with producers Jon Mone and Miguel Melendez on the Netflix movie Redd Zone, starring Jada Pinkett Smith, which they are executive producing for Westbrook Studios. Additionally, they are collaborating on several other projects including the comedy series The Marty Tyson Show, as well as the animated short Ocir—written by Magee— based on the book Love Letters to My Son by Ocir JaRon Black.

“Elijah’s story is a moving chronicle of one remarkable young man’s grit, self-confidence, and determination,” Magee and Burkons shared. “We hope that by making it possible for Elijah to reach a wider audience with his story we can help him achieve his goal of raising awareness about DMD and finding a cure for this disease.”