The Handmaid's Tale: June Osborne prepares for trial in teaser

Commander Fred Waterford (played by Joseph Fiennes) and his wife Serena Joy Waterford (Yvonne Strahovski) were arrested and held in custody for their part in establishing Gilead. Despite this, fans of Hulu’s The Handmaid’s Tale are convinced that Commander Joseph Lawrence (Bradley Whitford) is the one authorities are really after.

In a recent episode of the dystopian show titled Testimony, fans watched as June Osborne (Elisabeth Moss) took the stand at court and detailed the abuse she endured as a Handmaid in Gilead.

Watching were her abusers and establishers of the state, Fred and Serena.

However, in the previous episode June received the shocking news that the prosecution had dropped all their charges against Fred.

This came after he agreed to share all his knowledge and inside information in exchange for freedom.
With June visibly furious, government representative Mark Tuello (Sam Jaeger) told June: “Sometimes, you have to let one fish go to catch a lot of other, bigger fish.” 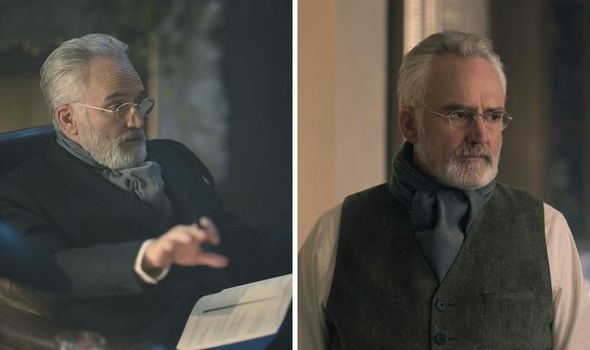 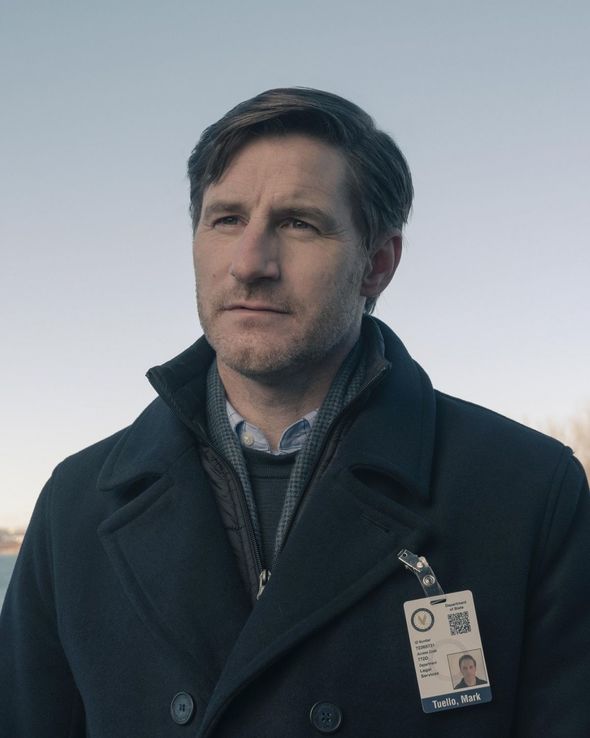 This statement had fans question who the bigger fish were, with Fred being one of the main establishers of Gilead and agreeing to provide inside information, fans narrowed it down to Commander Lawrence.

One fan took to Reddit to post the theory: “Tuello said Fred, a leading commander, was a ‘small fish’ in the vast picture of things.”

“While Serena helped build Gilead with books like A Woman’s Place and speaking engagements, she was shut out of the meetings planning Gilead (happened in a flashback) where the men didn’t want her to speak. Tuello may be gunning for the architect of Gilead, Lawrence.”

As the prime architect of Gilead, Commander Lawrence was in charge of the state’s economy. 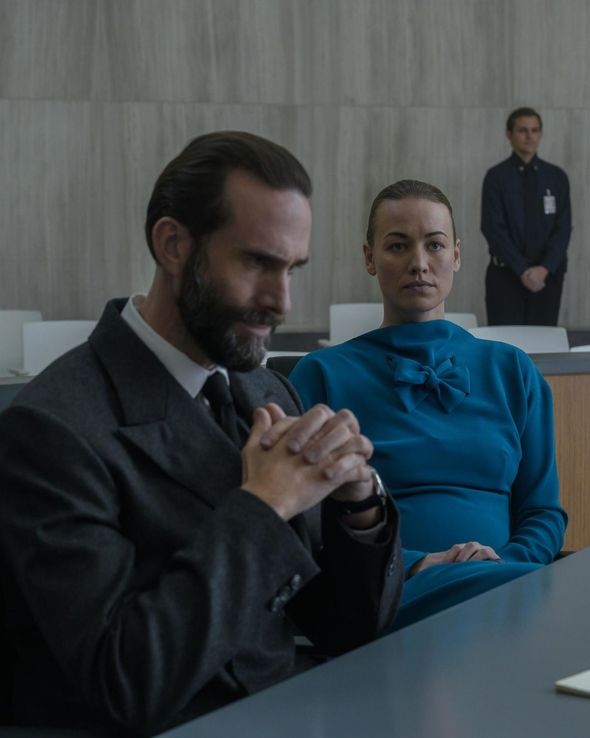 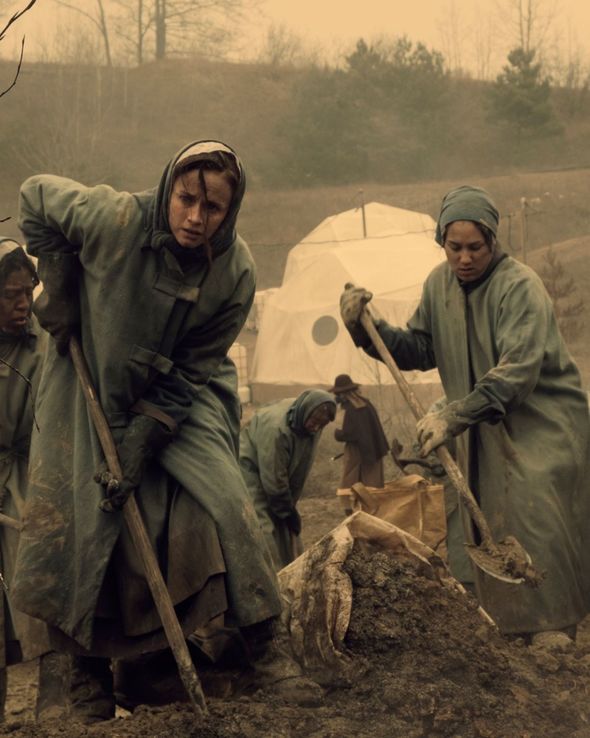 His wife Eleanor Lawrence (Julie Dretzin) also revealed that after the Gilead went into power, Commander Lawrence was responsible for establishing the Colonies.

Handmaids who rebelled against Gileadean laws were sent to the Colonies, where they would be forced to restore fields that were full of pollution and radioactive waste.

In the show, the Colonies were often regarded worse than death, as the Handmaids would die there from sickness and malnutrition.

Fans of the show will remember Moira Strand (Samira Wiley) choosing to work as a prostitute at the brothel Jezebels instead go to the colonies.

Another fan took to Reddit to agree with the theory and said: “I don’t think Tuello cares about Fred much, to him Fred is just a pawn he can use to further his ultimate cause.”

“He was willing to prosecute Fred when he thought his trial would expose the cruelty of Gilead, but when Fred is willing to sell out the secrets of Gilead, Tuello is also willing to take that because it helps with his end goal, which is to bring down Gilead.”

If this theory comes true and Tuello is able to prosecute Commander Lawrence, this would definitely bring down Gilead.

As the Gileadean economy would be left in shambles, the other Commanders left in Gilead may be forced to make a deal with the authorities in order to get supplies for their state.

Will season five of The Handmaid’s Tale confirmed to be happening, fans will have to wait and see if this theory does come true.

The Handmaid’s Tale is available to stream on Hulu