The Kardashian’s Hulu series recently came to a dramatic end after premiering its season one finale last week. After witnessing the reaction to Tristan Thompson’s cheating allegations, fans noticed some major discrepancies in the episode and suggested a key scene could have been fabricated.

Kim Kardashian was the first to learn he had once again cheated on her younger sister Khloe Kardashian and had called an emergency family meeting.

This revelation was unearthed after Tristan’s ex-girlfriend Maralee Nichols announced she had given birth to his son in December, while he was in a relationship with Khloe.

The shocked family came together to discuss the leaked paternity documents, while the 37-year-old, who was shaken by the news, decided to stay home. 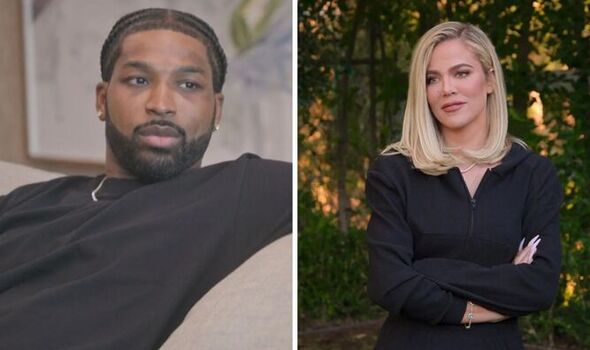 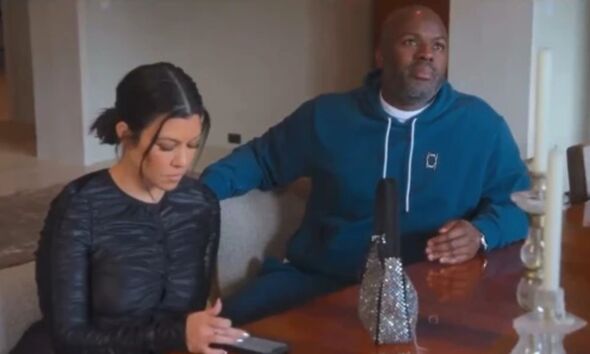 The show caught the moment Khloe discovered the father of her four-year-old daughter True had cheated on her.

Khloe confirmed she found out at the same time as the rest of the world and branded it “an additional slap in my face”.

During the family meeting, Kim was joined by her sister Kourtney Kardashian, Momager Kris Jenner and her boyfriend Corey Gamble.

However, this was when an eagle-eyed fan spotted a major issue with the scene and determined the family had faked the get-together. 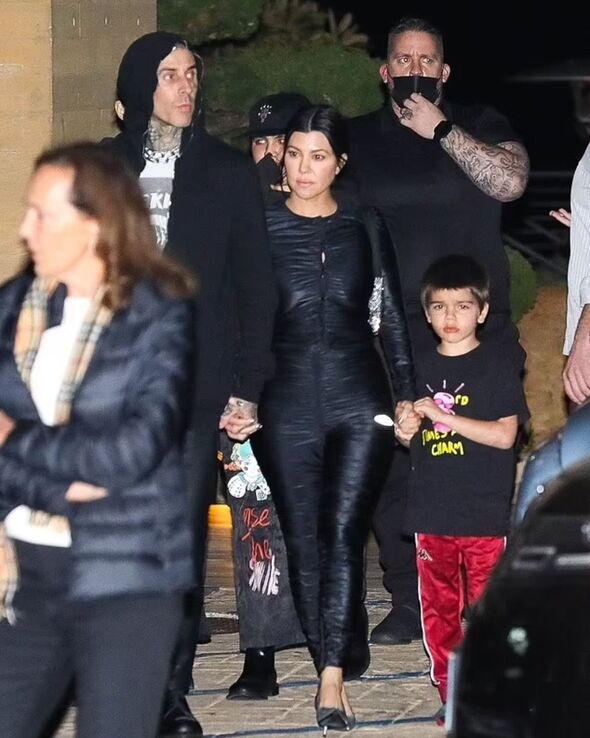 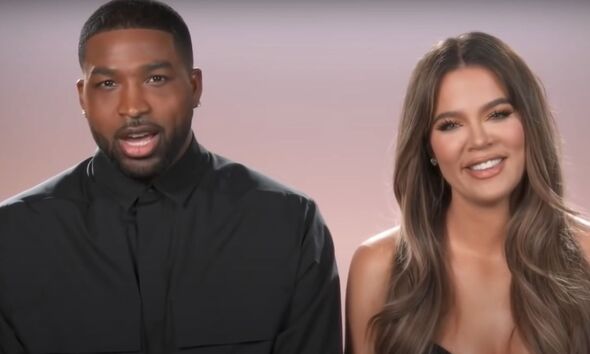 They wrote: “The family meeting was filmed January 31st based on Kourtney’s outfit.

“Khloe found out end of November/beginning of December when the documents leaked and she did attend Christmas with the fam so meeting was staged.”

According to fans, the scene was staged as Kourtney was papped wearing the same black jumpsuit during an outing with her husband Travis Barker in January 2022.

However, some viewers put it down to a faux pas and suggested the 43-year-old repeated her outfit.

Fans were quick to dismiss this as they also noticed she was wearing the same nail polish.

Another Redditor Living-Commercial272 stated: “Her nails are chrome in the episode, in these pap shots, they are as well, chrome.

User EmmyLou205 also highlighted other discrepancies: “I was wondering bc Kylie gave birth in February but they’re talking about her being almost due, but also it’s Christmas???”

With fourth added: “Explains why they were so emotionless about it all. I wish they had stuck to a real timeline rather than jumble it around to have a good final episode.”

Khloe and Tristan’s relationship has been on and off since they began dating in 2016.

He also faced scrutiny from the public after the first time he cheated on the Good American founder when she was pregnant with their daughter in 2018.

The Kardashians is available on Hulu in the US and available in the UK on Disney+.