WEDNESDAY, September 22, marks a new season of The Masked Singer, and eager fans can't wait to unmask the celebrity guest who's dressed as the Octopus.

All four judges, Nicole Scherzinger, Jenny McCarthy, Ken Jeong and Robin Thicke, will come back to the Fox singing competition’s panel, and Nick Cannon will return as host. 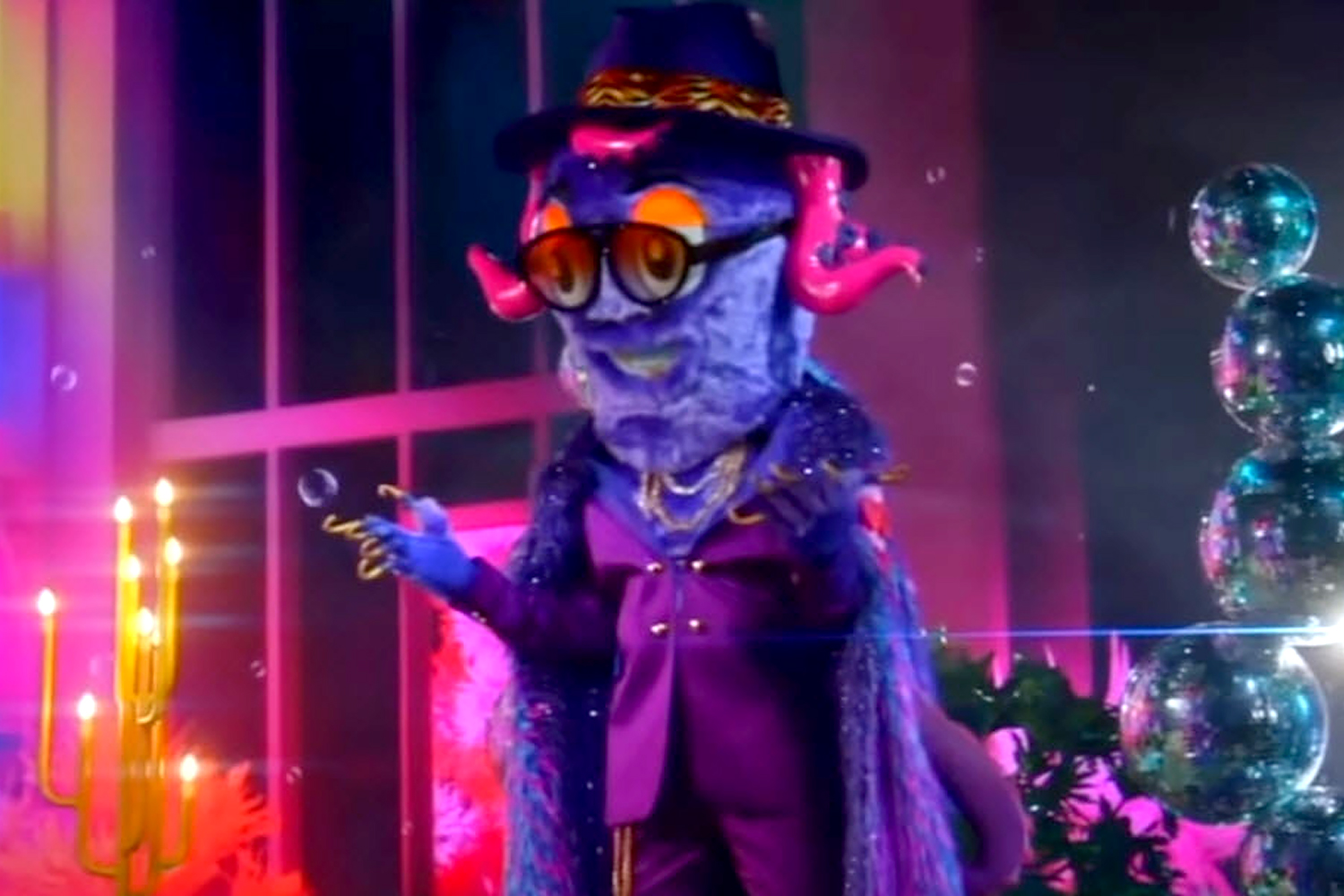 The Octopus wears a hat, sunglasses, a purple suit, and an elaborate, heavy cape to tie the look together.

His funky style includes an animal-print band across his fedora and several gold chain necklaces.

He also has long, curly fingernails, which mimic the tentacles that make up his “hairstyle.”

What are the clues for the Octopus?

The sneak peek intro video for the Octopus features a starter clue: a clip of a cookie being dipped in milk.

The cryptic clue isn’t the only information we have about the Octopus.

Some performances got a sneak preview ahead of the sixth season’s debut, including this undercover performer.

In his first episode of the show, the Octopus sings Tutti Frutti, originally by Little Richard.

The backdrop is a fruit-filled tiki party, and the Octopus seems right at home in the tropical, aquatic scene.

What are the theories about who the Octopus is?

The Octopus has a gravelly, sultry voice, but most fans of the show agree he doesn’t sound like a professional singer–with one exception.

Fans think this costume could be covering Lou Bega, who is most famous in the US for Mambo No. 5.

This leads some to suspect the Octopus is a basketball player.

He could also be a basketball fan, like J. B. Smoove, the actor and comedian who competed in the 2019 NBA All-Star Celebrity Game.

The Octopus and other masked singer contestants will come to Fox on Wednesday, September 22.