Despite some impressive performances, The Masked Singer had to say goodbye to one more celebrity contestant this week. Fans of the Fox series tune in each week, and were shocked when the latest celeb had the mask ripped from their head.

The stakes have only been getting higher with each new instalment of The Masked Singer, with this year’s US iteration promising bigger and better celebrity guests.

Whoever was sent home this week would join the ranks of legends such as Dionne Warwick and Tony Hawk, as well as Sarah Palin causing the biggest shock of the season so far.

Last week the Swan took flight, as actress and model Bella Thorne was revealed to be beneath the elegant costume.

This week, viewers sadly had to say goodbye to the T-Rex, as she failed to impress the judges with her energetic performance of Jai Ho from Slumdog Millionaire. 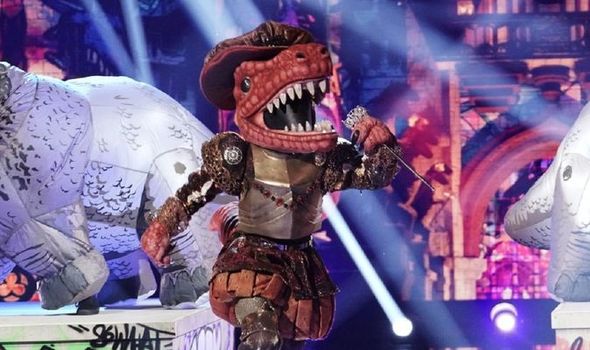 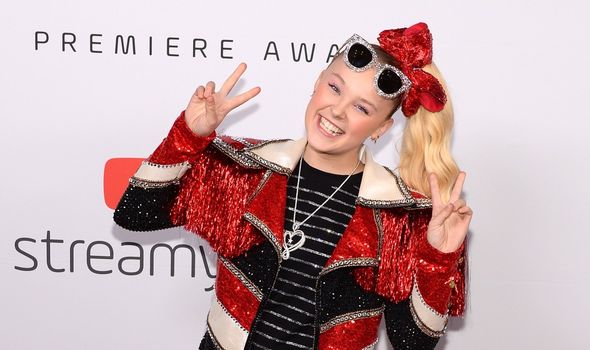 Many fans seemed to be set in their prediction for who could be behind this dinosaur’s mask, and a lot of viewers took to Twitter to express how un-surprised they were when the T-Rex was revealed.

JoJo Siwa, YouTube personality and pop star known for her bubbly video blog, was revealed by the host Nick Cannon, and was almost universally thought to be the T-Rex since her first appearance.

Nick also revealed he was sure he recognised the star, as they have presented the series Lip Sync Battle Shorties together since 2017.

In addition to her YouTube fame, JoJo was previously known for appearing on reality show and worldwide sensation, Dance Moms. 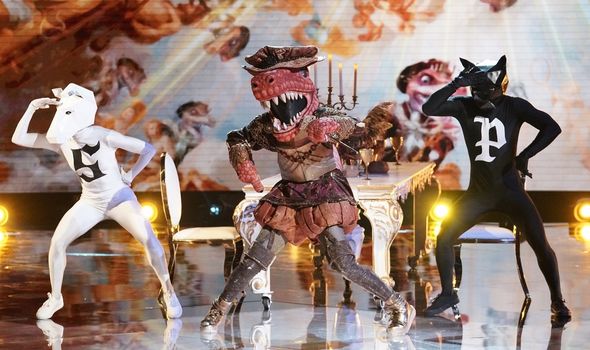 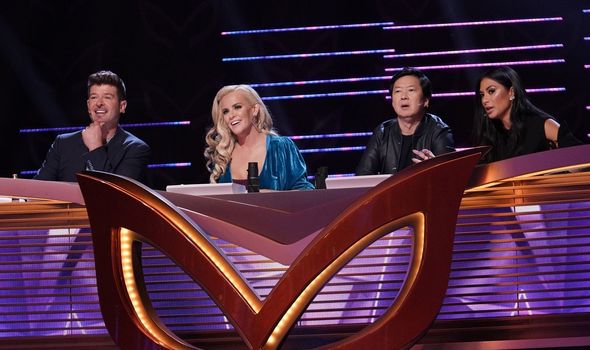 Some fans were excited their theories came true, with one fan tweeting: “When you were right all along that Jojo Siwa was the T-Rex on #TheMaskedSinger. I believe I can do anything now!”

When Jojo was revealed she expressed her enthusiasm for the show and said: “I actually paused my tour to do this. I was like ‘pause, I wanna do this!’”

The series is notorious for hiding its celebrity contestants well, but The Masked Singer viewers and ‘Siwanatorz’, as her fans are called, were certain they recognised the YouTube star’s voice.

Guest panelist Jenny McCarthy and resident judge Nicole Scherzinger provided the shock of the night when they actually managed to guess the correct celebrity.

Others were just as shocked by the stunningly accurate guess, with another fan posting before the reveal: “I think Jenny got this one! I believe it’s Jojo Siwa.”

In addition to being friends with fellow host Nick Cannon, guest judge Will Arnett was surprised to find out he also had a connection to the YouTube star.

Confirming the cryptic meaning behind another clue, she revealed: “I was at the premiere of The Lego Batman Movie, and I was wearing my poodle shoes.”

Jojo’s departure makes the third member of Group C to be sent home, with the Night Angel, Astronaut and Rhino still remaining.

Plus, there are still plenty more celebrities to come, so fans now have another week to dissect each contestant’s clue package for things they might have missed.

The Masked Singer USA continues every Wednesday on Fox. Ariana Grande Gets to Work in L.A., Plus Emily Ratajkowski, Ashley Benson and More Camila Morrone Says It's 'Frustrating' Always Being Called Leonardo DiCaprio's Girlfriend
We and our partners use cookies on this site to improve our service, perform analytics, personalize advertising, measure advertising performance, and remember website preferences.Ok