Martine McCutcheon became the third celebrity to be unmasked on Saturday night’s edition of The Masked Singer. The much-loved actress and singer was in a close bottom-two battle against Sausage as they fought it out to remain on the ITV show for another week. However, Martine has now opened up about who she thinks her fellow contestant is, making Joss Stone the latest name to be thrown into the mix.

Before Martine, Sophie Ellis-Bextor and Mel B were the first two competitors to have to give up their identities to the panel.

Saturday night’s show meant another elimination and it was Badger, Sausage, Swan, Robin and Dragon who had to try and keep their identity concealed.

But it was ultimately Swan who had her day, with Martine being revealed as the famous face behind the costume.

Of course, fans are desperate to know if the star might be able to give insight into who else could have been on the show with her. 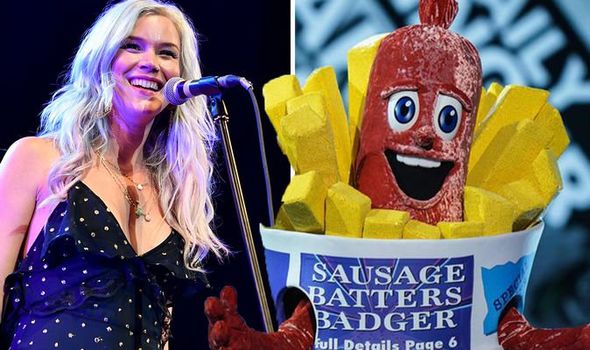 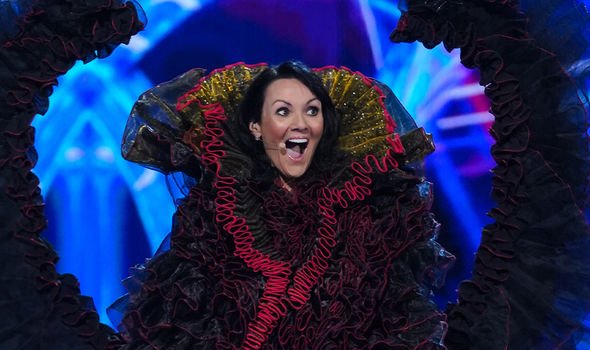 Martine weighed in on the discussion this morning, convinced her competitor Sausage will be revealed as singer Joss.

Speaking to Express.co.uk and other press after her exit, she described the process as a “full-on military operation”.

Martine explained: “Even though I’ve been on the show, we never ever…  like from the moment that we are picked up, you basically drive to a certain destination and they give you a map.

“Then you park your car and then the production vehicle picks you up, you’re in your own car, you have to change into a whole black outfit.” 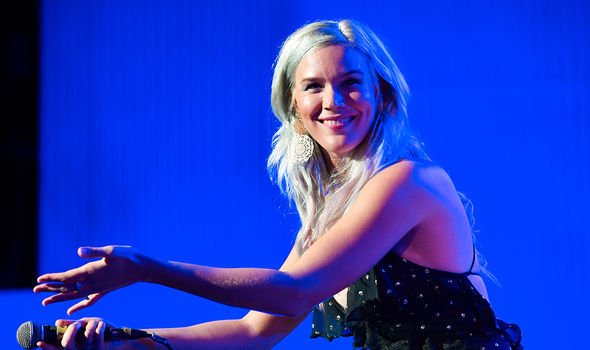 “So you only ever see people and they’re in their visors and all in black,” she added. “You never get to see them or you can see a snippet from your visibility of what you can see from your outfit.

“You don’t really get to see anyone and all you do is get to hear rehearsals sometimes and they don’t speak, they only sing.

“None of us are allowed to speak… none of the people on the floor know who we are!”

Martine detailed how each contestant had a person allocated to them, alongside two wardrobe people – who were “sworn to secrecy contractually”.

“And I am and I was like, is Sausage Anastasia? Oh, no, I know, is she Joss Stone? I think she’s Joss Stone,’” before joking: “Your guess is as good as mine!”

She later backed Sausage to go all the way and win the process, reiterating her previous guess.

Saying who she had been impressed by, Martine answered: “I think because they’re on the same show as me and I heard them the most, I do think Sausage is phenomenal.

“I think that she’s got one of those very obvious, brilliant, soulful voices that you just can’t deny.

“I’m going to say I don’t have a clue, obviously, but I think it’s Joss Stone! And I think Sausage will win it. I think she’s brilliant, absolutely brilliant.”

But who will be the fourth person to be unveiled as the star behind another costume on Saturday night?

The Masked Singer airs Saturday at 7pm on ITV.