After having been cleared by authorities in late November for an eventual China release, the market has now given Warner Bros/Village Roadshow’s highly-anticipated The Matrix Resurrections an official date — on January 14, 2022.

The Keanu Reeves-starrer begins early offshore rollout December 16 with domestic and the majority of international markets starting December 22 and through the Christmas frame. It will also be available on HBO Max domestically from December 22, meaning that, unfortunately, piracy could be an issue with a later than hoped for China date.

Warner Bros’ official Weibo account posted the news late Saturday local time along with a video dedicated to Chinese fans as Reeves and Carrie-Anne Moss ask, “Are you ready to go back to the Matrix?” It also released a new poster (see it in full below).

This is currently the only major Hollywood title on the upcoming China calendar, while fans anxiously await word on Sony/Marvel’s Spider-Man: No Way Home.

In the meantime, Friday kicked off the year-end period for local movies, starting with this weekend’s leader Schemes In Antiques which is billed as China’s Indiana Jones. Also coming for the holidays is notably Sheep Without A Shepherd 2 on December 17. Box office for the year has surpassed RMB 44B ($6.9B), up sharply from 2020’s total RMB 20.4B ($3.12B), but still trailing 2019’s record RMB 64.27B ($9.2B).

The market certainly could have increased its takings in 2021, but has bypassed several major Hollywood titles. The most recent major studio releases have been MGM/Eon/Universal’s No Time To Die, Warner Bros/Legendary’s Dune and Disney/20th Century’s Free Guy. Disney’s Jungle Cruise came in months after its initial rollout and has managed just $7M.

The Matrix Resurrections, directed by Lana Wachowski, is set 20 years after the events of The Matrix Revolutions. It finds Neo (Reeves) living a seemingly ordinary life as Thomas A Anderson in San Francisco, where his therapist prescribes him blue pills. Neither he nor Trinity (Moss) recognize each other. Subsequently, however, Morpheus (Yahya Abdul-Mateen II) offers him the red pill and reopens his mind to the world of the Matrix. 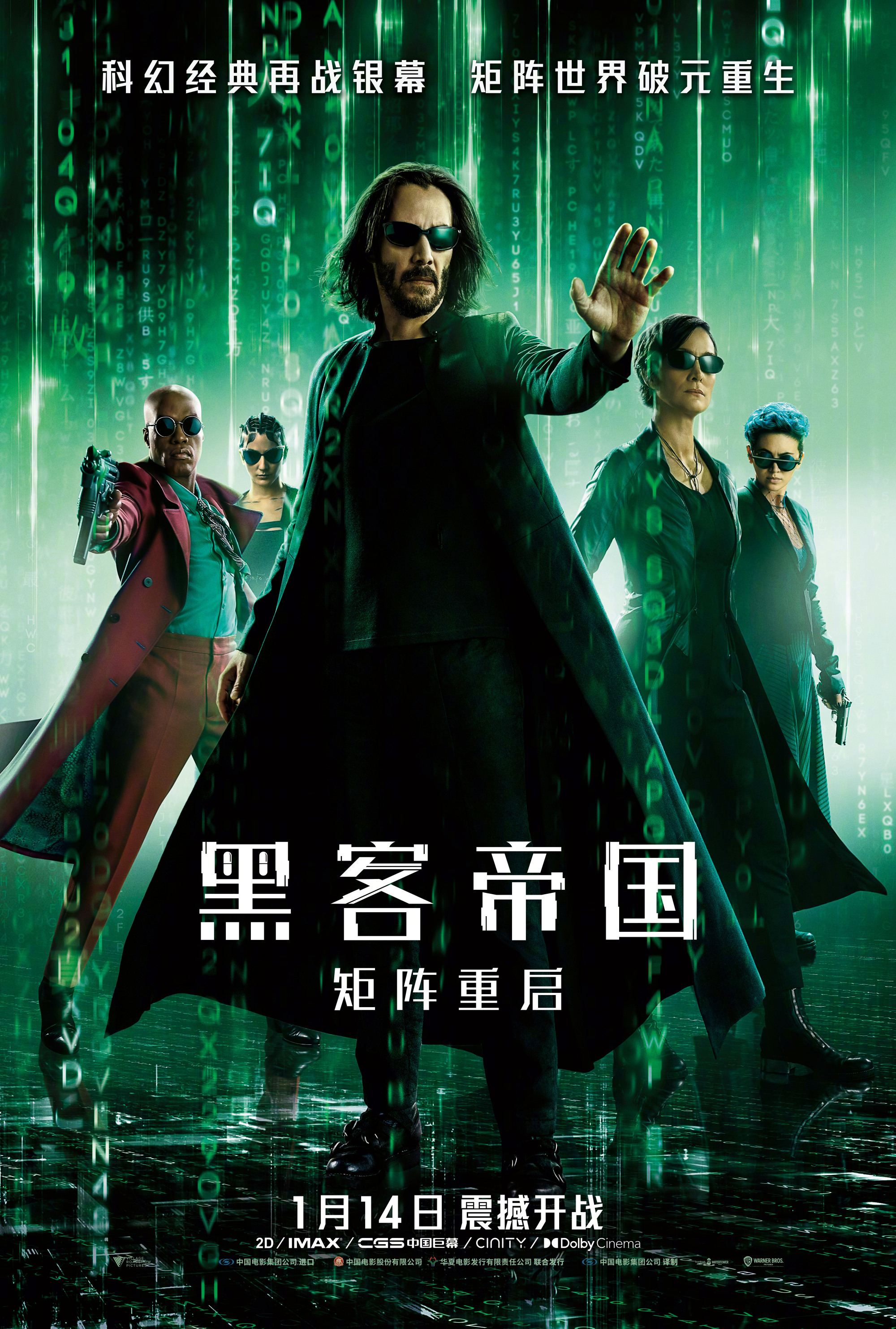 ‘No Time To Die’ Producer Barbara Broccoli: “Rest Assured, James Bond Will Be Back”