The One Show: Matt Baker left red-faced as he’s corrected by guest on slang term

Matt Baker and Mel Giedroyc welcomed a host of guests on to this evening’s edition of The One Show including stars of BBC Three’s 21 Again.

Mum Rachel and her daughter Taylor appeared on the sofa alongside mum Harjit and daughter Kiran.

The BBC show saw mums receiving makeovers from their daughters and living the life of a 21-year-old for 21 days.

However as the mother and daughter duos discussed their time on the show, presenter Matt was left red-faced when he incorrectly guessed the meaning behind a slang term.

Discussing the differences between the mums and the daughters, Mel remarked: “I have two teenage daughters…”

Referring to a comment made by Kiran, she added: “You mentioned the lingo earlier and I do find it difficult to understand a few of the words.”

“What’s peng? Pied, I pied you,” she questioned, before Matt answered: “That’s when you get dumped isn’t it?”

However the girls corrected him causing the studio audience to burst out laughing.

Taylor explained: “It’s like when you’re talking to someone or dating someone and they kind of just go I don’t want to see you anymore or you’re not my type anymore.”

Confused, Mel stated: “Yeah, dumped,” but Taylor added: “If someone came up to you in a club or something and you’re like no and dodge them a bit.” 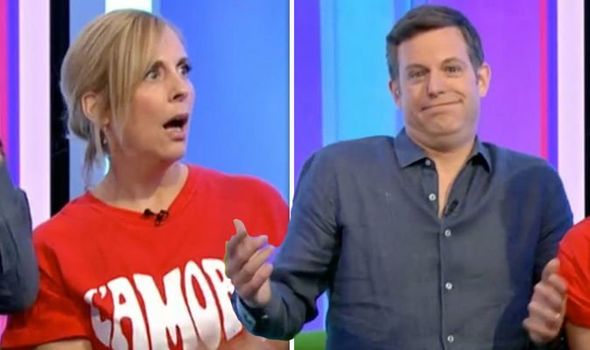 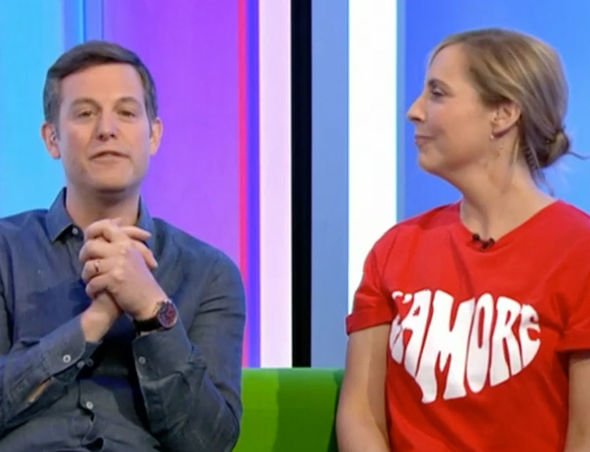 “Can you get American pied?” Mel joked before continuing on with the show.

Recovering from his mistake, Matt asked the mum and daughter duos to discuss the more “serious” side to the show.

“There is a real serious side to the documentary and it brings you closer together,” he remarked.

“Harjit how was this experience for you cause there’s quite an emotional scene where you discuss how different your upbringings have been?”

“I didn’t realise how different it was, living in her shoes for 21 days was a different world,” Harjit replied. 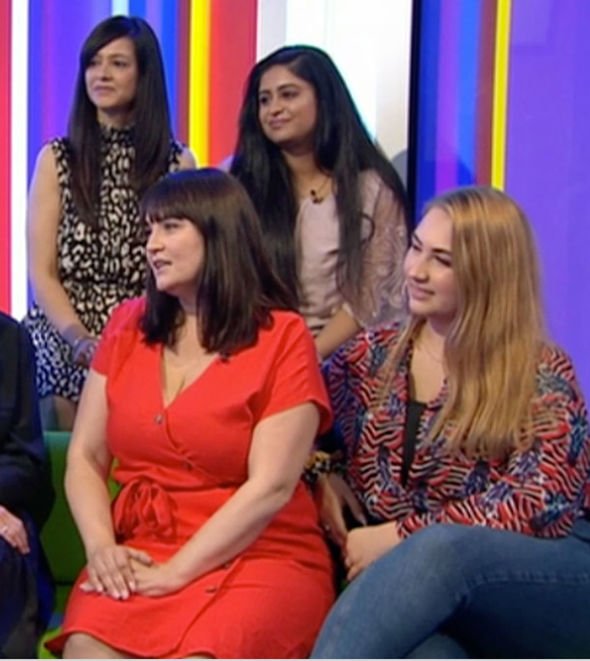 Matt then questioned: “Are you closer?” to which Harjit answered: “Definitely I understand her a lot more I tell her off a lot less.”

The BBC magazine show welcomed some guests dressed as Romans of every status leading Mel to comment on an unpleasant smell in the studio.

“This is something I’ve never done before but I can’t do it. I can’t work with this,” she joked as she walked off.

Shouting after her, Matt was left stunned as he watched her walked away.

The One Show airs weeknights on BBC One at 7pm.