The One Show’s Alex Jones shut down by Sir Michael Palin: ‘He’s so fickle’

Tonight on The One Show, Alex Jones and Chris Ramsey spoke to Graham Norton and Sir Michael Palin. As she introduced Michael, Alex made sure to call him “sir” but the travel presenter insisted he didn’t need to. However, later in the show, Sir Michael jokingly shut her down when she forget his title.

The TV presenter hit back: “Sir Michael please,” to which the studio broke out laughing.

“Quite right, quite right,” her co-host Chris laughed. 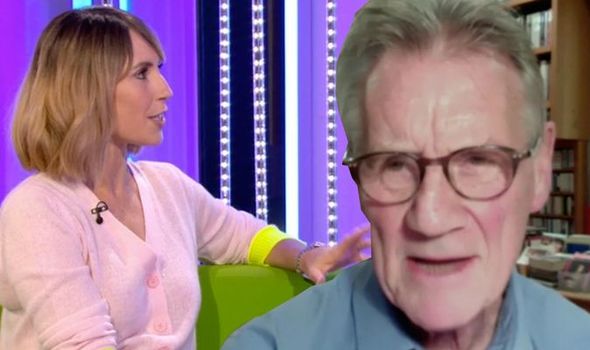 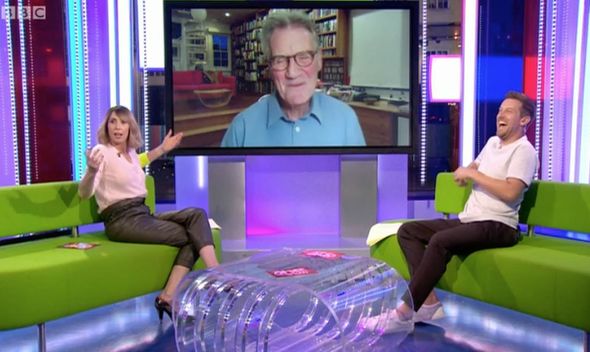 “Sir Michael, I bow down,” Alex continued before turning the conversation to his new travel documentary.

“This is exactly the tonic we need. They start Sunday on BBC Two at eight o’clock and they look back at all of them, Pole to Pole, Around the World in 80 days.

“You’ve kind of picked the bits you want to show and it all starts with a phone call you received from the BBC and you were quite shocked that they called you in the first place.”

“Well, I was, I didn’t know what I was going to do at the time,” Sir Michael replied. “I was a comedian, an actor, I wasn’t a travel presenter. 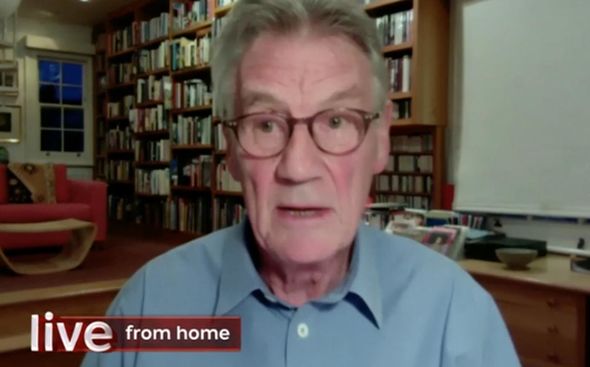 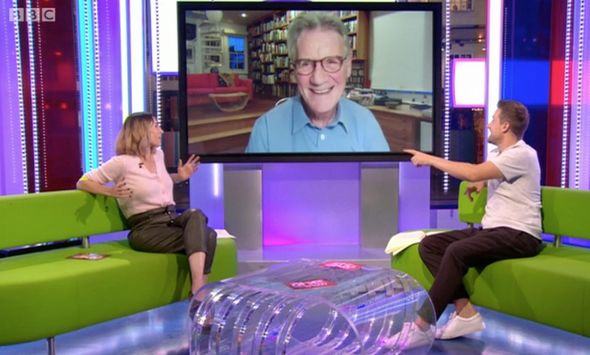 “So, suddenly out of the blue this phone call comes ‘Would you like to go around the world in 80 days?’ and I just said, ‘Yes, around the world, I love travelling, I love going to distant places and if the BBC are going to pay, even better.’

“They were terribly keen and said, ‘You are the only guy who was available.’”

Sir Michael revealed he was the fifth person they had asked and disclosed Noel Edmonds had turned down the role.

The shut down came after Sir Michael had begged Alex to simply call him “Michael” at the top of the show.

“Evening Sir Michael, how are you?”

“Good evening and Michael will do,” the presenter replied.

How is Boris Johnson handling the coronavirus crisis? Vote in our poll

Alex explained: “Well, I wanted to be formal because we’d get emails you see. Now that you have said it, it’s okay.”

Sir Michael later spoke about whether he tried any dodgy food while on his travels.

“Well I believe you have to eat the food your offered, there’s no point taking your local supermarket food with you, because it’s a way of creating a bridge with people, is accepting hospitality, but when I had some camel liver in Algeria, it was a bit old,” he recalled.

“It was old before I ate it, it was about two years after its sell-by date.”

The One Show airs weeknights on BBC One at 7pm.