THE One Show star Alex Scott accused Gethin Jones of 'trying to take her out' as they jumped around on a giant inflatable.

Former professional footballer Alex, 37, is no stranger to a sly tackle, but called out fellow host Gethin for nearly knocking her over. 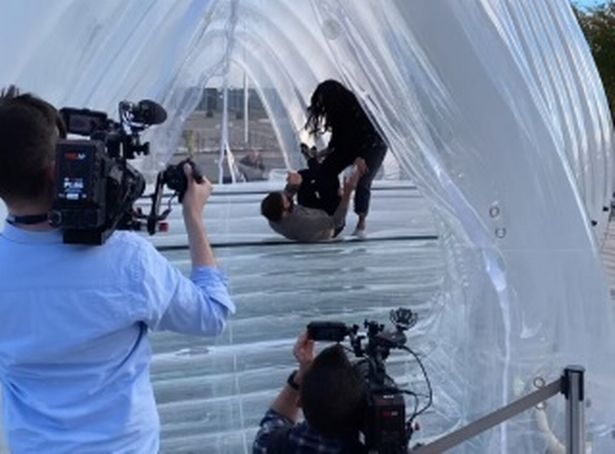 Presenting at COP26 in Scotland, the duo were filmed leaping and jumping around on a bouncy castle type attraction.

At the beginning of The One Show, Gethin teased viewers with a clip: "Alex and I behaving like children for half an hour today, but we were helping the environment as we were doing it."

It all looked like fun and games, but Alex took to social media in the lead up to show to say otherwise.

With a behind-the-scenes look on Alex's Instagram account, fans saw the moment Gethin, 43, almost took her legs out.

Mocking her co-host in the post it was captioned with: "Gethin Jones stacking it and trying to take me out in the process. Find out more tonight 7pm The One Show."

Making broadcasting history in August 2018 as the first female pundit on Sky Sport's Super Sunday show, she has now swapped her studded football boots and shin pads for the microphone.

Despite her 571,000 Instagram followers potentially seeing Gethin's embarrassing moment, the clip was not aired on the BBC show, much to fans' annoyance.

On the show, the duo explained what they were doing at COP26 and why their bouncy antics were actually helping the environment.

Gethin said: "It's a plastic invention, it's like an air bubble. It's a bit like a bouncy castle."

"It absorbs carbon dioxide from the air as you bounce on it. It's been a big thing today actually, we're helping the planet whilst we're jumping on it," he elaborated.

Guest Adam Fleming asked: "Did you have to take your shoes off like you were at a kid's party?"

Alex Chirped up: "We did actually, yeah."

"We had a good laugh, didn't we" said Gethin.

Smiling Alex agreed: "It was so much fun! You were a good tour guide, actually."

The duo have been presenting the show in Glasgow in a special green studio all week. 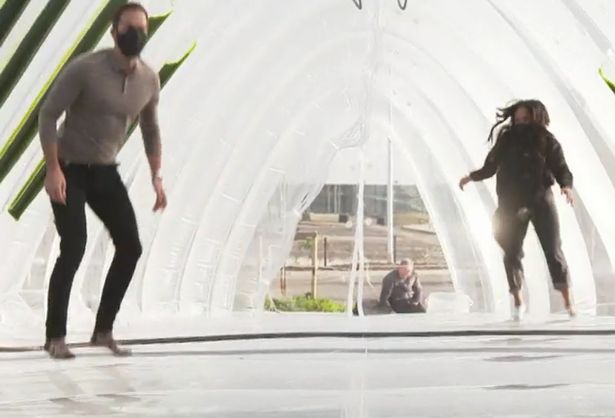 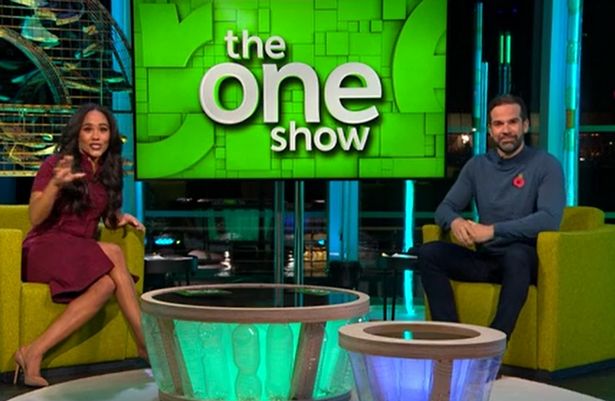