‘The Rook’ Review: A Silly, Slow, Semi-Superhero Story on Starz

“The Rook” opens on a woman named Myfanwy – let me stop right there. Apparently, this name originated in Wales, but it is undoubtedly a distinct name in America. Myfanwy. Here, it’s not pronounced My-fan-wy or even, as Old Welsh custom suggests, Muh-vahn-wee. Instead, it rhymes with “Tiffany” — as one character bluntly puts it early on — and yet even with that easy, if illogical, comparison, whenever someone shouts “Myfanwy!”, it sounds like they’re sneezing, or pretending not to have exclaimed “My fanny!” It sounds like they’re in a science-fiction show set on another planet, instead of a drama in modern day London.

This name is a problem, but keeping a name from the popular source material — Daniel O’Malley’s book — isn’t the real problem. “Myfanwy” illustrates the series’ crippling identity crisis, as paradoxical narrative choices force it into opposite directions, tearing it apart and leaving viewers with halves of decent shows instead of one above-average whole one. Myfanwy belongs in a superhero action show, not a grounded espionage thriller, or a resonating allegory for society’s oppressed outsiders. That “The Rook” is one of those three things tells you exactly how much of “The Rook” works, and one-third isn’t gonna cut it.

OK, let’s try this again: “The Rook” opens on a woman laying near the river, unconscious, as the rain pours down on her, as well as a group of dead bodies around her. When she comes to, she has no idea who they are, how she got there, or who she even is — imagine the confusion on her face when she finds out her name is Myfanwy, and then erase that comical moment from your mind because it never happens. (She’s told, of course, but she registers no surprise.)

Myfanwy, played with just the right mix of bewildered fear and affronted determination by “The Path’s” Emma Greenwall, finds a letter in her pocket and follows the words of her past self to discover answer after answer. First, she hides out in an hourly hotel room and tends to her wounds by laying on a bed of ice. The question? Is she a human who experiences pain? Answer: Yes. Next, she takes two keys (one red, one blue, “Matrix”-style) to a bank safety deposit box, but is stopped by two sinister and mysterious bank tellers before she can choose between going further down the rabbit hole or starting a new life, free from worry. Question (not about the bank tellers, there are no answers there): Does Myfanwy have superpowers? Answer: Yes.

Soon, a whole heap of exposition is dumped on Myfanwy via long-winded speeches and other information dumps necessary to understand what is going on. Basically, without spoiling anything, Myfanwy learns she’s a high-ranking member of the Checquy — yes, Checquy, because if the name of a secret government agency looks like “Check Guy,” no one will ask questions about funding. The Checquy is the last truly secret division of MI6, offering refuge to a select group of individuals with paranormal abilities, who are known as EVAs (Extreme Variant Abilities). 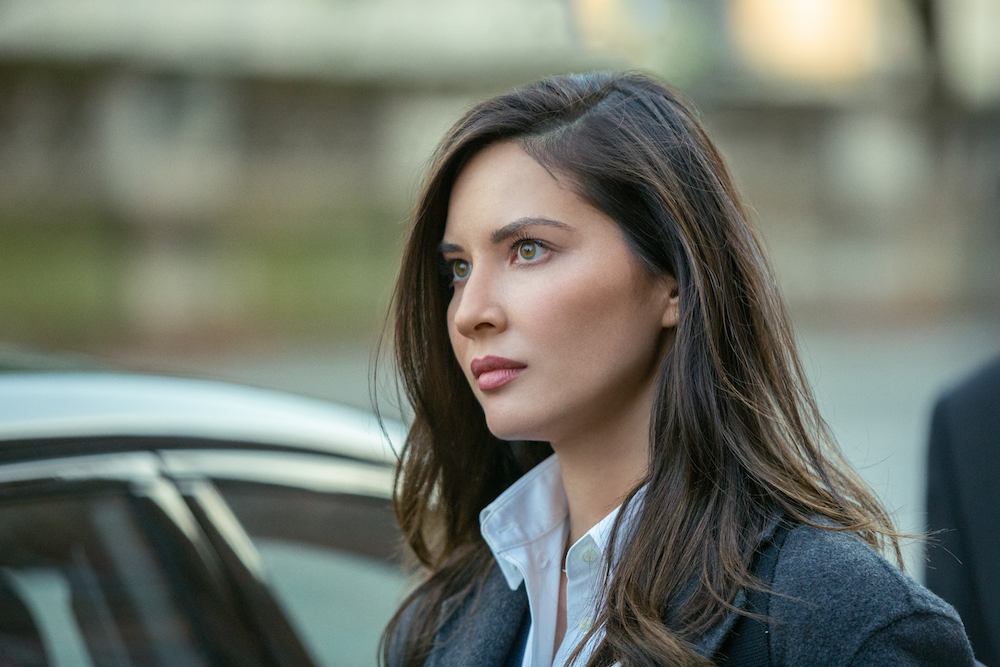 Ominous hints about the agency’s origins pop up throughout the first four episodes, as various members make shady deals and old employees share unnerving home movies, but all you really need to know is these paranormal abilities are a secret. If anyone finds out Myfanwy has them, she’ll be in even more danger than she already is — which is plenty, given she still has to find out who wiped her memory… and why.

“The Rook” injects a bit of fun when Olivia Munn shows up as a rogue American agent who knows about the Checquy, but isn’t officially part of their unit. She wants to help solve the murders Myfanwy is somehow involved in, but after riding in like an American cowboy ready to stir shit up in London’s all-too-tidy streets, she’s oddly relegated to desk duty. Despite the promise of superpowers, or paranormal abilities, or whatever weird, inexplicable talents many of the characters possess, most of “The Rook” is slightly dressed up conversations. There’s not a ton of action, not a ton of special effects, not a ton of anything that would set it apart from other spy stories — except for those EVAs, which only pop up when something weird is needed.

That’s not often enough, and “The Rook” feels bogged down by what it lacks and what it offers. It’s a little clunky in its structure and not great at explaining itself, despite lots of attempts. There are enough little nagging questions to irritate fans of more efficient spy thrillers (like when a top agent hides or forgets about key video files in her desktop trash bin), and the world-building isn’t broad enough to feel unique from (read: cooler than) our own. With solid performances and an ambitious premise, if not execution, “The Rook” could develop into something that’s at least interesting, but for now, it’s most peculiar aspects are also what’s holding it back.