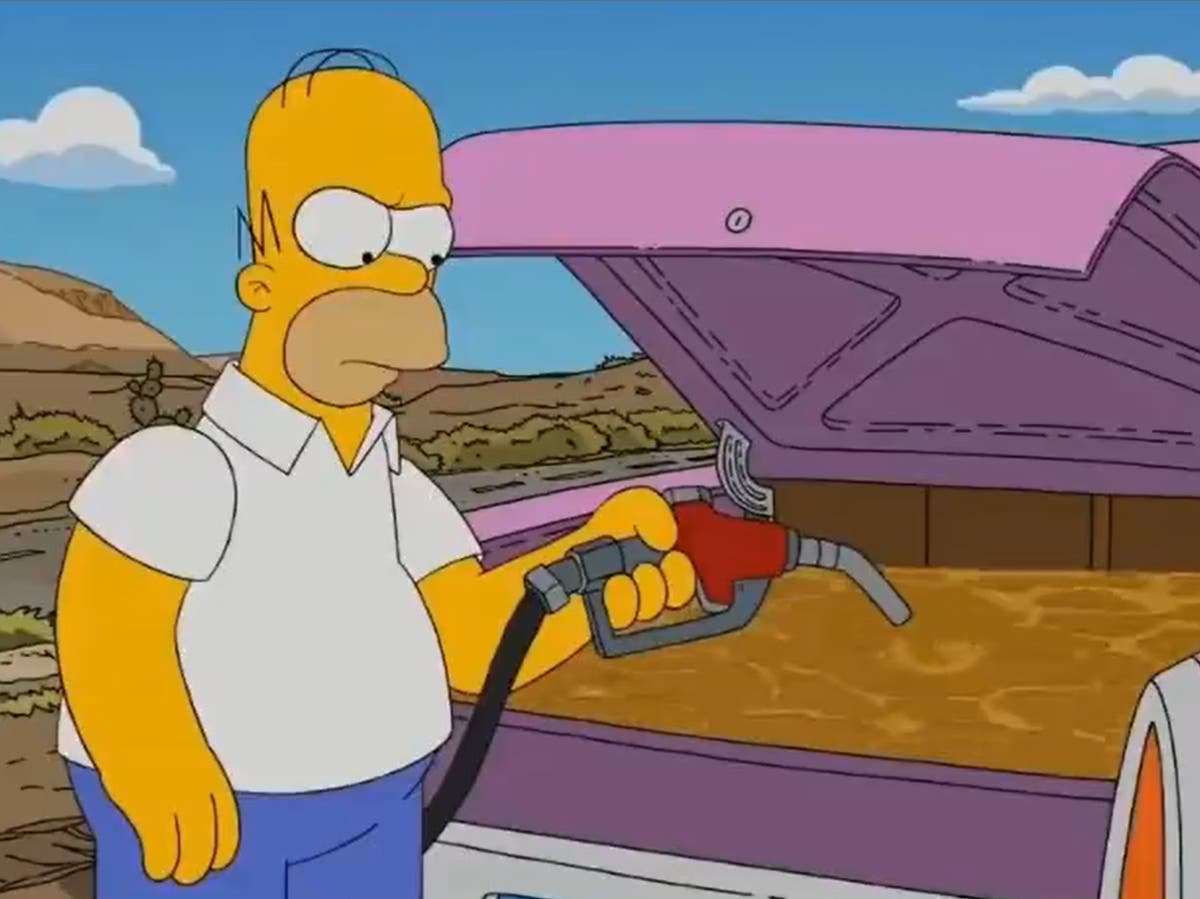 The Simpsons predicting major news stories has become a bit of an obsession among fans and the latest picking is the fuel crisis.

In recent months, there have been theories on the beloved cartoon foreseeing Vice President Kamala Harris’ inauguration outfit as well as the US Capitol riots, but now eagle-eyed viewers are claiming the show anticipated the UK petrol shortage.

The theory goes back to the 2010 episode titled Lisa Simpson, This Isn’t Your Life.

In the chapter, Homer is seen buying 1,000 gallons of gasoline to win a promotional toy for Maggie after he finds her upset about missing one of her collectible Happy Little Elves.

A hilarious clip of Homer filling his car boot up with petrol quickly went viral on social media with many commenting that The Simpsons has ‘done it again’.

Sadly, this case seems too good to be true, as is the case of most brilliant ‘predictions’ as the episode makes no reference to a shortage. But hey, we appreciate the fitting clip nonetheless.

The panic buying of petrol in the UK shows no sign of ending, retailers have warned, as filling stations in many parts of the country continue to run dry.

Long queues were again reported outside stations which were open on Tuesday after the Government announced it was putting the Army on standby in an effort to ensure supplies were maintained.

The oil companies have said they expect the pressure on forecourts to ease in the coming days, with many cars carrying more fuel than usual.

Ministers announced late on Monday that soldiers were being put on standby to deliver fuel, amid concerns that a shortage of tanker drivers was threatening the ability of the oil companies to maintain supplies.

Prime Minister Boris Johnson originally drew back from activating Operation Escalin – first drawn up to deal with the aftermath of Brexit – for troops to fill in and drive tankers.

The Government had been hoping that the queues would ease as people returned to more normal buying patterns.

The Simpsons is available to stream on Disney Plus.