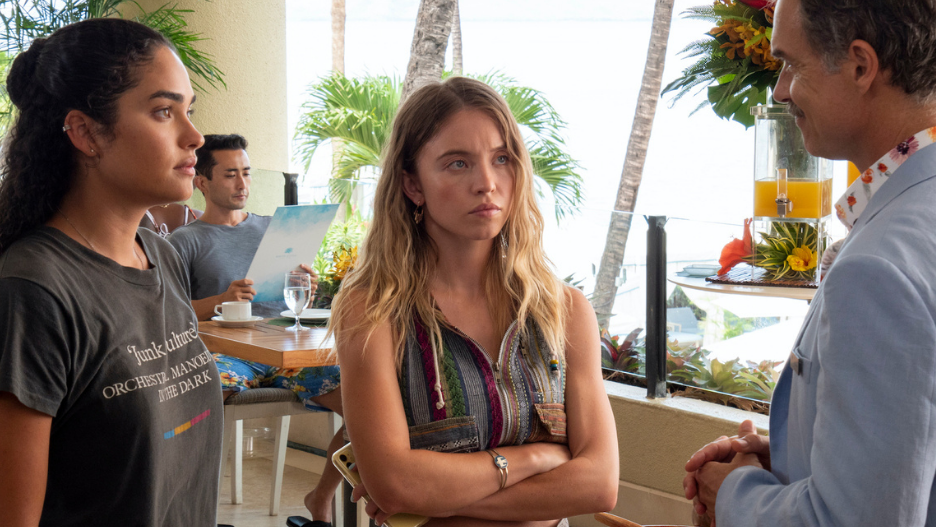 Spoiler alert! If you have not seen or intend to see Episode 4 of “The White Lotus” titled “Recentering,” proceed with caution.

If you’ve been keeping up with “The White Lotus,” then you’ve probably noticed that the show, written and directed by Mike White, is far more concerned with the social satire than the murder it keeps teasing us with. If that’s an itch you need scratched, there is plenty of other HBO Max programming for you. But personally, I’m loving the show’s approach.

Still, now that we’re past the series halfway mark, I can’t help but wonder if the emphasis on the character dynamics is intended to distract us from some killer in plain sight.

First make sure you’re caught up on episodes 1, 2 and 3 but, without further ado, let’s jump into episode four, “Recentering.” 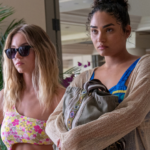 We open at dusk on Paula’s (Brittany O’Grady) oceanside rendezvous with Kai (Kekoa Kekumano) a waiter and dancer at the hotel. He opens her eyes to the lasting effect that white colonization (and commercialization) has had on the native Hawaiians. They also bond over those wack ass Mossbachers.

“That family is crazy,” she says. “All these guests are crazy.”

Just as she’s setting up shop for the day, Belinda (Natasha Rothwell) catches yet another glimpse into Armond’s (Murray Bartlett) downward spiral, discovering him showering in the women’s locker room before work. He promises to get rid of Olivia (Sydney Sweeney) and Paula’s drugs.

We’ll see about that.

At breakfast, Rachel’s (Alexandra Daddario) trying to find a supportive husband in that overgrown frat boy again. She explains that she’d like to try putting clickbait on the backburner for a while and get a job at a nonprofit. Shane (Jake Lacy) is “listening” but is only really concerned with how he’s going to rip Armond a new one for double-booking their romantic cruise with a wake.

Despite being “off the wagon” Armond maintains his “kill em with customer service kindness” facade when fielding Shane as well as Olivia and Paula’s concerns. When the latter party demands their contraband backpack, he returns it to them-but only after stashing the pills and ketamine for himself.

However, Armond’s got his work cut out for him now that a far greater evil has arrived to crash her son’s honeymoon: Shane’s mom, Kitty (Molly Shannon). She’s already complaining about the stress that Rachel’s wedding placed on her if you can imagine the type of person we’re dealing with here.

It seems that at least one guest’s life isn’t going terribly wrong though. Tanya (Jennifer Coolidge) may have some regrets about spreading her mother’s ashes in the ocean, likening it to “sprinkling fish food into an aquarium,” but she’s asked to dinner by another guest, Greg (Jon Gries). That’ll mean canceling on her new business partner Belinda though, oops. 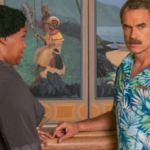 That night, we’ve got ourselves an especially awful Mossbacher family dinner. Earlier, Mark (Steve Zahn) revealed to Quinn (Fred Hechinger) that he used to cheat on Nicole (Connie Britton). Contributing to that tension, however, is the generational battle unfolding between Olivia and Nicole. Olivia justifies her terrible interpersonal behavior with her social progressivism whereas Nicole justifies her regressive social beliefs (like how white men are today’s “underdogs”) with her love for her family.

Kitty is also competing in the evening’s out-of-touch Olympics, responding to Rachel’s new career plans with how she can “do so much more” by simply being on charity boards, hosting galas and whatnot. Shane will argue afterwards that Rachel’s mom could’ve showed up too could she only afford a plane ticket before storming off to finally confront Armond.

The hula drums beat ever faster, leading Paula to excuse herself from her table’s stimulating conversation, “watching Hawaiians dance for all these white people that stole their islands, it’s depressing.”

Behind closed doors, another social hierarchy is being exploited. Armond has offered Dillon (Lukas Gage), the young hotel staffer, any days off he wants if he just sleeps with him.

“Listen, I’m obsessed with you. I wanna get you naked. What do I have to do?” he asks.

You already know where this is going. With Belinda trailing behind, Shane walks right in on Armond and Dillon together and leaves with a new supervillainous sense of purpose.

Given this cliffhanger, my guess is that Armond will try to kill Shane in an attempt to cover the tracks of his misconduct but will miss his mark. I could be wrong though, there’s a first time for everything. 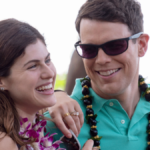