THIS Morning descended into chaos today as Alison Hammond ran off screen – smashing one of her awards in the process.

The 45-year-old presenter, who takes over as a main host on Fridays next year, unleashed mayhem when her phone rang live on air.

She stormed off while being presented with her award for TV & Radio Presenter of the Year yelping that her mobile was going off.

When she heard the phone ringing she rushed off: "Someone's trying to phone me on my phone, let me just turn it off.

"I was doing a Live on Instagram, I'm so sorry. So unprofessional."

She later returned to the throne in her garden, beside a table heaving with the awards she'd won over the year. 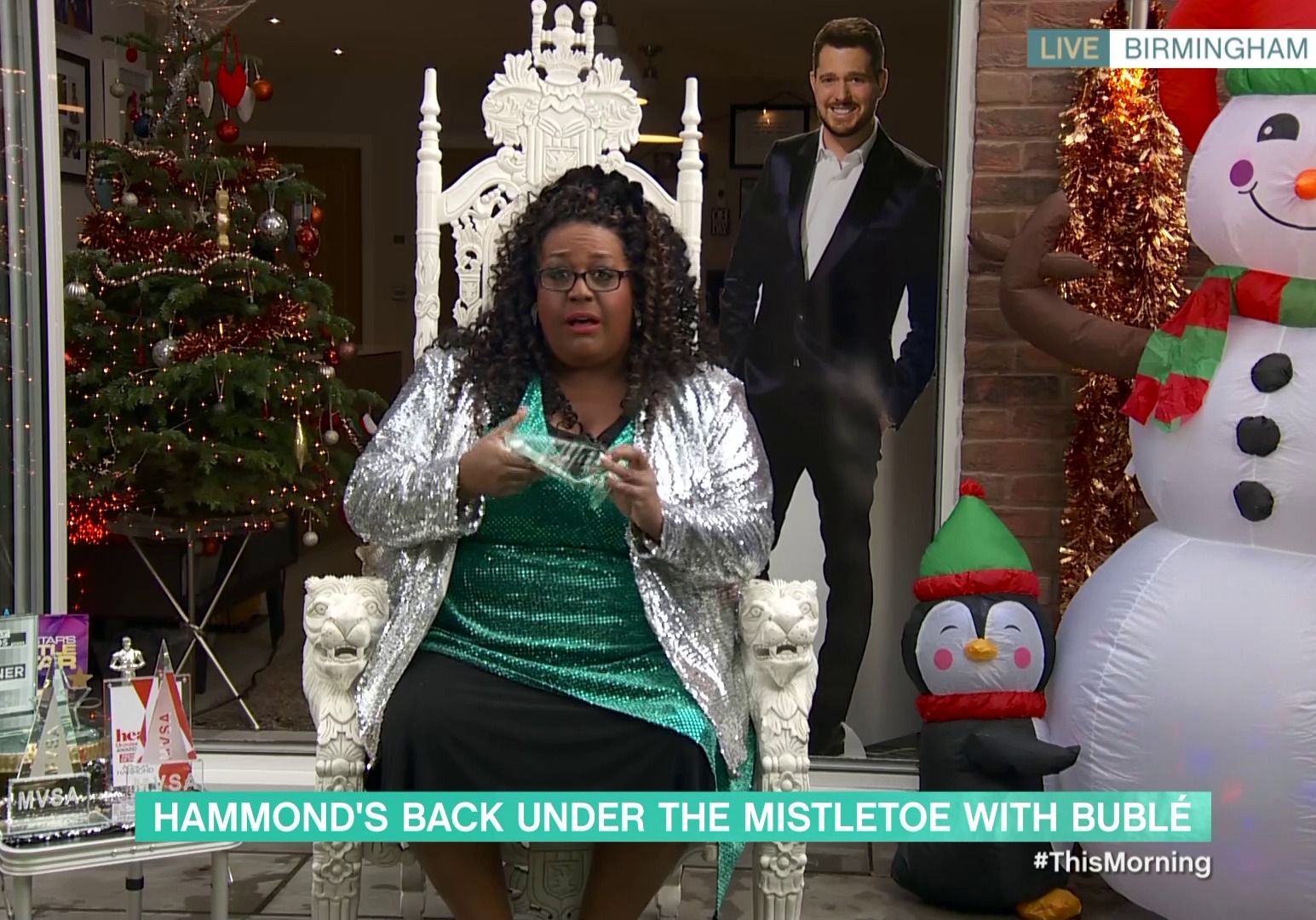 In the process, she managed to knock a table laden with prizes she has received over the years.

She later revealed that one of them had been damaged, holding it up and showing it was chipped in two places.