This Morning fans in tears over pensioner, 87, who phoned for a chat – because no one has visited her since MARCH

THIS Morning fans were in tears today as an 87-year-old phoned the show for a chat – saying nobody had visited her since March.

Margaret called called into the show saying she came out of hospital the day before lockdown and has been by herself ever since. 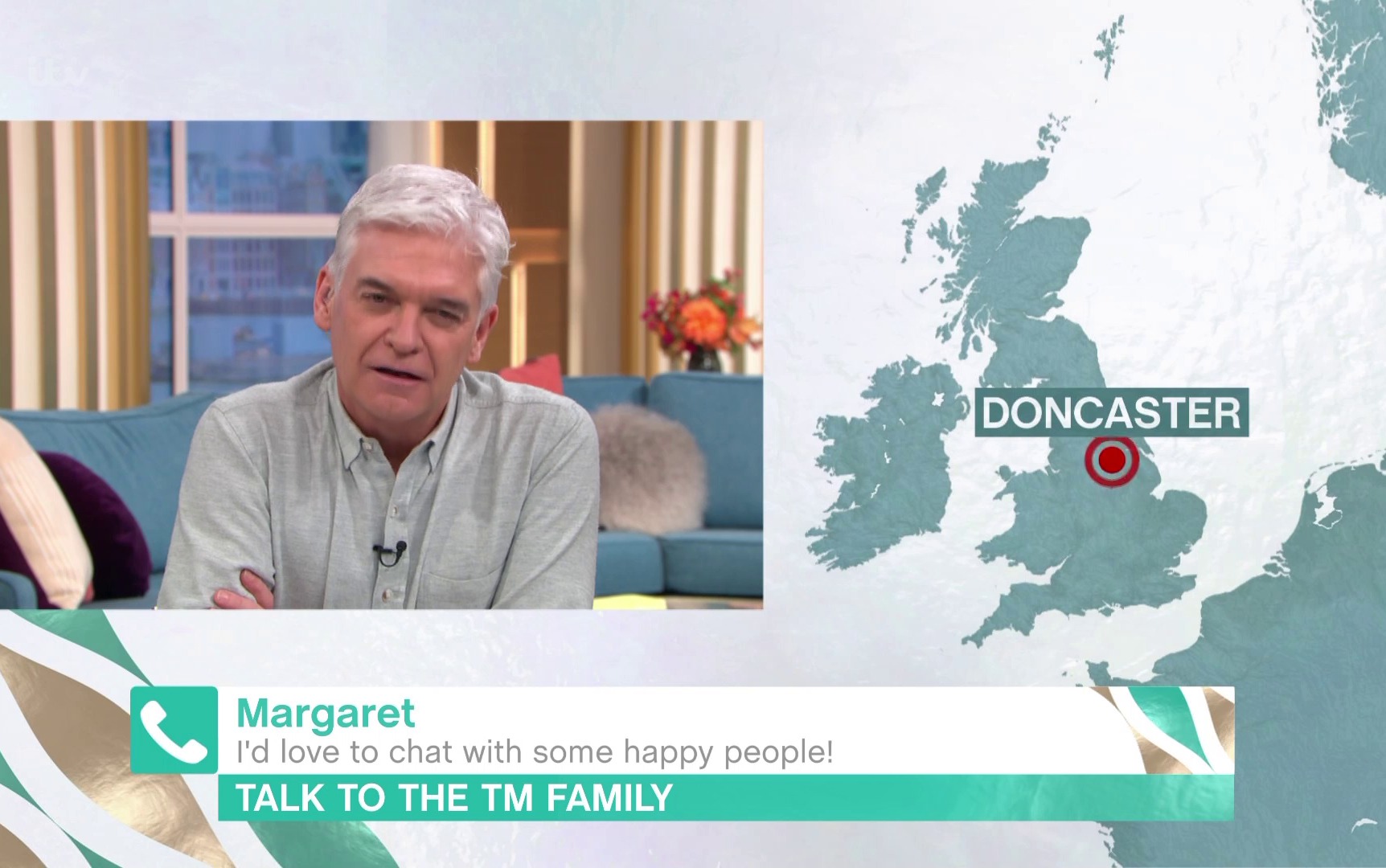 Viewers were heartbroken when she explained: "There's only eight houses in my little area and not one neighbour's come to see me."

Margaret said she was "delighted" to speak to someone when she got through to Phillip Schofield, Alison Hammond and guest Brian Conley today.

The caller explained she had wound up unconscious in hospital the day and only made it home before lockdown.

She said: "I got home the day before cutdown and I've been on my own ever since. I've never seen anyone since I came home – since March. 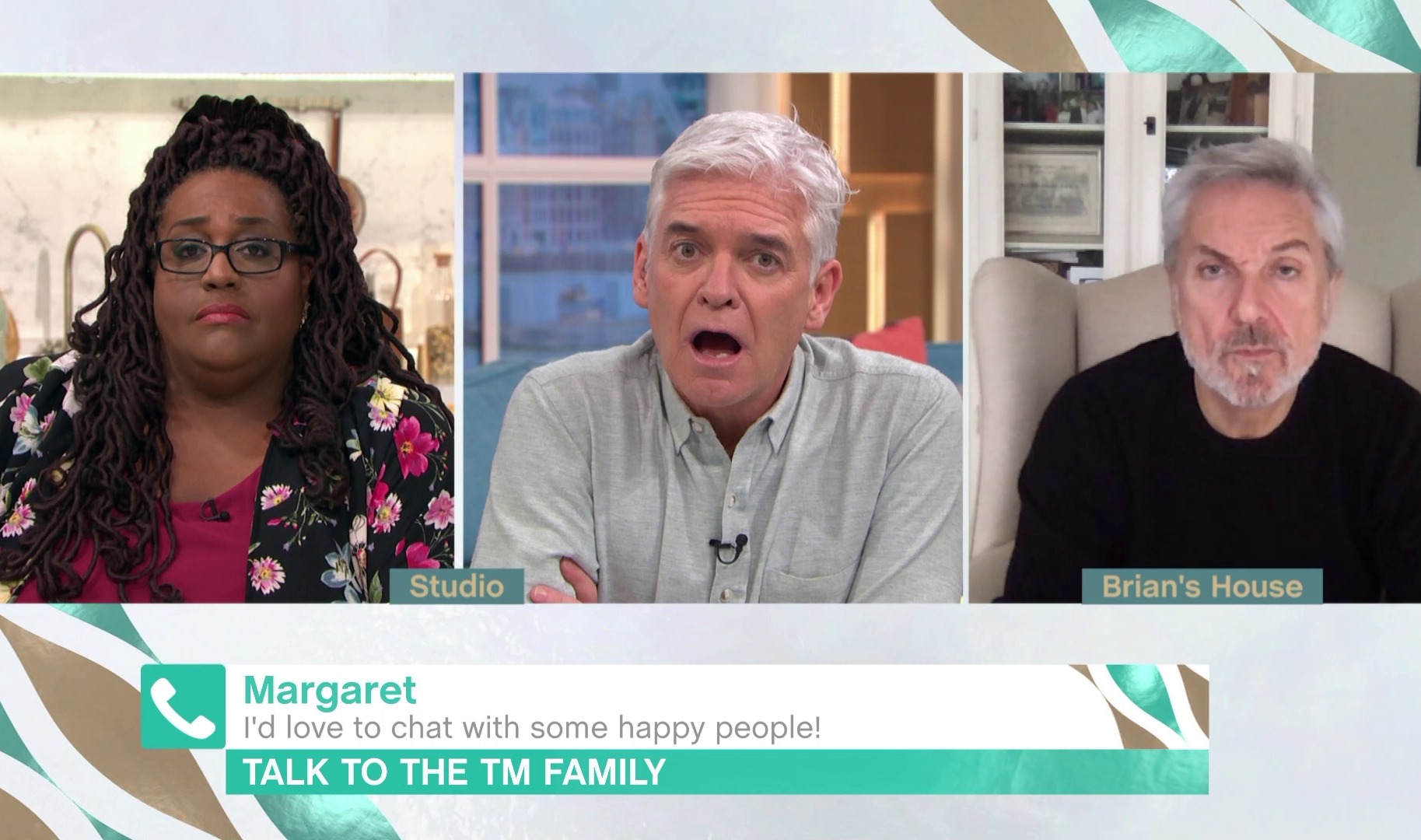 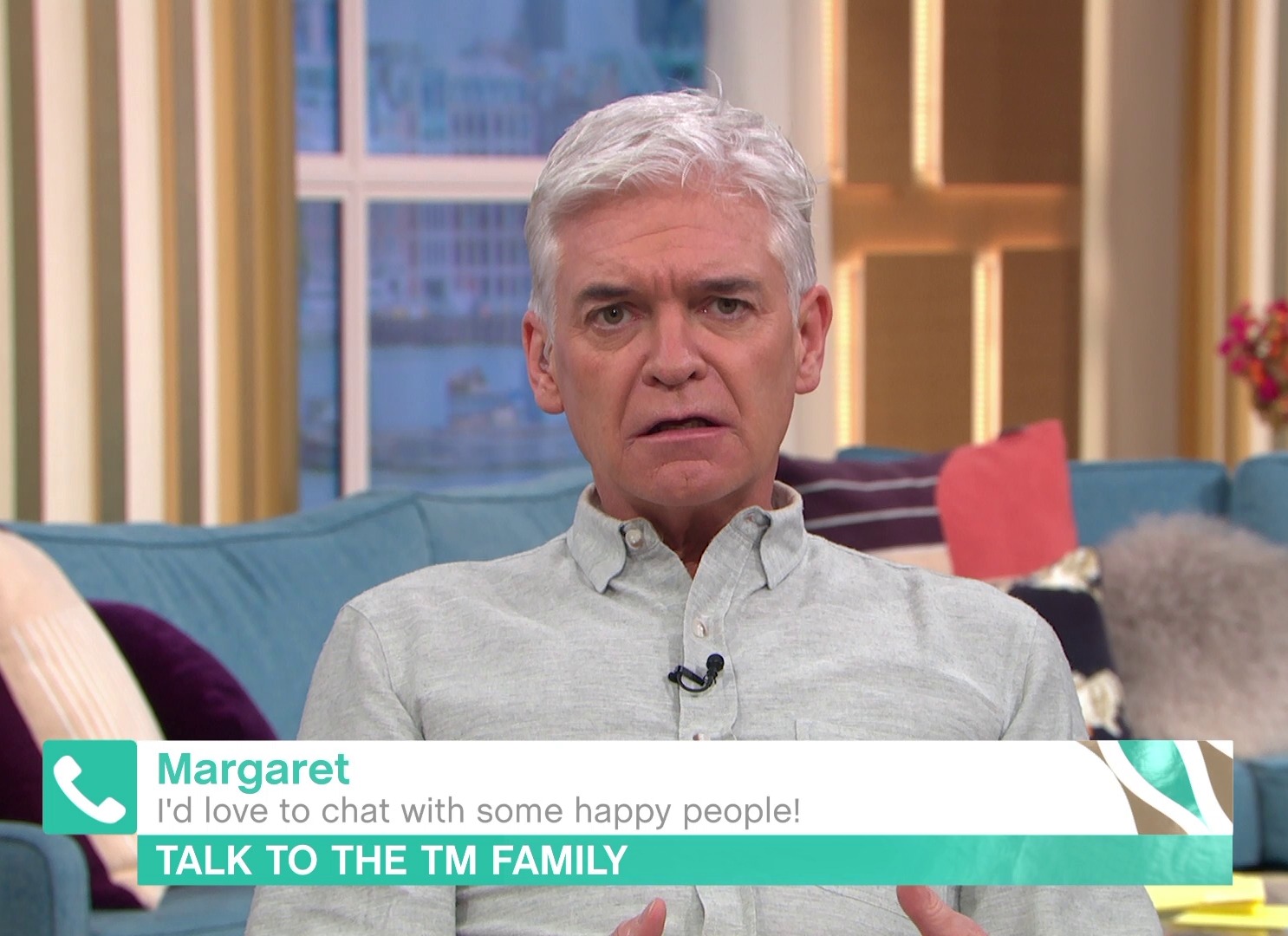 "I live in a very lonely area. There's only eight houses in my little area and not one neighbour's come to see me.

"Things aren't sociable the way they were when we were young."

Viewers were devastated at the sad story, with one tweeting: "I’m sat here in tears for Margaret. I so wish I lived nearby.

"I know she is probably not the only elder that has had no contact and it’s truly heartbreaking." 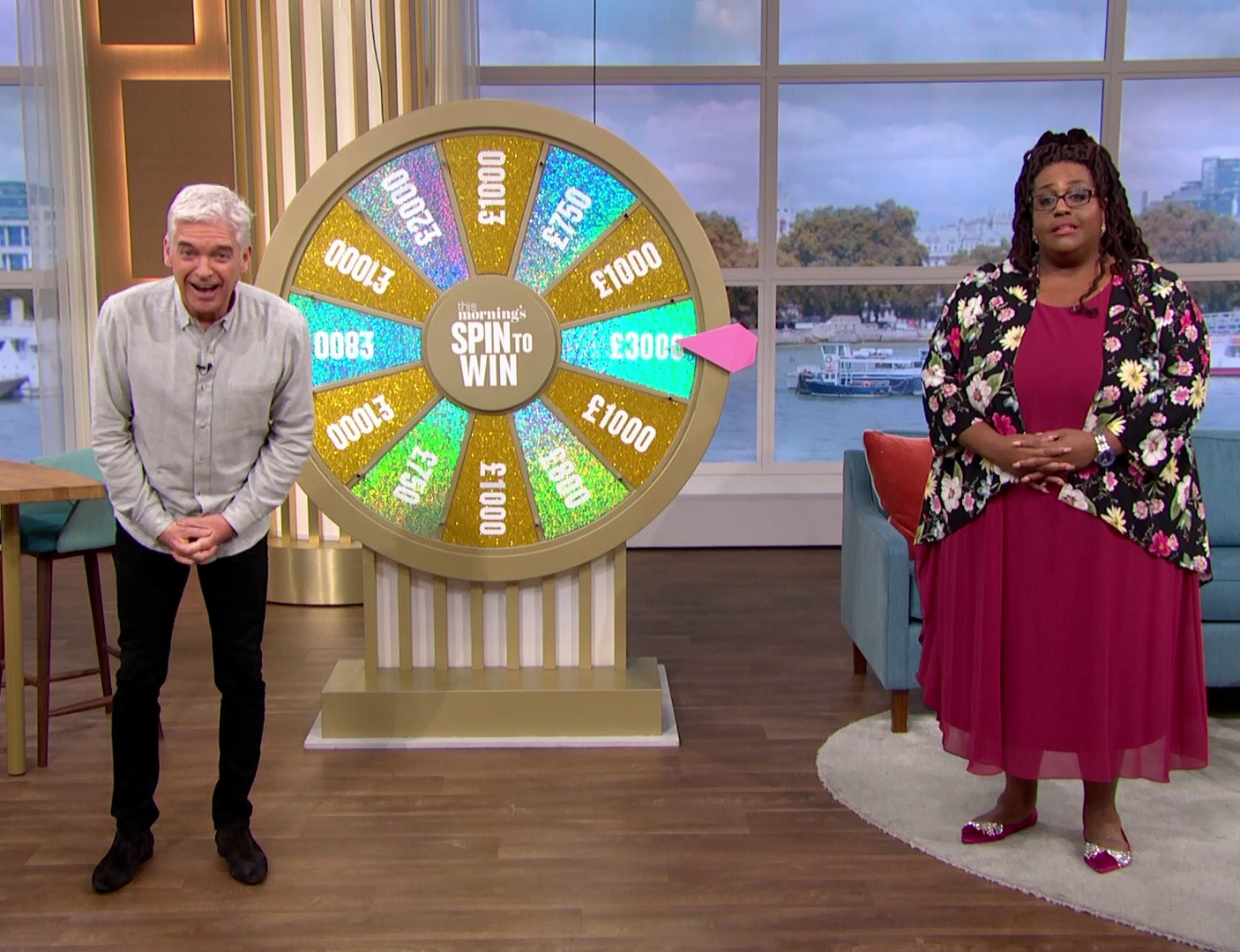 Another wrote: "Margaret has got me in tears. How are we failing people like this. No one should be on there own like that.

"Say hello, how are you. Learn peoples names. Go back to childhood methods of being friendly."

Alison, 45, told her: ""She can have my phone number. I'll phone you up later – you get yourself a young friend."