This Morning's Holly Willoughby fights back tears over girl, 12, driven to self-harming by bullies for being ginger

HOLLY Willoughby was left fighting back tears today at the stories of children who were being brutally bullied.

The 39-year-old star told one heartbroken mum: "It's just so awful. I'm so sorry you're going through this as a family. It's so cruel. So cruel." 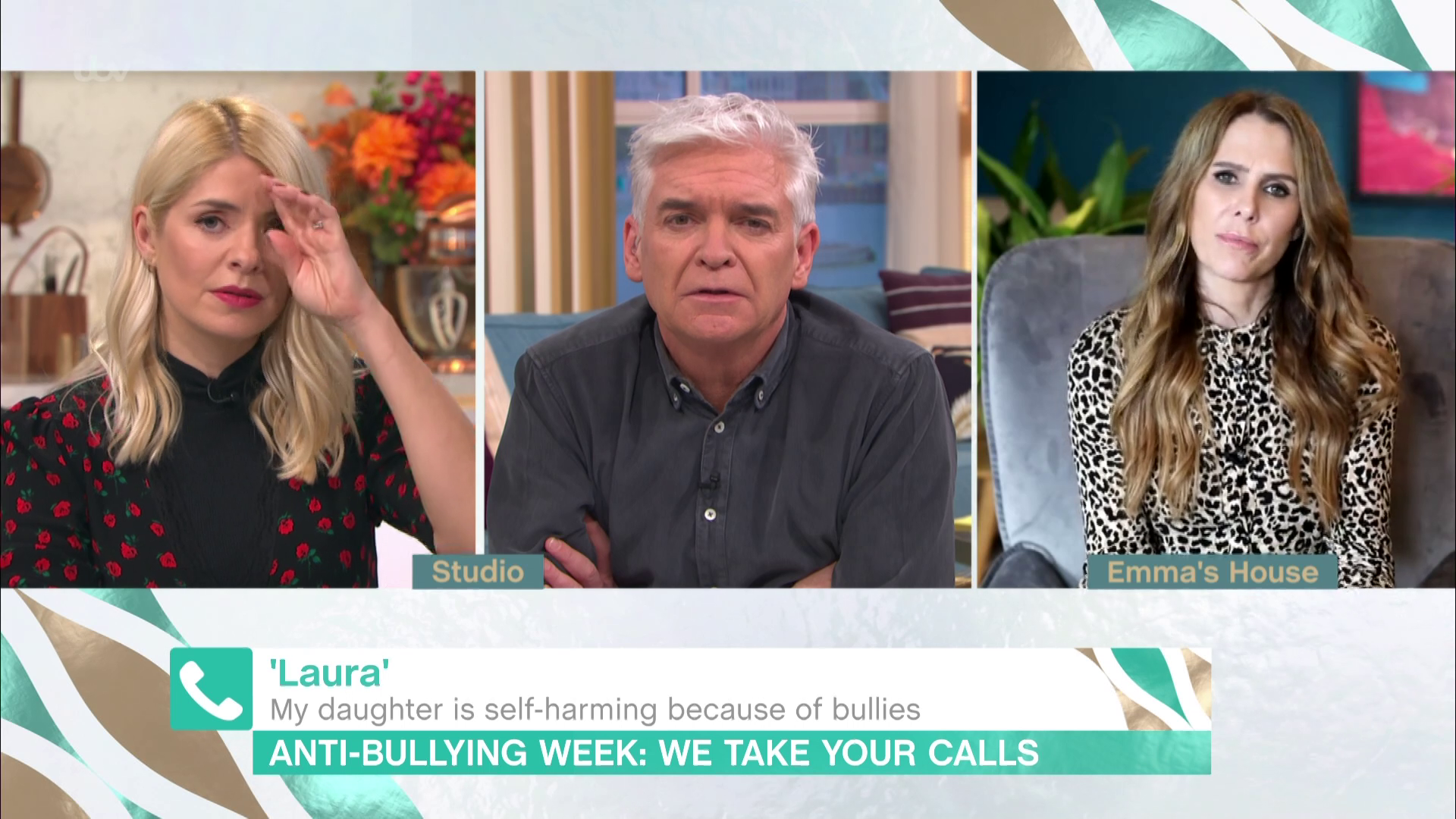 This Morning aired an emotional phone-in on the subject of bullies and how to deal with them.

Holly introduced one, saying: "This is really worrying. This is your 12-year-old daughter and she's been being bullied for the last six months. How bad have things got?"

Mum Laura replied: "Very bad due to her self-harming.

"It's all down to falling out with friends, spreading horrible rumours, taking the mickey out of her hair, because she's ginger. 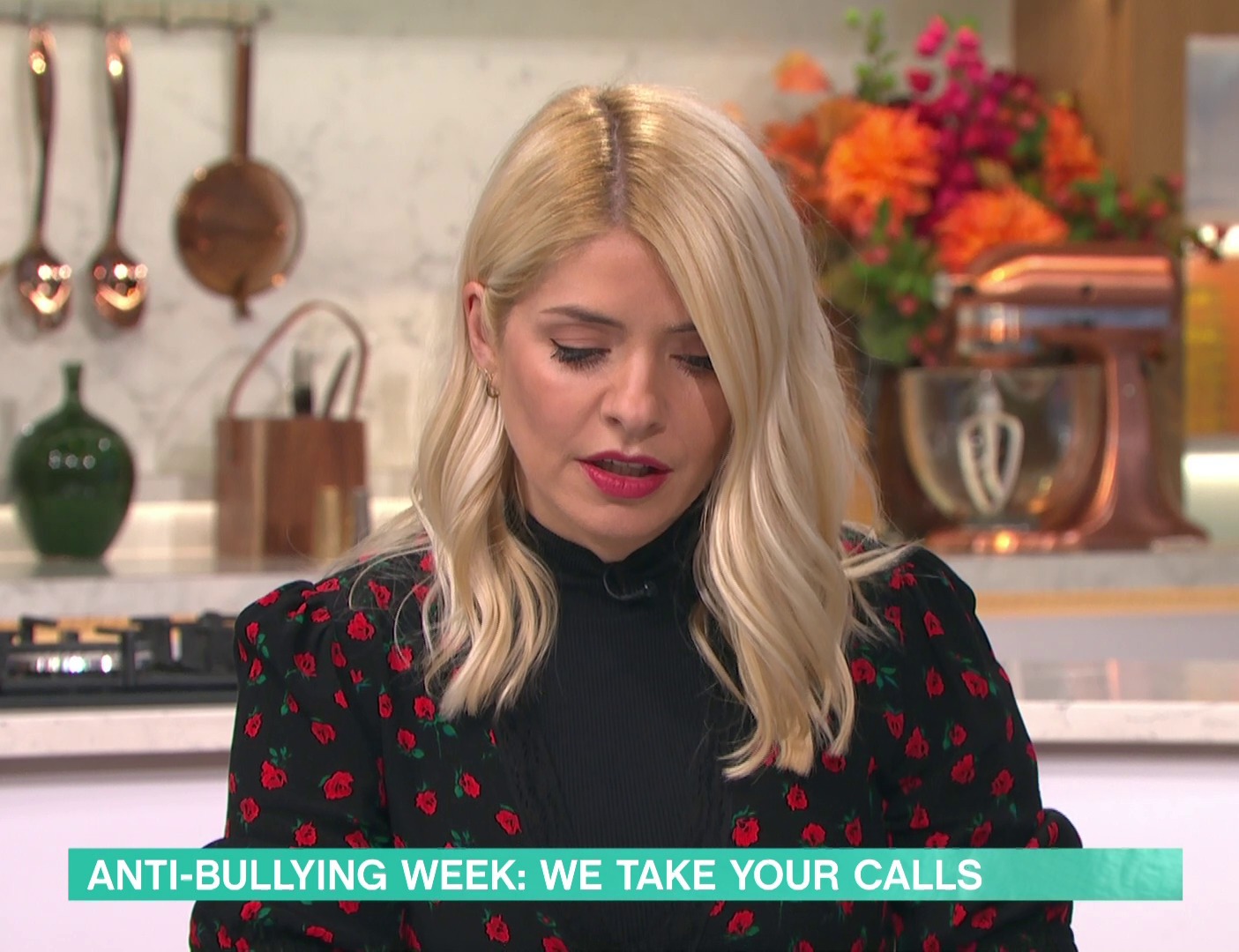 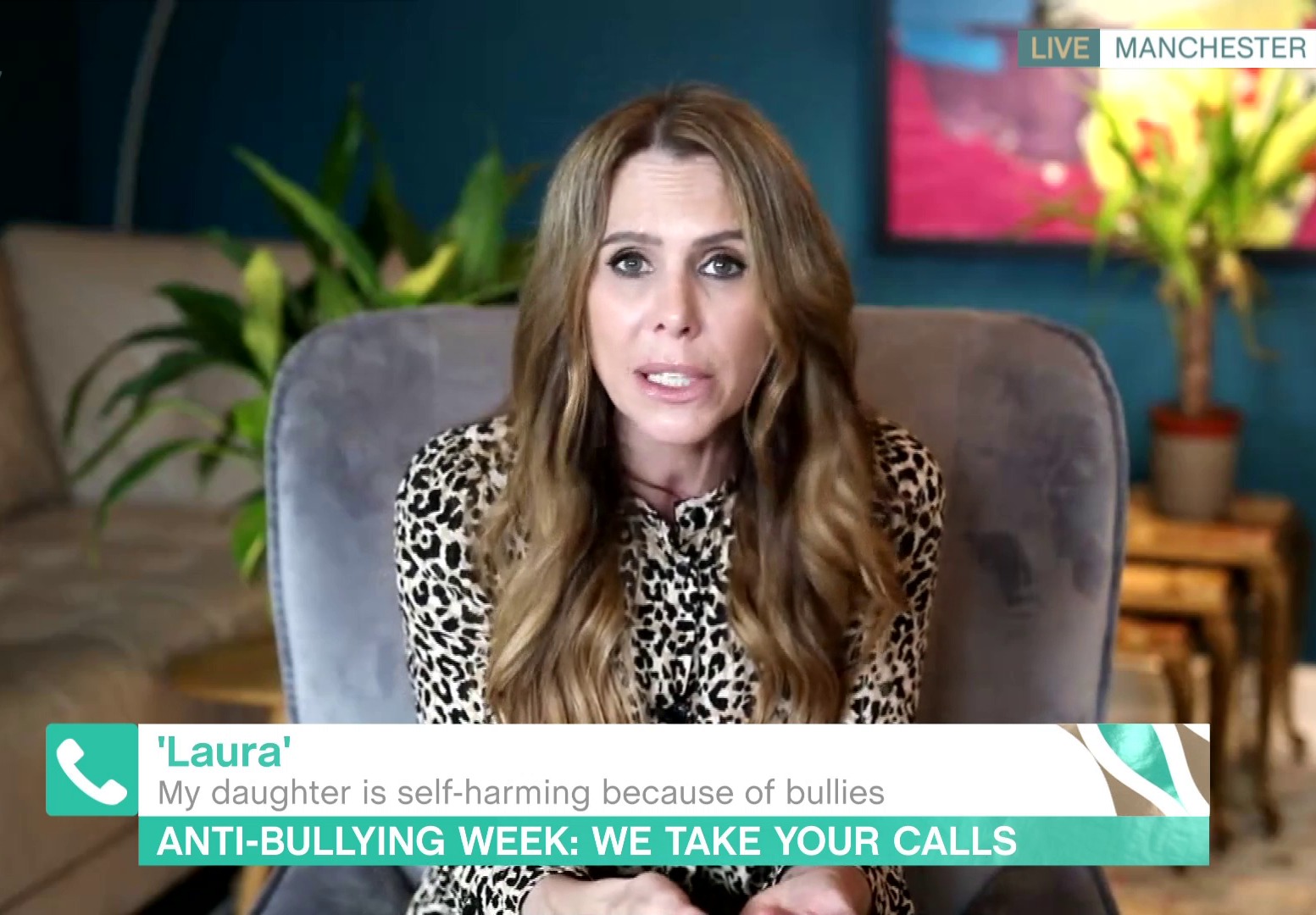 "She's even got to the stage of dying her hair. She's not wanting to eat, she can't sleep. I've spoken to the GP but she doesn't trust anyone any more."

Phillip explained that the youngster had blocked her tormentors on social media but they had found other ways to get to her.

Her mum explained: "Yeah they set up groups and silly things like that with pictures of her."

Holly then branded the situation "so awful" calling the bullies who turned on their former friend "so cruel". 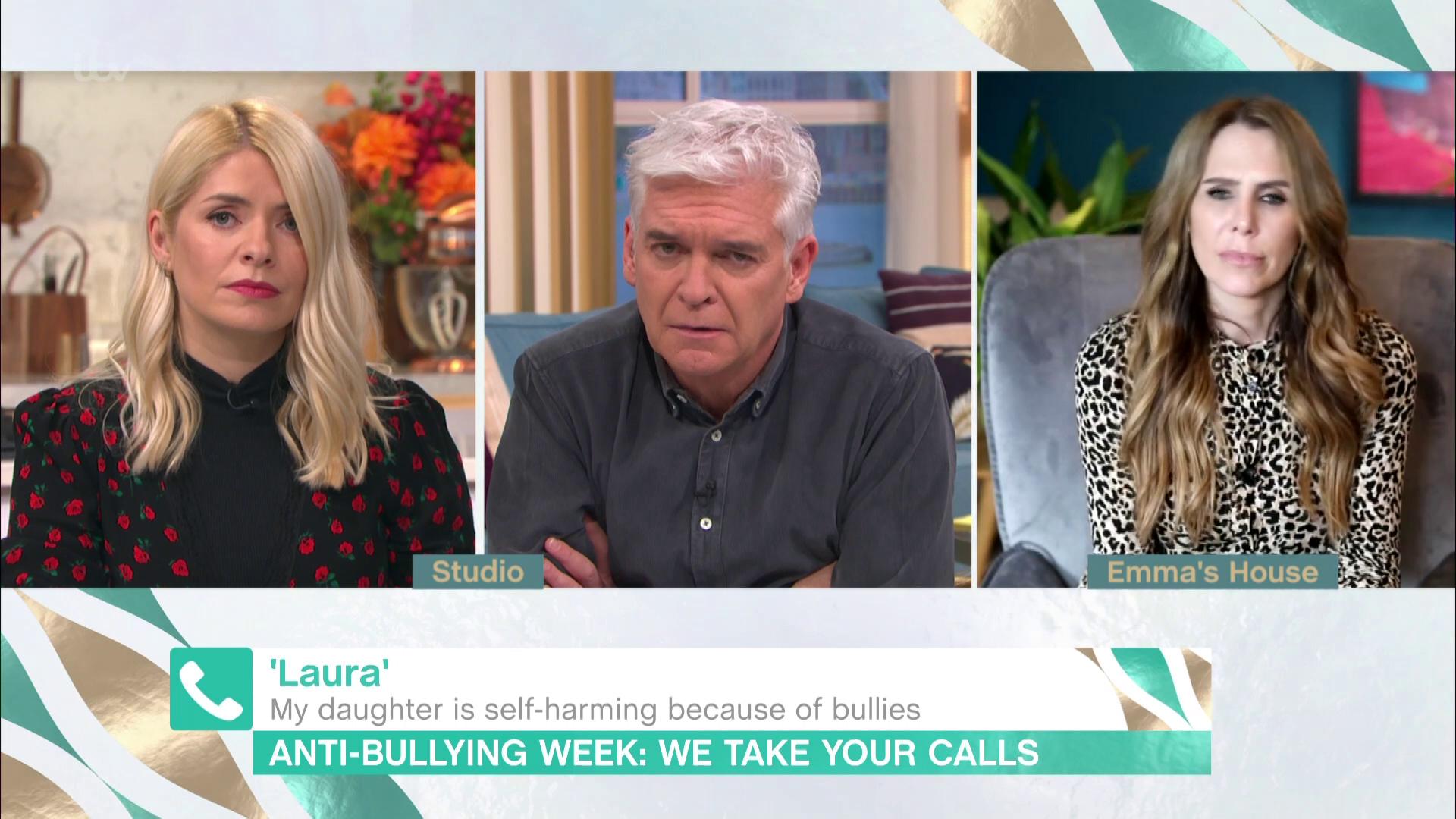 The mum added of her daughter: "She's gone from a really loving caring girl to a demon because she's had enough."

Expert Emma Kenny advised the child to come off social media entirely for a period and said the school should support her, saying it could even be a matter for the police.