A trailer for Big Brother VIP has shown Thomas Markle Jr, half-brother to Meghan Markle, writing her and Prince Harry a new letter from within the reality show’s hotel.

The upcoming series of Big Brother VIP, a spin-off from the Australian version of the TV franchise, features stars among the likes of political candidate Caitlyn Jenner, Married At First Australia star Jessika Power and Neighbours actor Bernard Curry.

Thomas Jr, who shares a father with the Duchess of Sussex, is also in the house, having described his half-sister as ‘shallow’ in a teaser ahead of the launch.

In a new trailer, the 54-year-old vows to write another letter to Meghan and her husband, who are currently living in California with their children Archie and Lilibet after their decision to step down as senior working members of the royal family.

Thomas Jr says that he’s ‘famous’ for writing letters, in possible reference to the letter he reportedly wrote to Harry explaining to him why he shouldn’t marry Meghan.

‘You know I’m famous for writing letters. I’m going to write a letter to Meghan,’ he says ominously in the trailer. 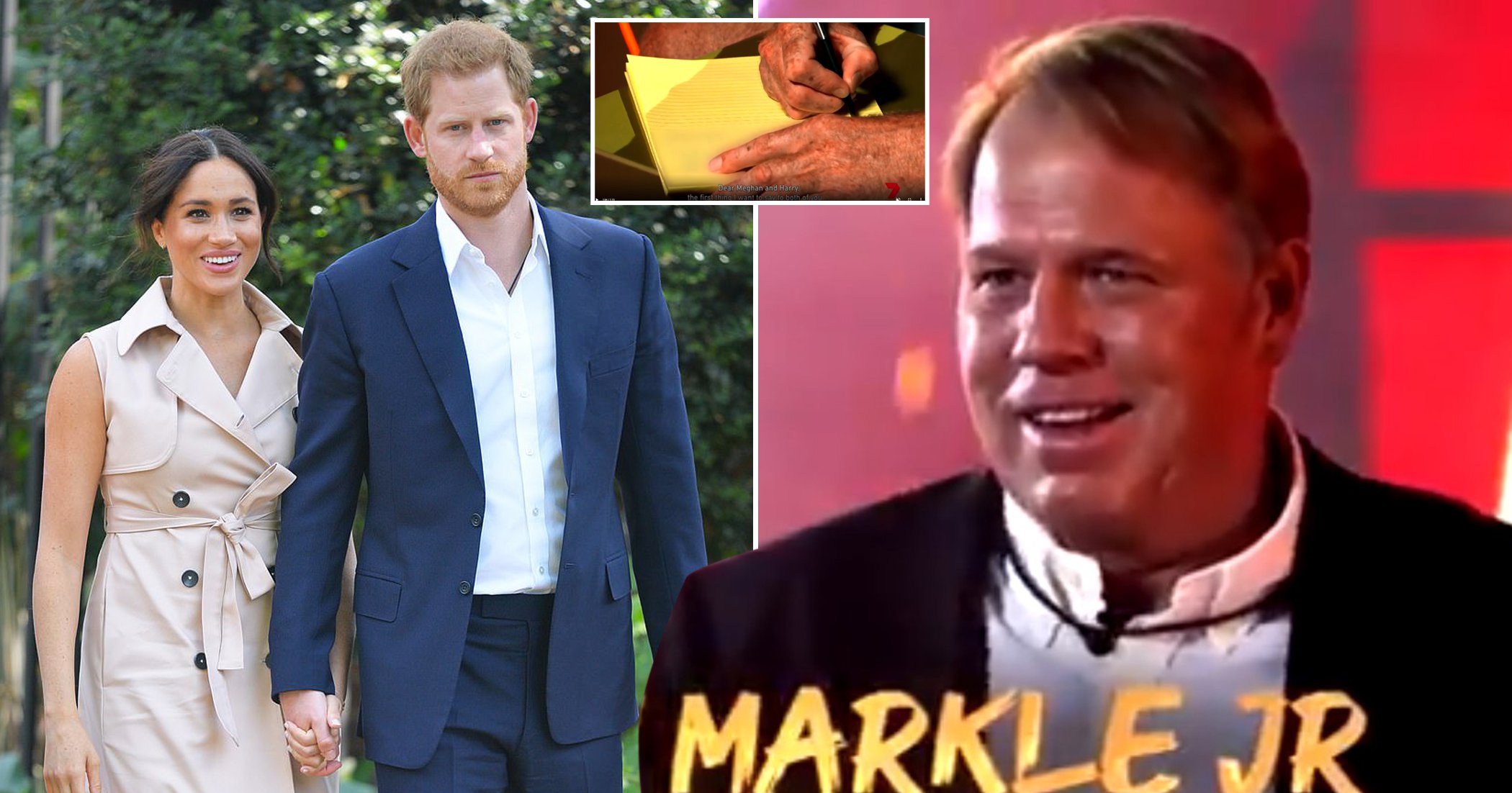 He’s then shown writing on a piece of paper, penning the message he’s going to send to his sister and his brother-in-law.

‘Dear Meghan and Harry, the first thing I want to say to both of you…’ he says in a voiceover, before a question appears on the screen that reads: ‘What’s in the letter?’

The new trailer for Big Brother VIP also shows Caitlyn having a discussion with several of her fellow housemates about being transgender.

In the previous teaser released for the reality show, Thomas Jr describes himself as ‘the biggest brother of them all’.

Thomas Jr, who is the only son of his father, also shares an older sister with Meghan, Samantha Markle, 56.

Ahead of the launch of the series, Thomas Jr hinted that he’s set to reach the final.

In a clip shared on Instagram, he joked that he plans on staying in Australia once his stint on the show is up, jesting about ‘hiding from immigration’ in order to remain in the country.

Big Brother VIP is set to air on Channel 7 in Australia.