A Thursday Night Football game that saw the Chicago Bears and Tom Brady’s Tampa Bay Buccaneers go down to the wire helped Fox to the top spot in Thursday’s primetime ratings, with the game scoring a 2.9 rating in the adults 18-49 demographic and 10.07 viewers.

Last night also saw the return of Supernatural (0.4, 1.13M) in the first of the longtime CW supernatural drama’s final seven episodes in its delayed final season. That led into the Season 3 premiere of The Outpost (0.1, 500,000).

Supernatural did overtake in the time slot NBC’s debut of its pandemic-themed comedy Connecting (0.3, 1.65M), which is subbing for Brooklyn Nine-Nine on the network’s fall schedule. The ensemble comedy from Martin Gero and Brendan Gall and produced by Universal TV is about a group of friends trying to stay close, and sane, through video chats.

NBC’s night also included Seth Meyers’ foray into primetime with the election special A Closer Look (0.2, 1.41M), followed by Dateline (0.4, 2.59M), which was steady in the demo week over week.

Big Brother (0.9, 3.86M) was the night’s second most-watched show but was also dinged by two tenths compared with last Thursday. After Young Sheldon and Mom repeats, CBS capped its night with CBS All Access’ Star Trek: Discovery (0.2, 1.81M), off a tenth. 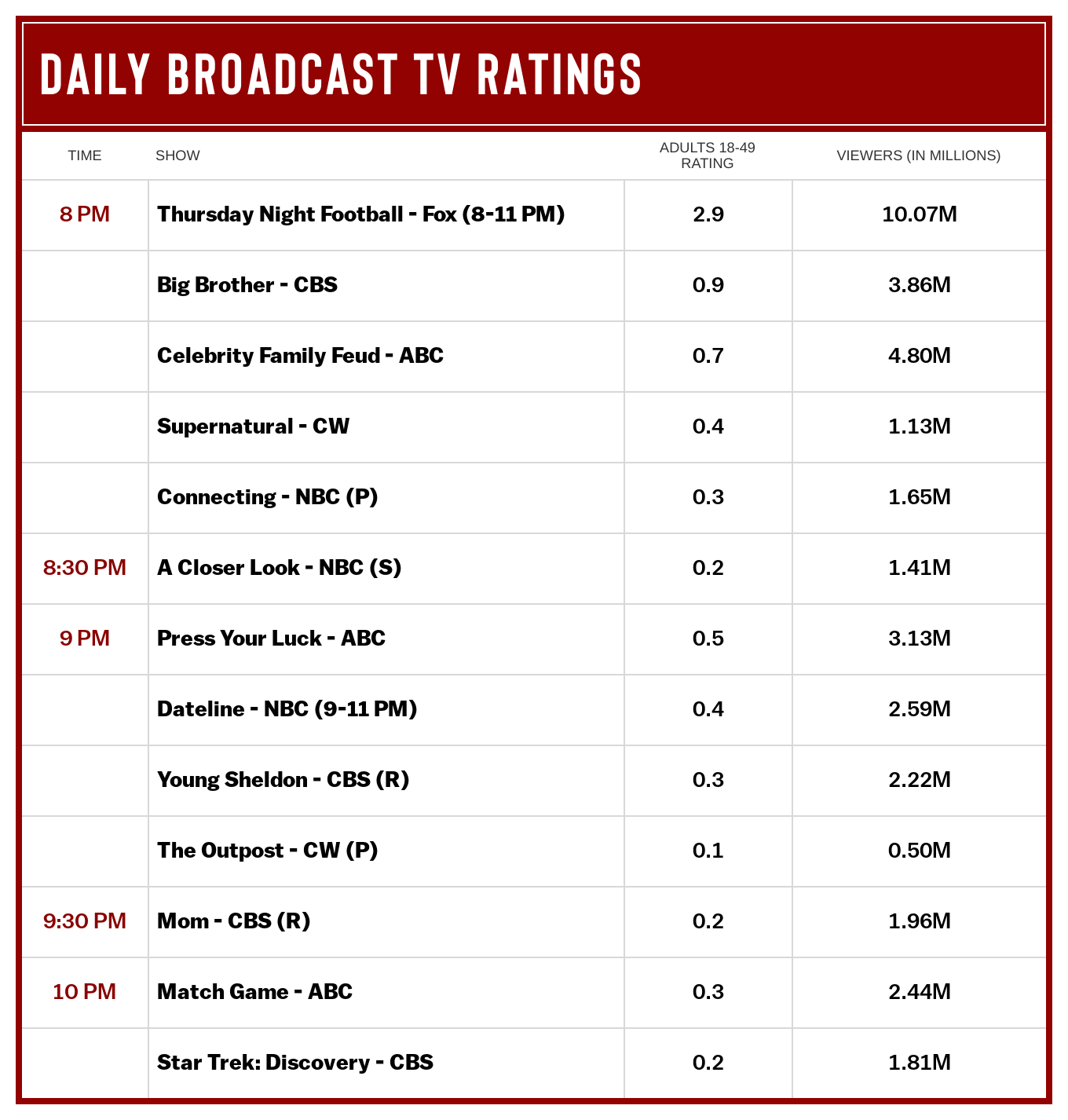